Amazon is pushing to dominate the grocery home delivery game, now more than ever. The e-commerce giant announced on Tuesday that it’s waiving the monthly fee it charges customers for using its Amazon Fresh service.

Until now, Amazon had been charging Prime members an extra $14.99 a month for using Amazon Fresh, the company’s two-hour grocery delivery program. As VP of grocery delivery, Stephanie Landry told CNBC the new perk will set Amazon apart from the array of similar services out there. These include Instacart and Fresh Direct, which both charge a monthly or yearly membership fee for their use.

“I think that this offering is truly a game-changer and that this is going to grow into one of the most beloved benefits of Prime,” Landry said during the interview.

She went on to describe the value of Amazon Prime, which currently costs $119 per year, and includes bonus features like Prime Now, Prime Video and Amazon’s streaming music service. While Prime Now already includes free Whole Foods deliveries on orders over $35, Amazon Fresh will give customers the ability to shop for thousands of supermarket items, including perishables such as meat and dairy.

“Every time we invest in the services that customers love, we expect that to grow sales for sure,” Landry continued. “We’re really happy investing in this offer so that Prime members are using us even more.”

Aside from investing in the future of grocery delivery via its beta drone program, Amazon has also made a major investment in its mission to cut its famous Prime two-day delivery down to one-day shipping.

According to the company’s Q3 earnings report, which was released last week, spending on making the delivery initiative a reality is costing Amazon billions of dollars. Amazon spent 50% more on shipping and fulfillment in the third quarter of 2019 than it did during the same time period in 2018, adding up to a total of $9.6 billion. That sum also includes investing in its drone program, among other experimental methods of delivery.

Amazon Fresh is the latest attempt by the company to monopolize the online food shopping market. Prime members will have the new perk rolled out to them gradually, with existing Amazon Fresh users or those who’ve placed Whole Foods orders, due to receive it first. 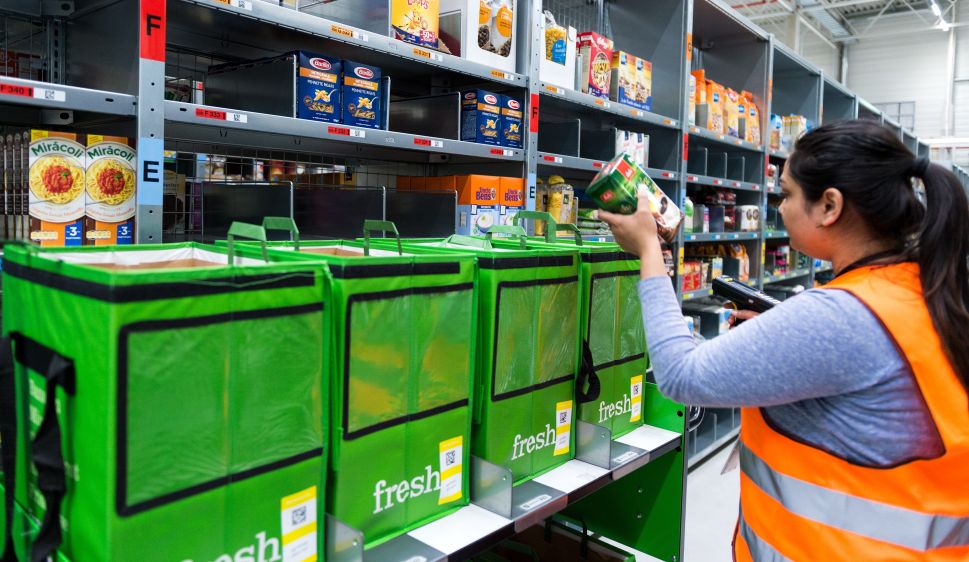