Apple users closely following the progress of the Hong Kong protests have recently noticed that Apple has quietly removed two apps widely used by pro-democracy protestors from its China App Store: a news app by Quartz, which has covered the protests in depth for months, and a location app called HKmap.live used for tracking real-time protest hotspots in the city.

Quartz said it received a notice from Apple on September 30, saying its news app was taken off the platform because it included “content that is illegal in China.”

Regarding the location app, which provided more practical use for people who live in Hong Kong or are interested in participating in the movement, Apple CEO Tim Cook gave a more detailed explanation to his employees in an internal letter on Thursday.

“It is no secret that technology can be used for good or for ill. This case is no different,” Cook wrote in the letter obtained and reviewed by Reuters.

He went on to explain that, after reviewing “credible information” from users and the Hong Kong Cybersecurity and Technology Crime Bureau, Apple determined that HKmap.live was used “maliciously to target individual officers for violence and to victimize individuals and property where no police are present.”

Those favoring the app contended that Apple’s reasoning was groundless, because the app doesn’t show locations of individual police officers. “This makes no sense at all,” wrote Maciej Cegłowski, a developer and social activist who has recently been living in Hong Kong, on the tech blog Daring Fireball. “It shows general concentrations of police units, with a significant lag.”

In fact, Apple had already removed HKmap.live from the China App Store once before and then briefly reinstated it. It took the app off again on Wednesday—one day after the Chinese state newspaper People’s Daily bashed Apple for helping Hong Kong protestors “engage in more violence.”

“National and international debates will outlive us all, and, while important, they do not govern the facts,” Cook wrote in the internal letter. “In this case, we thoroughly reviewed them, and we believe this decision best protects our users.” 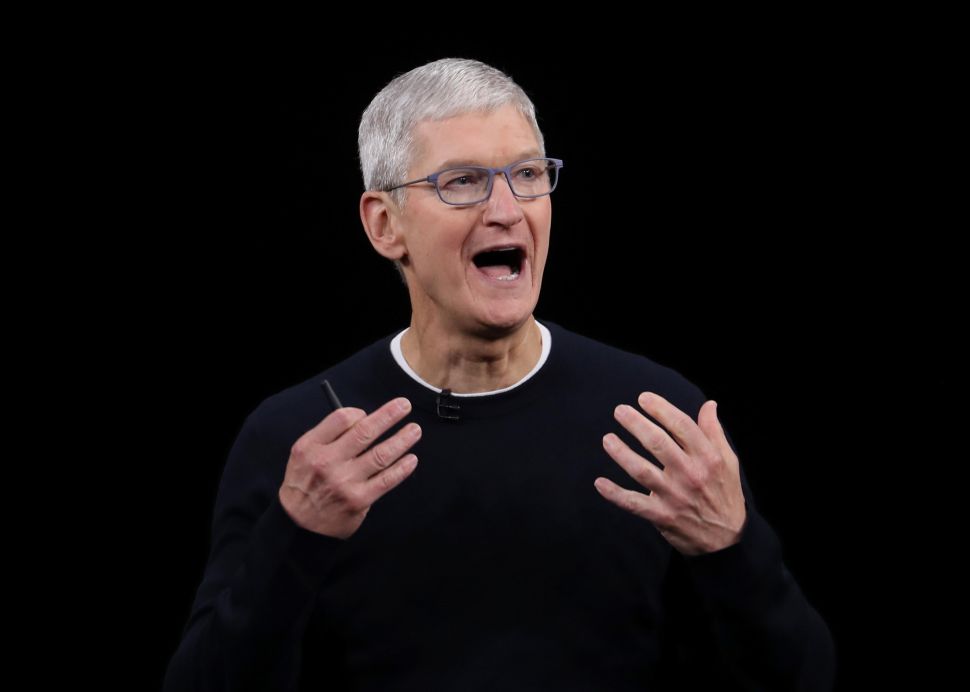