I recently visited the bank. To serve me, its customer, the institution that holds my meager savings (but would really prefer to sell me a mortgage) presented me with a choice. I could join a 15 person-deep line to see the lone teller on duty, or visit one of the branch’s four ATMs.

This is just an anecdote and a quotidian one at that, but the banking industry has an obvious preference for machines over people. Big banks are also big employers: more than one million people work at the country’s 10 biggest banks, according to Statista. The thing about banks is that they are there to deliver profits to their shareholders, and the people are expensive.

Big banks like Wells Fargo realize this, which is why that bank believes machines will eliminate the teller position and cut up to 200,000 other banking jobs over the next decade.

While workers across all job sectors may someday have to compete with machines for their daily bread-winning wage work—the dystopian near-future upon which ex-Silicon Valley executive Andrew Yang is basing his presidential campaign—no industry in America is spending more on ways to eliminate the human factor than banks. Using machines like ATMs to deal with the public rather than other human beings is an example of a “technological efficiency,” one of the labor-saving shortcuts the banking industry is spending $150 billion a year to develop, as Bloomberg reported.

Jobs most likely to go first are the jobs already in short supply. Tellers and other employees at bank branch locations and the call center employees dealing with your lost ATM card will be the first to go, as Wells Fargo senior analyst Mike Mayo told the outlet.

As much as a third of jobs at branches, bank offices and call centers will go. At least for now, banks will still rely on people to do sales, consult and offer financial advice. Already, banks are cutting down on their workforces: front-office employment at banks decreased for a fifth consecutive year in 2018, according to Bloomberg.

Traditional middle-class job sectors like manufacturing—the literal means of production which offered workplace organizers a simple and straightforward opportunity—have been seen as most at risk to losing ground to robots. Manufacturing stands to lose up to 20 million jobs worldwide by 2030, according to a recent analysis. And outfits like the U.S. military have recently signaled their preference for completing complicated tasks, such as calling in artillery strikes, with machines.

But big banks’ plans to go digital show that white-collar workers also have much to fear from a robot revolution—and if bank jobs go away, it’s not immediately clear what sector would be able to offer so many people a viable alternative with similar duties and pay.

To this, one could argue that the machines are already here—and, as my experience demonstrated, they present a quicker and more efficient alternative to dealing with a person. But it’s also a self-fulfilling prophecy, and there is something deeply ironic about banks, which employ people but prefer to use machines to deal with the people whom they charge to use checking accounts and to whom they market credit cards and other products that cost money to use, warning the public—including the people they employ—that machines are soon to replace people. But at least banks are offering fair warning of what they’re doing. 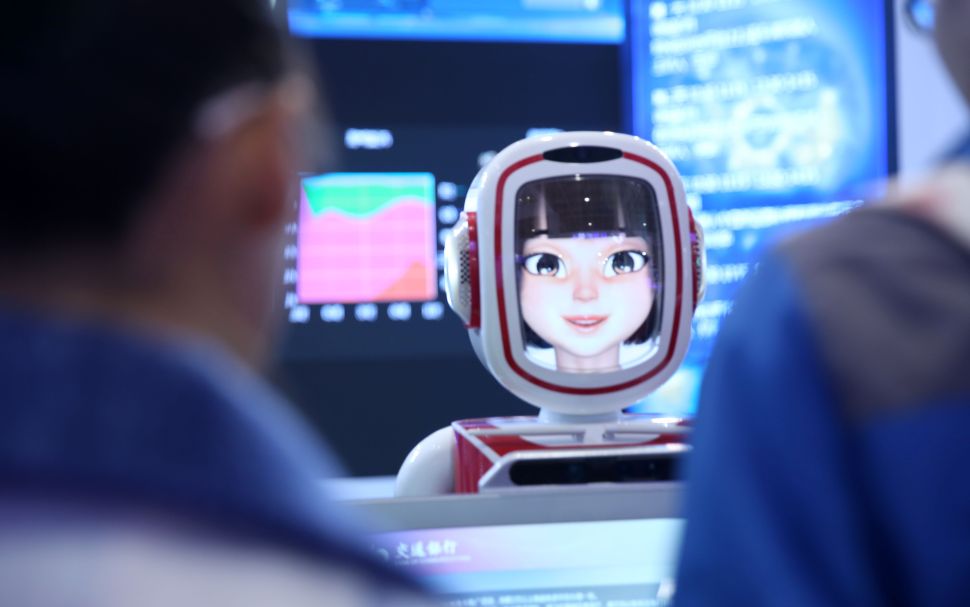