In the year 2019, the name Jean-Michel Basquiat has long since been immortalized in museum retrospectives and Gagosian shows. Basquiat’s politics-soaked, helter-skelter, graffiti-grandeur painting style had made him a legend even before he passed away from an overdose at the age of 27, and continual interest in his work (both before and after his death) has sent auction prices skyrocketing. In 2017, a 1982 Basquiat work called Untitled that depicts a black skull on a blue backdrop sold for an unprecedented $110.5 million at Sotheby’s, and the artist’s designs have recently found their way onto everything from skateboards to sweatshirts. Therefore, fall auction season is the perfect time for the resurfacing of Downtown 81, a film that featured a young Basquiat at almost the exact moment in time when he began making art.

Made nearly 40 years ago in New York City, Downtown 81 is a film that was written by the late style scribe Glenn O’Brien and directed by Edo Bertoglio, showing a day in the life of an emerging artist and starring Basquiat as himself: a young genius scrambling to raise money for rent so he can reclaim the apartment from which he was just evicted. The film was first shown at Cannes in 2000, and a newly restored edition of Downtown 81 is coming to Metrograph theater in Manhattan, where it will be screened from October 24 through November 1.

Basquiat is such a singular person to watch he basically justifies the movie all by himself, but the art stars that the painter interacts with throughout the film do double duty when it comes to placing Downtown 81 in a particular moment in time. This was post-punk New York, when “no wave” music was spilling forth and Debbie Harry was name-checking hip-hop legend Fab 5 Freddy in music videos. Both Harry and Fab 5 Freddy appear in Downtown 81, Harry as a bag lady who turns into a princess when kissed by Basquait; after which she gives him a big bag of cash.

Throughout the movie, Basquiat also guides the viewer to concerts by Kid Creole and the Coconuts, James White and the Blacks and DNA; interacts with indie punk producer Marty Thau and the designer Maripol; and hangs out with the “punk violinist” Walter Steding. All in all, it’s a who’s-who of the CBGB set before CBGB got turned into a sweatshirt slogan. 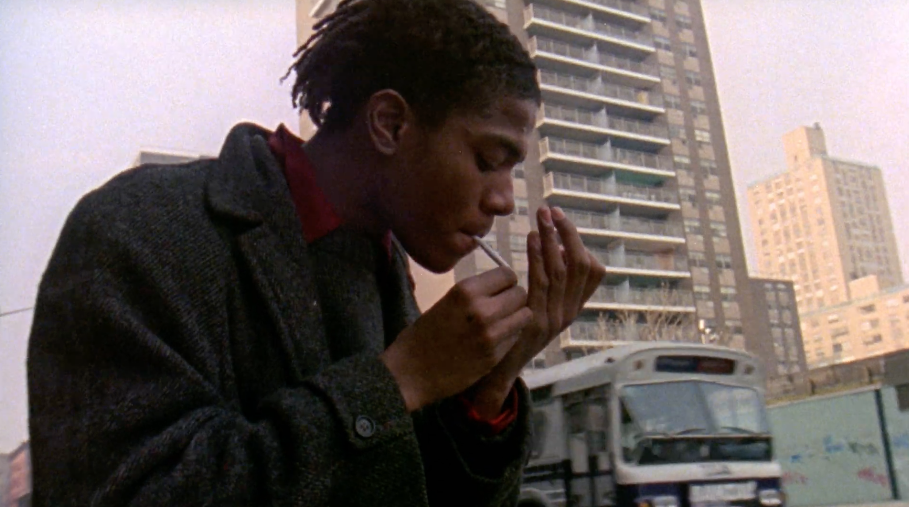