If you are a working woman commuting daily in New York City, it doesn’t take long to notice the crop of lifestyle startups that are taking up subway ad spaces touting unheard-of products and services in bizarre consumer categories—The Wing, a women-exclusive social and working space; Zola, an online wedding-planning service; and LOLA, which makes an innovative tampon—just to name a few.

These companies share a common thread: they are all headed by a female CEO and raised their seed money from BBG Ventures, a New York City-based venture capital firm that exclusively invests in companies founded by women. (There has to be at least one woman on the founding team.)

Susan Lyne, the former head of luxury retail site Gilt Groupe, founded BBG in 2014 with a mission to close—or at least narrow—the jarring gap in the amount of VC funding going into companies founded by men versus the amount backing women-founded ones. Even today, female entrepreneurs receive only 2.2% of the total VC funding invested in startups every year. (Male founders account for 85%, and the rest goes to mixed-gender founding teams.)

But that’s not necessarily because fewer founders are women. Since 2014, BBG has heard over 5,000 startup pitches in the U.S., many in the New York area, which “just tells you how many women are building companies,” Lyne said.

During a recent interview with Observer at Yahoo Finance’s All Markets Summit, Lyne discussed the complex reasons behind the VC funding gap between genders, how she selects her portfolio companies and the controversies around some of BBG’s star picks, as well as the firm itself.

Since BBG focuses on consumer startups, I’m sure you hear a ton of pitches on a daily basis. How do you screen these proposals at the initial stage?
First of all, we’d find out who the founders are and if they have an interesting background. The business idea is also important—it needs to have a big enough market and it needs to be something that is not currently out there.

Not to overly generalize, are there any common characteristics or qualities you look for in founders?
Well, the first thing I’d say is that it’s really hard to build a company. You are always going to have dark moments. Even some of our most successful startups have had to step back, rethink and re-pivot. So a founder has to be resilient. It is often very helpful to have someone who has worked in a startup or a high-pressure environment before—where they have learned enough about what it takes [to build a company].

She also needs to be a great recruiter and be able to identify people who can fill in her holes and at the same time can work well on a team. There are just so many plates you have to keep in the air at all times.

Speaking of dark moments, one of you star portfolio companies, The Wing, made a lot of news headlines about this time last year when a man filed a $12 million gender discrimination lawsuit against the company for excluding men from its space. What do you think of that lawsuit? Do you think the plaintiff had a point?
No, I don’t think so. I mean, there are plenty of places for guys to go and hang out. I think it was harassment, to be honest. There are sort of professional lawsuit starters in this space who are going after women starting anything that is female-only.

Have you faced similar criticism for excluding all-male teams in the VC circle?
We have definitely gotten questions about that. When we first started, there were a lot of VC friends who would say, “There just aren’t enough female founders to build a first class portfolio,” which has turned out to be ridiculous.

Sometimes we’d hear from people who are thinking about investing in our fund say, “You’ll be missing out on many big deals.” But honestly, every VC fund has a focus of its own: there are fintech funds, funds investing in only crypto, etc. We happen to focus on what we believe is the competitive advantage in the consumer space, which is having at least one female founder who intuitively understands the person she’s building products for.

I feel that the path of your firm has coincided with a rise of feminism in American society. Have you thought about how sustainable your women-only investment mission will be down the road? What if feminism goes out of style one day?
If 10 years from now, the larger VC world has suddenly caught up to the fact that women are a great investment and there’s a more even distribution of capital and we don’t see an advantage anymore, then maybe we would rethink it.

But you have to operate in the era you live in. In our case, it is the combination of a wave of female founders—who until 2010 were not really able to play in the startup scene—and the fact that the legacy VC world was kind of ignoring them.

What do your LPs think of this mission? Do they care about it at all or do they just look at fund performance?
Just like how founders try to find the right investors for their companies, we try to find the right investors for our funds. We’ll always meet someone who we just don’t click with. But there are plenty of people out there who are very interested in this mission.

When I was doing research for this interview, I was quite shocked to see that women only get 2.2% of total VC funding. Has the gender funding gap improved since BBG came around?
As a percentage, no, though if you look at hard numbers it has gotten better, because there’s more venture capital out there today than five years ago.

It’s the later-stage funding that’s really dominating big deals. If you look at early rounds—angel rounds, seed rounds and increasingly series A—it is becoming more gender-neutral. But, because women started later, most of women-led companies are anywhere from two years old to six or seven years old. They have not matured enough to be going after big dollars.

Are there any companies that you regret not investing in when you had the chance?
Oh, there always are. No question! Glossier, for example. By the time we could have invested in Glossier, it was valued at $30 million, which I thought at the time was way too high. Now, it’s valued at $1 billion.

I could probably give you a dozen more examples. But you have to be able to say, “OK, we missed on that one, but we made a lot of good bets.” 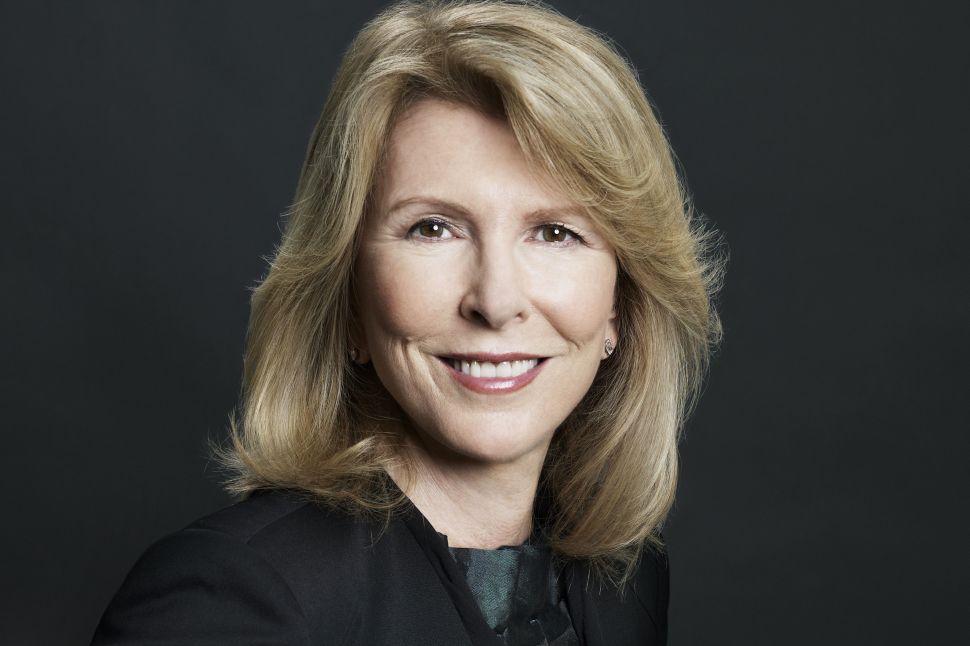