As you are likely well aware, bees are vanishing from the planet at an alarming rate. Need some stats? Last year in the U.S., beekeepers reported a loss of 40% of their bee colonies. And why is this a bad thing? Well, bees are responsible for pollinating one-third of all crops worldwide—fruits, vegetables, flowers, the whole lot.

No bees. No food pollination. No support for our $20 billion worth of crop production.

And our current government’s thumb is on the scale against bees; as Observer reported back in July, the U.S. Department of Agriculture (USDA) temporarily suspended data collection for its honeybee colonies report due to the Trump administration’s budget cuts and the lifting of former President Barack Obama’s pesticide ban.

If bees can’t adapt to climate change that could mean the end of the species. Bye-bye, bees. Bye-bye, our world’s food ecosystem.

As global warming threatens their extinction, what bees need is someone to champion their plight—yes, the plight of the bee. Thus, in this era when ordinary bees just won’t do, what the world needs is a “super bee.” And thankfully, Argentina-based startup Beeflow is working on developing just that.

Beeflow’s mission is to apply science to pollination. According to their website, the company is developing “organic molecules compounds to increase crop yields with bee pollination.”

So, how does one create a super bee? No, not with a radioactive insect bite, like the origins of Spider-Man, which would empower the bees like the ones Nicholas Cage encountered in The Wicker Man.

No. That’s merely a movie (and Cage’s finest acting hour). Instead, Beeflow is feeding bees a special nutrient-packed formula meant to enhance their immune systems, make the bees stronger in colder weather and teach them to “pollinate specific targeted crops.”

Beeflow’s CEO Matias Viel recently told CNN that when fed to bees once a week, the company’s plant-based formula, which contains sugar, and proprietary ingredients, enables our buzzing friends to do seven times more flights in cold temperatures than they ordinarily would be able to do without the additional nutrients.

Distinguished researcher Walter Farina—the current laboratory head of Argentina’s National Scientific and Technical Research Council (CONICET) and a professor in the Department of Biodiversity and Experimental Biology at the University of Buenos Aires—is also on the Beeflow development team, putting to use over two decades of experience studying bees’ brains, neurons and communication systems.

Yes, there’s quite a buzz about Farina.

Beeflow did initial tests with their formula in February 2019 at a major California Central Valley almond farm, where farmers were struggling to get enough bees to pollinate their nuts. Yeah, I know that sounds awkward, but almond farmers rent roughly between two and two-and-a-half beehives per acre during pollination season. Because of the diminishing bee population, the cost to do so has soared from $50 per beehive to around $230.

To judge the effects of global warming on a micro-level, California produces roughly 80% of the world’s almonds supply with a very short two- to three-week pollination period. Colder temperatures, dropping below 55 degrees, abate bees’ pollination performances during that crucial stretch of time.

Bees on the California almond farm were given Beeflow’s superfood to manifest these insects into super bees. The Beeflow team then focused on a specific group of flowers and monitored the number of bees that visited for pollination purposes—and they saw an increase.

A similar test done in Argentina saw a 90% increase in crop yield for almonds, blueberries, apples and kiwis. Back in August, Beeflow announced that it had raised $3 million in seed funding from Ospraie Ag Science, the venture capital arm of Ospraie Management.

In a time of climate crisis, an average bee can sadly no longer do the job. Thankfully, someone is on the case to save the world with super bees. 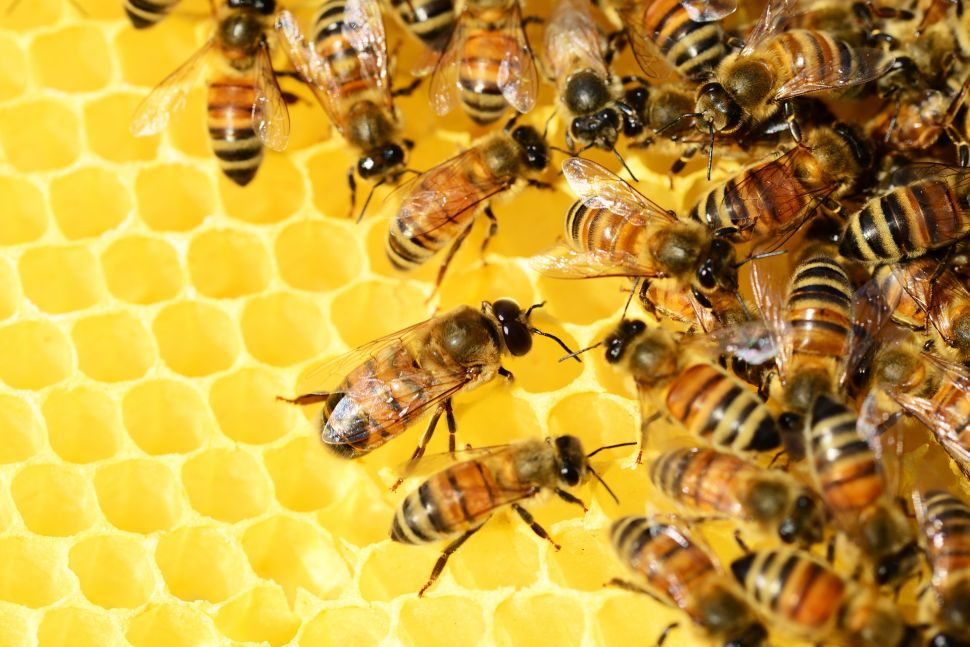