It has been over three years since Angelina Jolie filed for divorce from Brad Pitt, but the former couple is still figuring out the details of their complicated settlement.

The rather messy saga has included a custody battle and various court orders, and at one point Jolie alleged her ex wasn’t paying enough child support.

They’ve finalized some of the most important aspects of the divorce, per the Blast, including a custody arrangement in regards to their children, and the talks are “going smoothly.”

But it appears the exes are still figuring out how to divide their millions of dollars worth of assets, and according to documents obtained by The Blast, the two have now requested more time from the court to figure out how to work out their financials. Pitt recently requested the negotiations continue with a private judge, which Jolie agreed upon. Apparently, one of the biggest issues is what to do with Chateau Miraval, the historic property the pair bought for a reported $67 million around 2011. It’s also where they tied the knot in August 2014.

According to Us Weekly, the divorce negotiations are still ongoing largely because the “sticking point is the value of Miraval,” and Jolie believes she should be given the entire estate because it was “her idea to purchase the property to begin with.”

Pitt, on the other hand, thinks he’s “been ‘more than generous with other financial elements’ of the separation,” and reportedly offered his ex a one-time $10 million lump sum payment, which it seems Jolie declined.

The massive French estate is composed of multiple residential and non-residential buildings, the chapel that Pitt and Jolie married in, a farm and a huge vineyard—yes, that rosé you’re so fond of is, in fact, from Brangelina.

There’s also a recording studio on the property, which has been used by Pink Floyd, Sting and the Cranberries in the past—the vineyard released a new wine, Studio by Miraval, earlier this year to commemorate the property’s past.

Even though it’s not clear whether Pitt or Jolie will come out victorious when it comes to the French castle, the duo have both moved onto different properties back in the United States. While Pitt retreated to his longtime Los Angeles abode, Jolie set a record when she paid $24.5 million for the historic Cecil B. DeMille estate in Los Feliz in 2017. 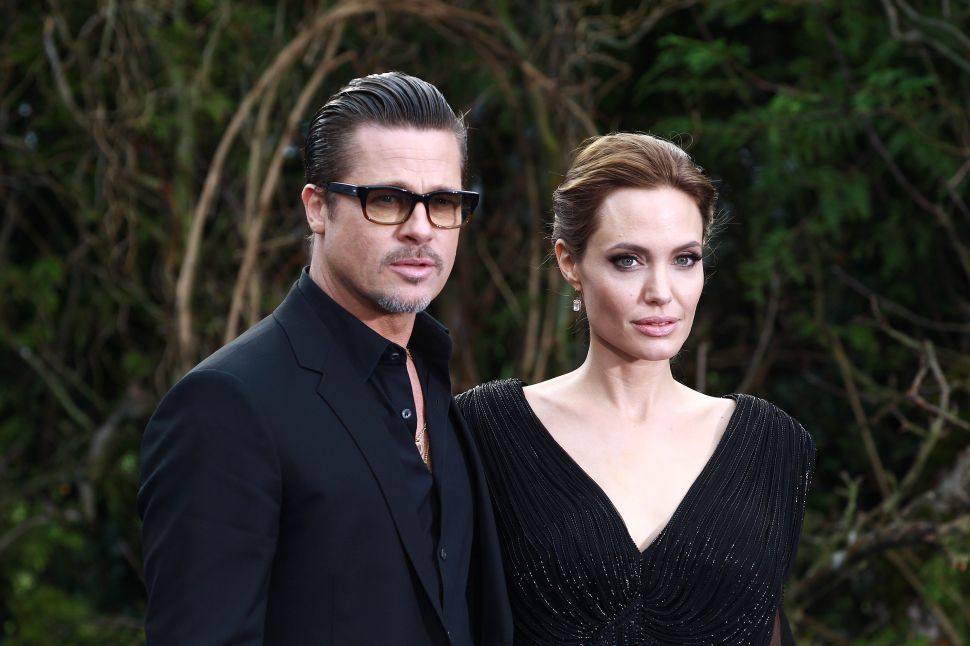