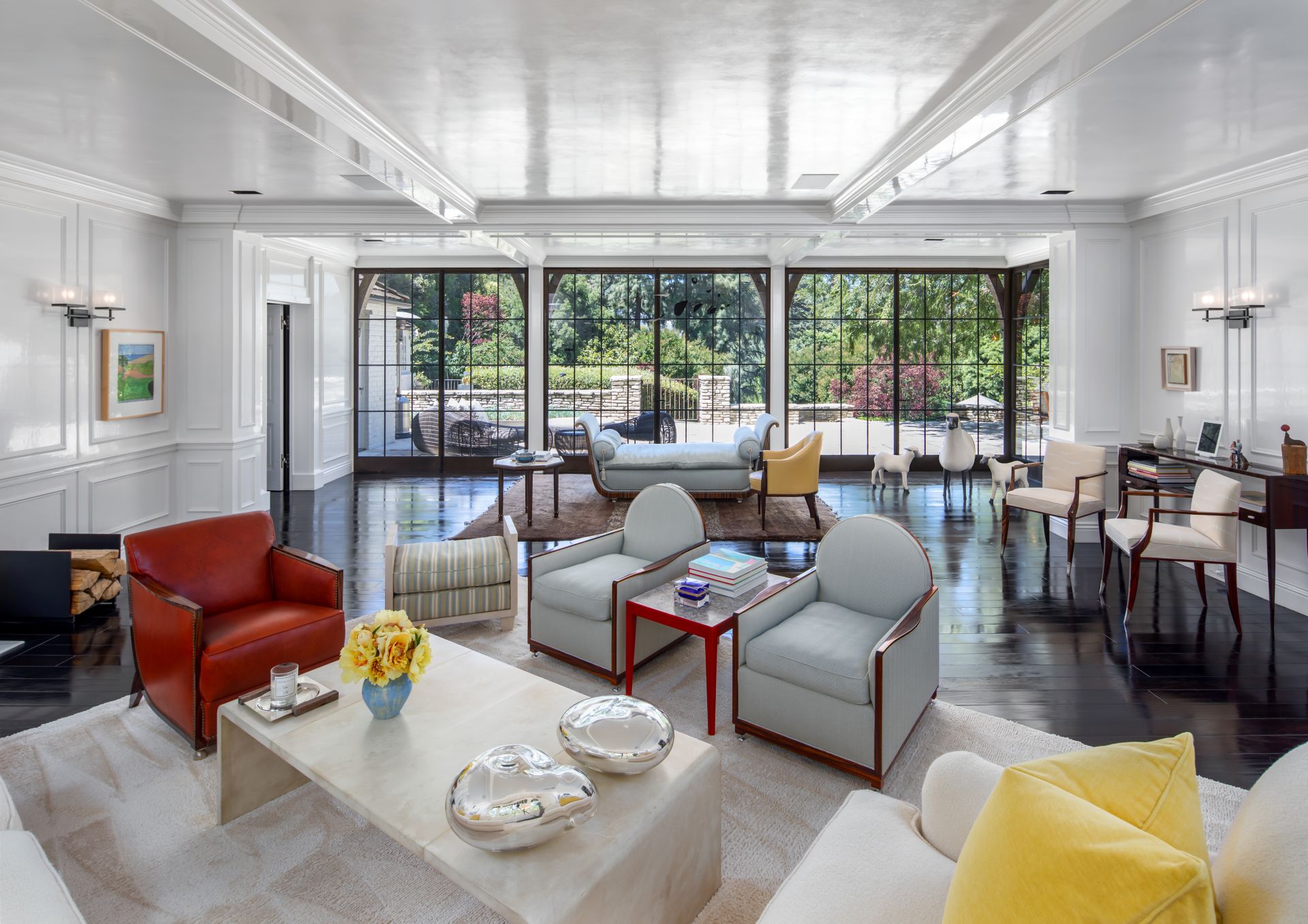 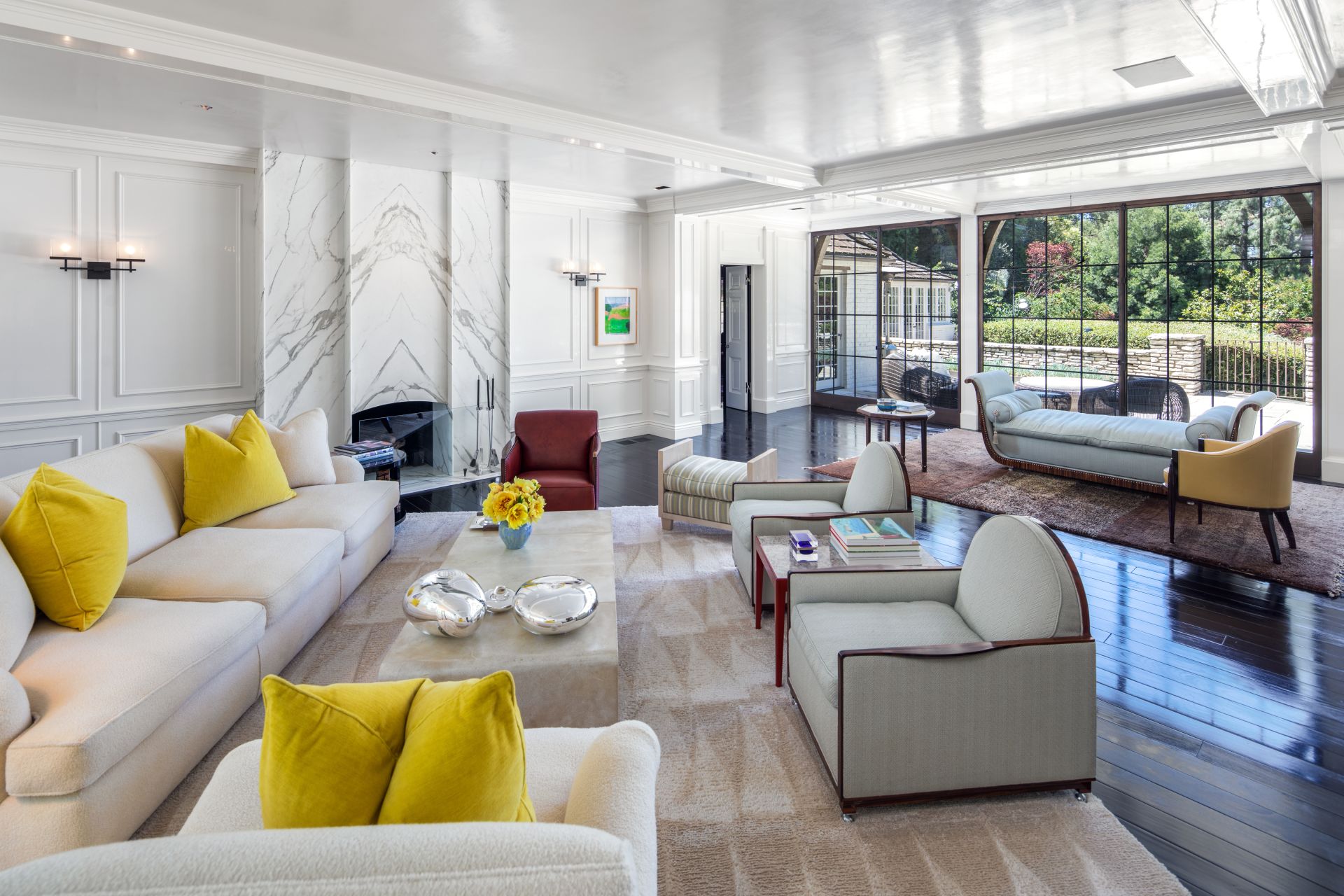 The house is now listed for $44.5 million, a discount from the original $49 million price tag.
Courtesy Hilton & Hyland 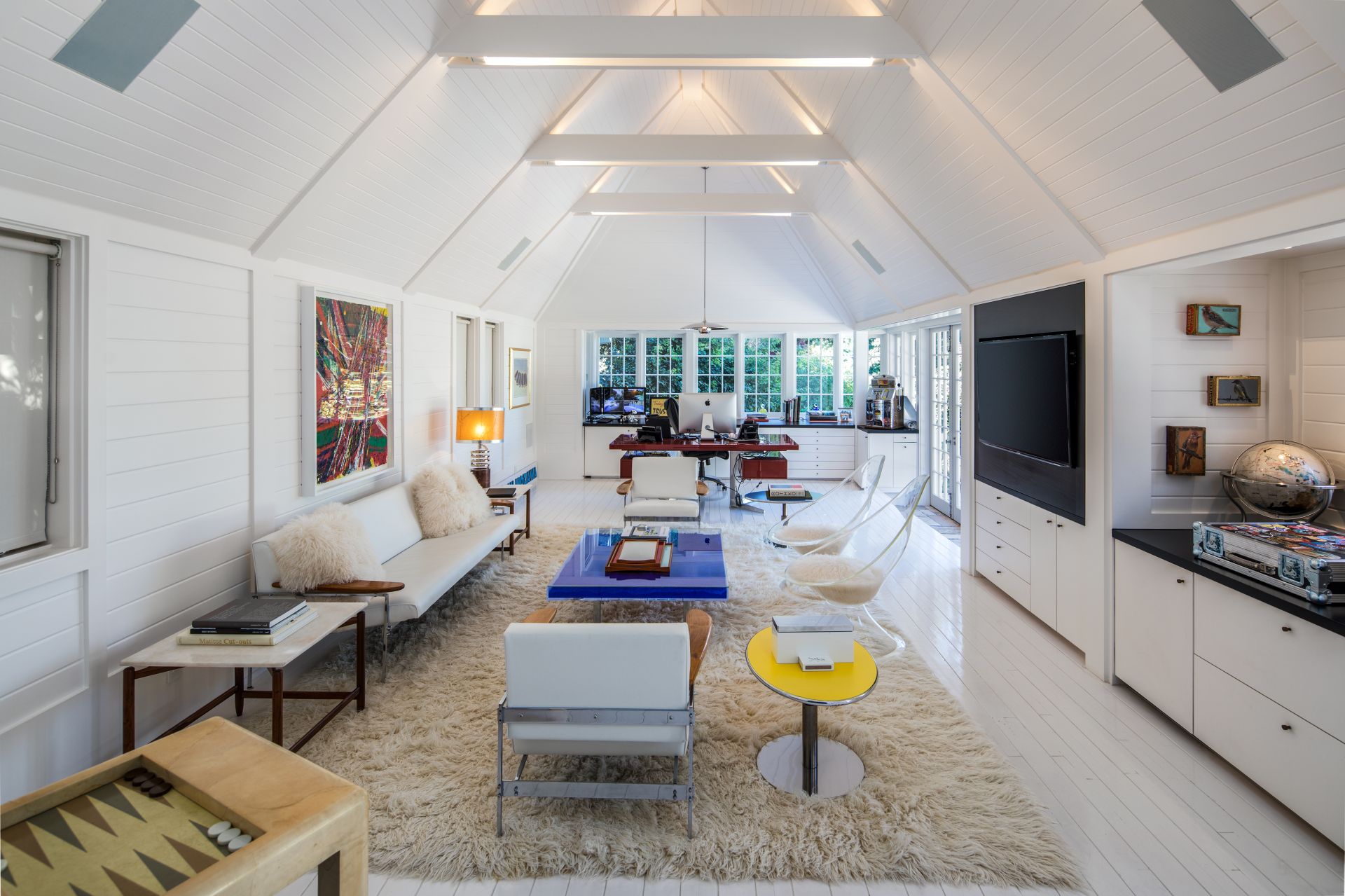 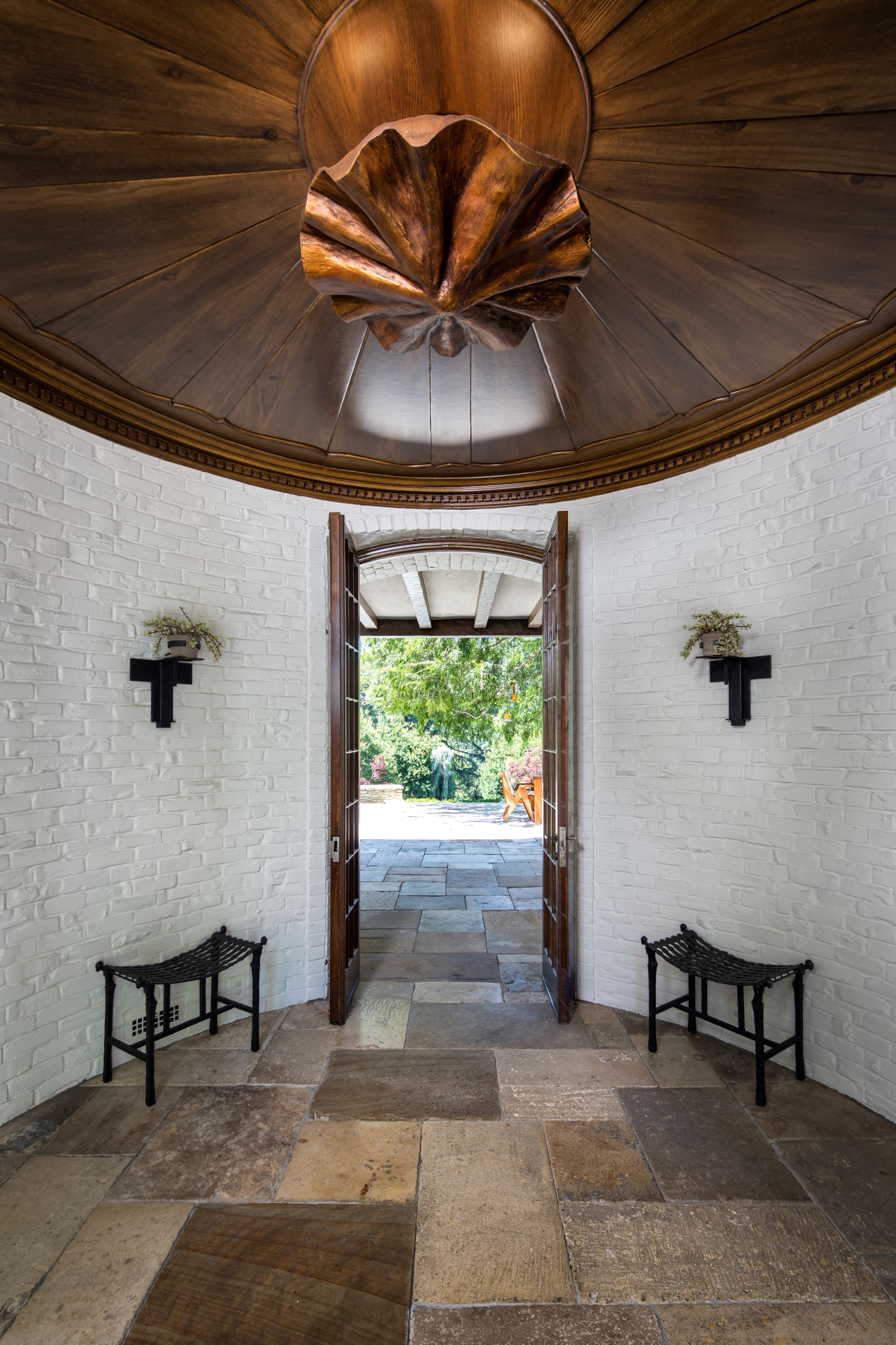 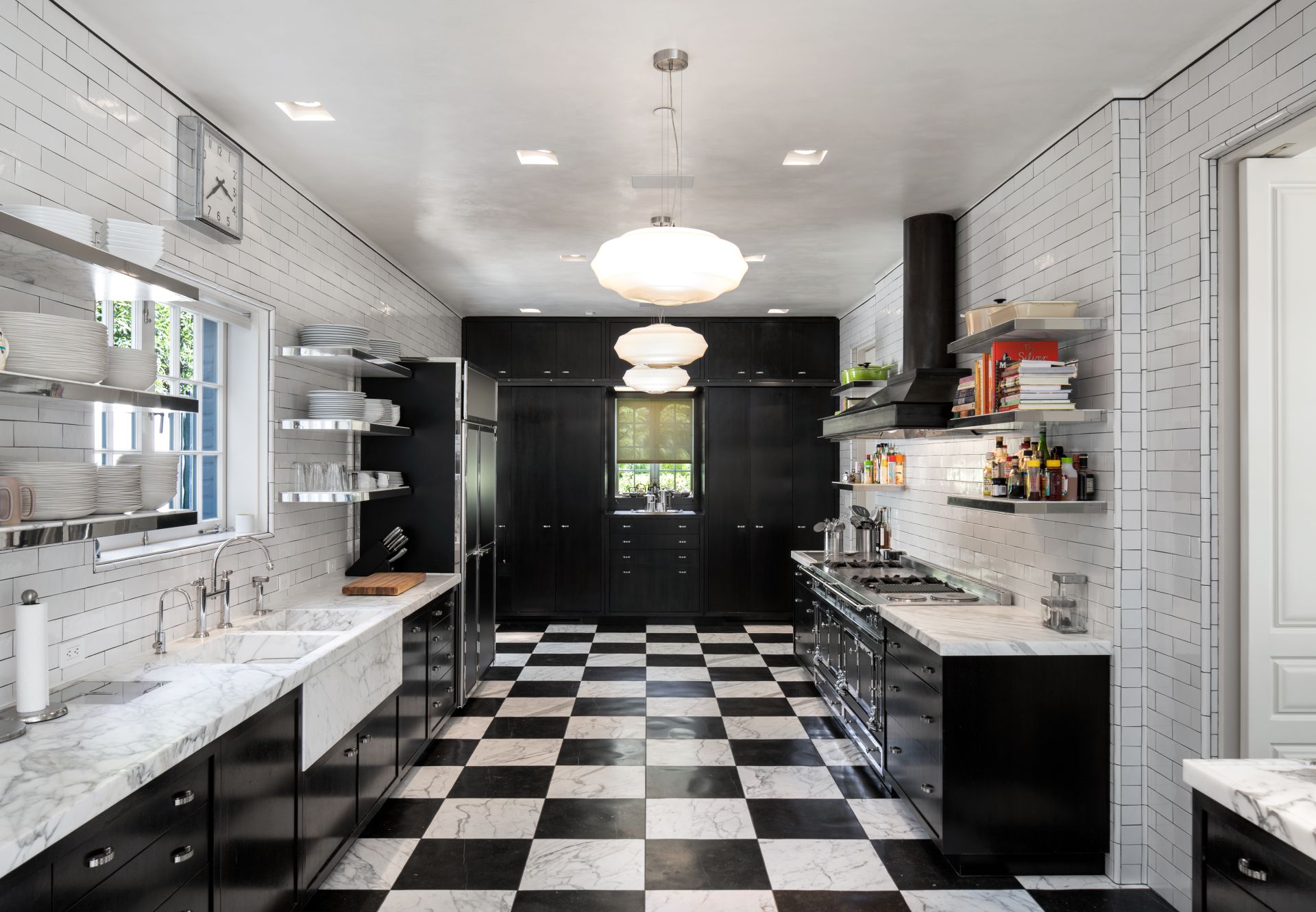 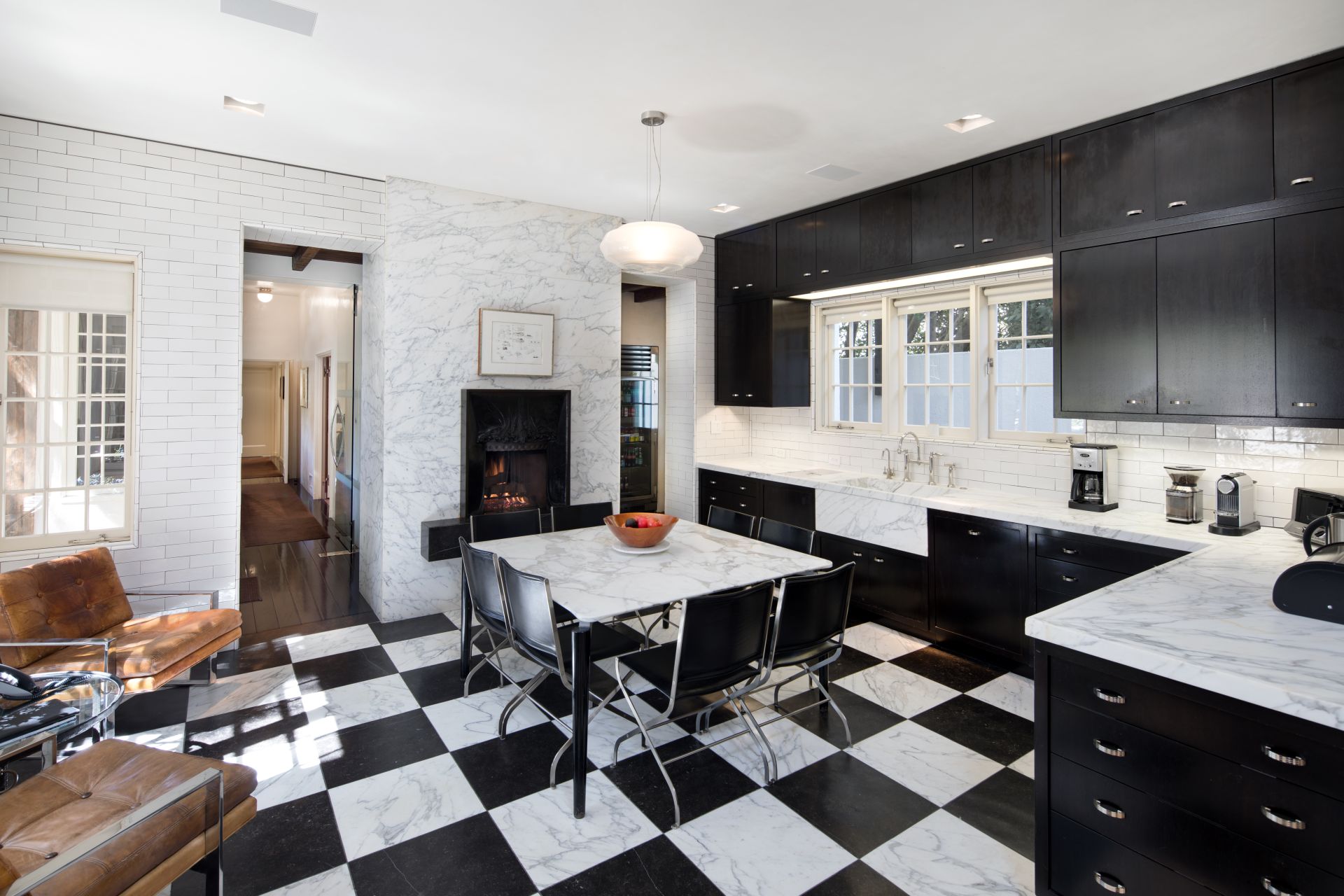 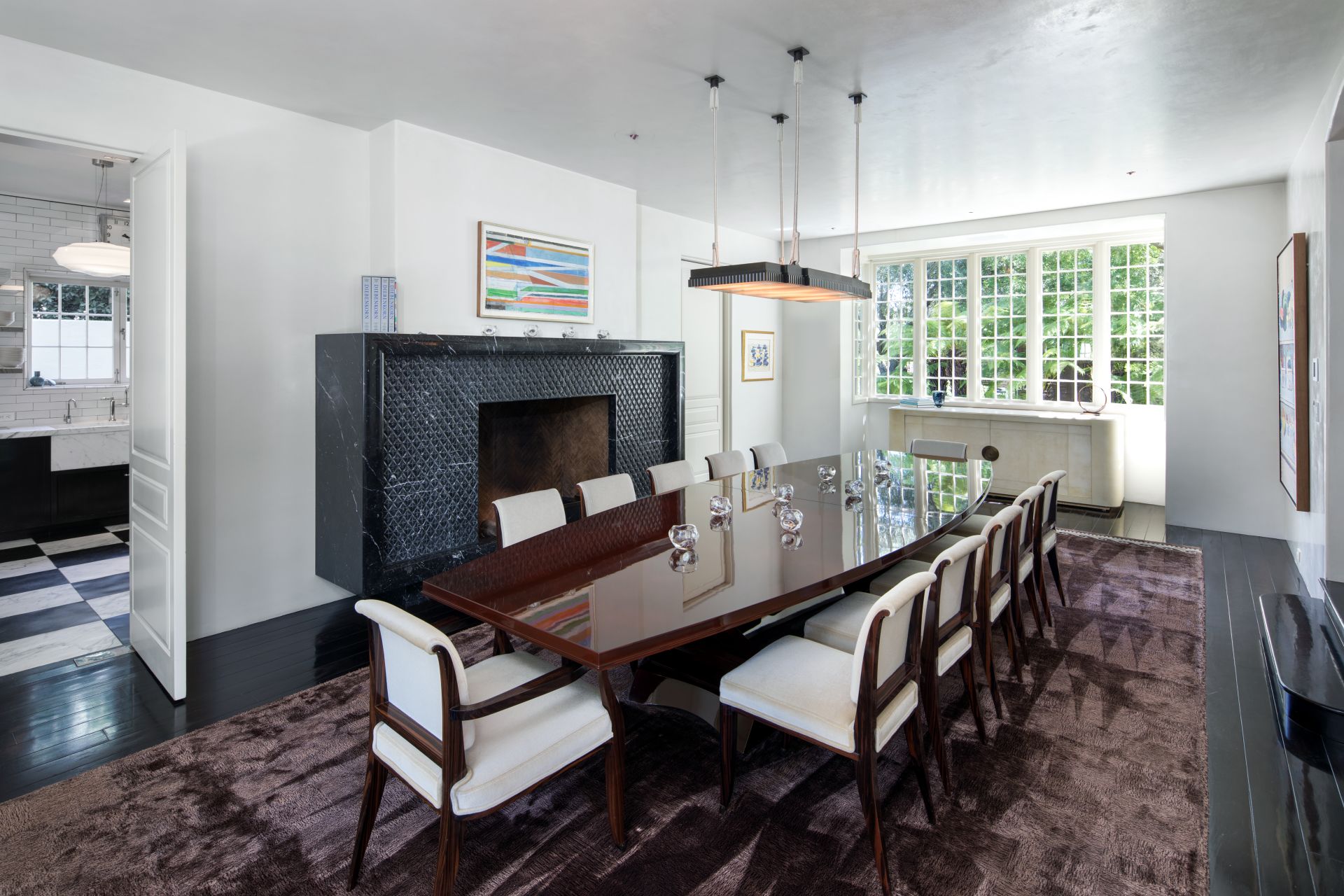 For your next 20-person dinner party.
Courtesy Hilton & Hyland
Advertisement 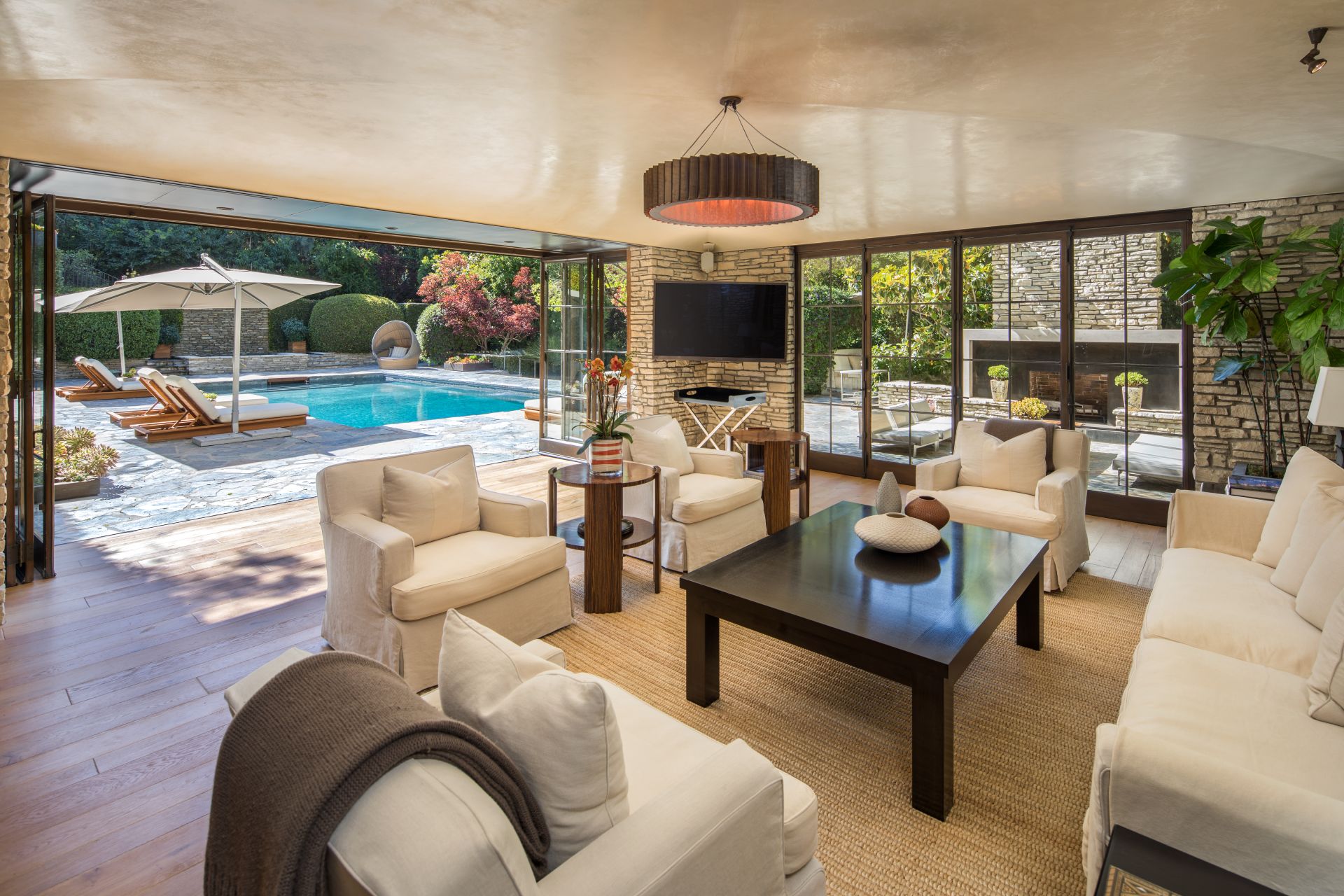 The lower level includes a bar and a sitting area that leads to an outdoor living room.
Courtesy Hilton & Hyland 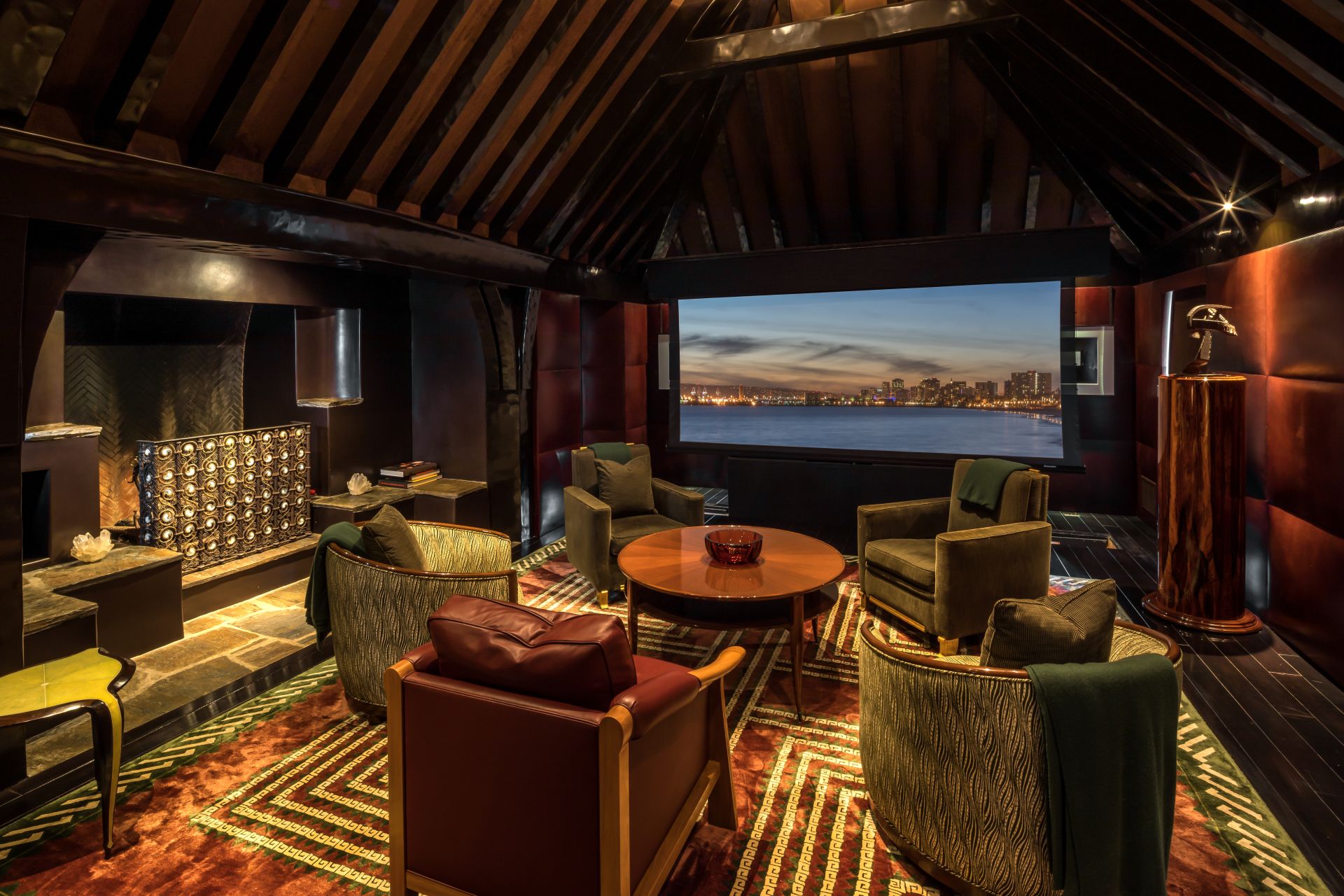 Both a bar room and a projection room.
Courtesy Hilton & Hyland 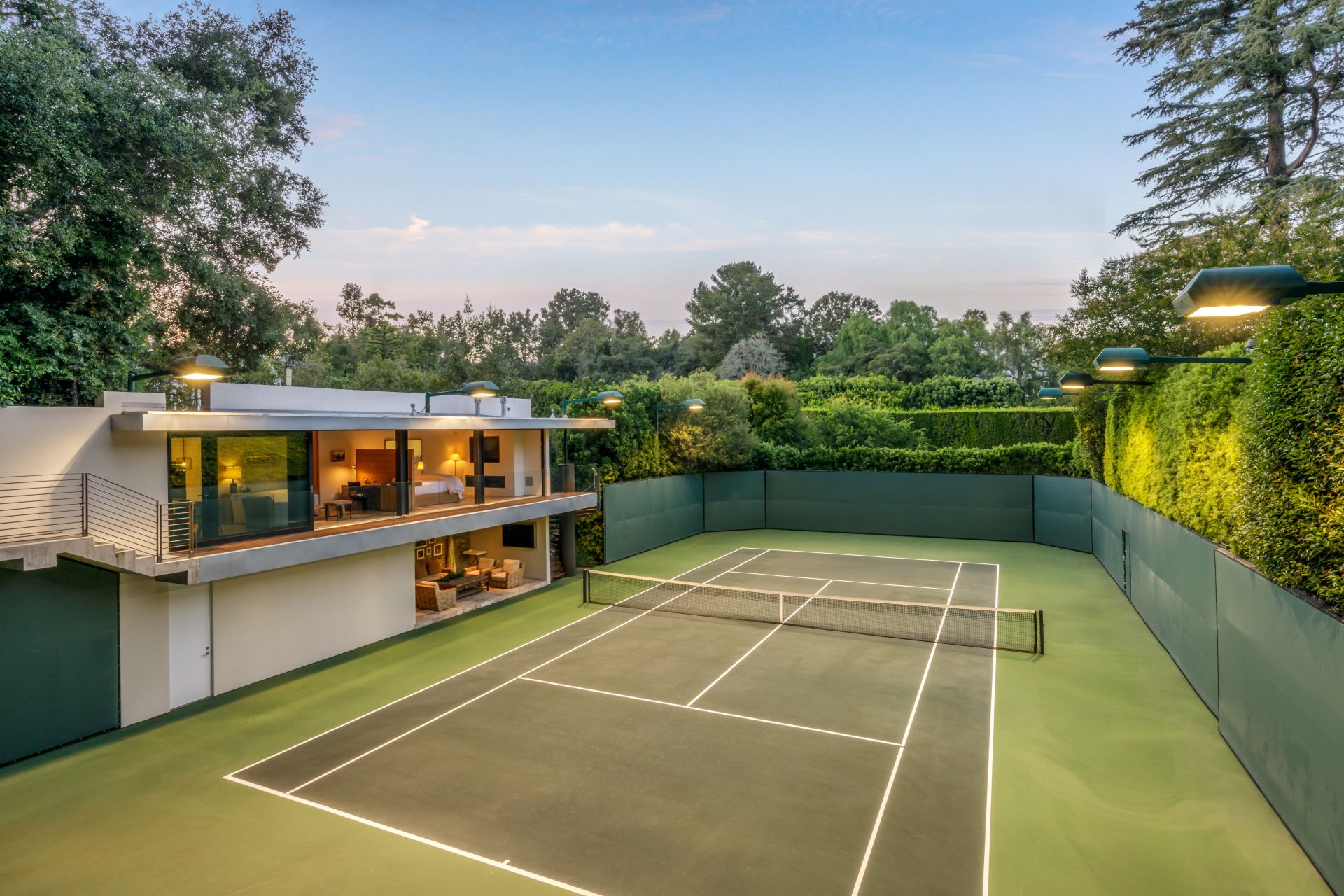 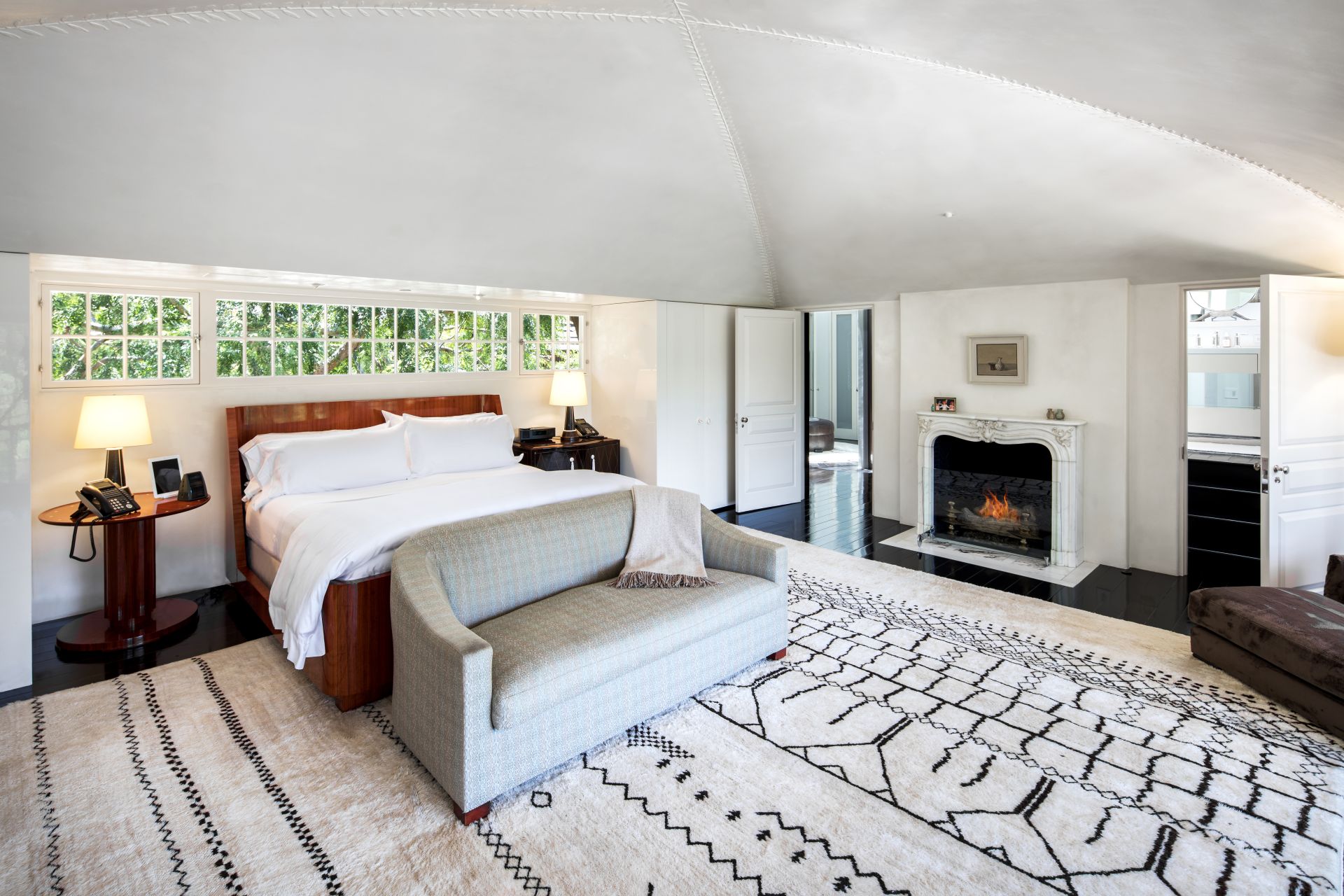 One of the five bedrooms.
Courtesy Hilton & Hyland 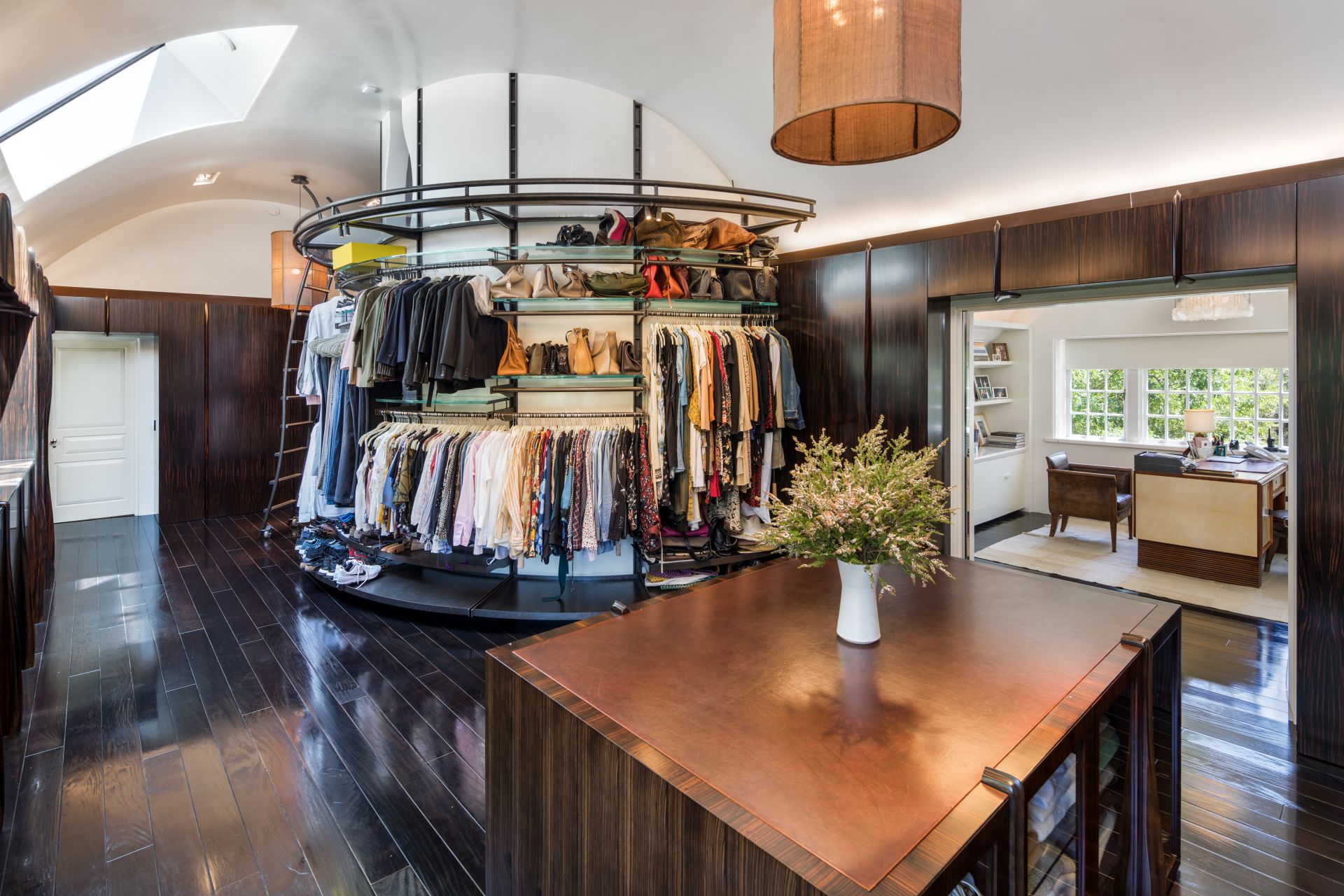 Quite the closet.
Courtesy Hilton & Hyland 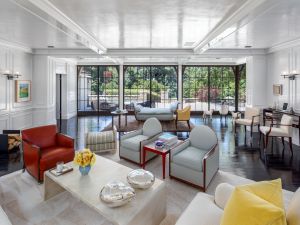 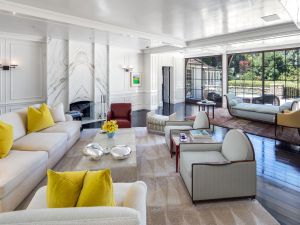 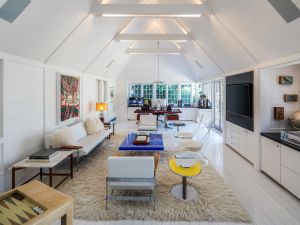 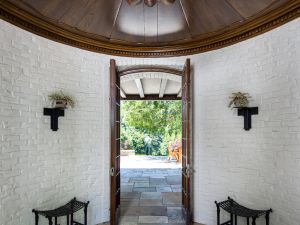 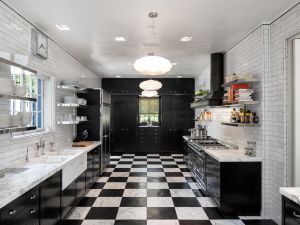 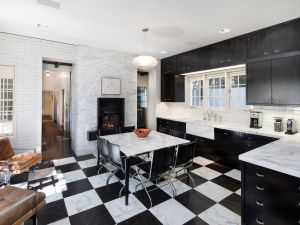 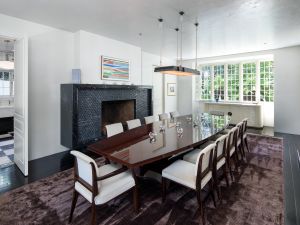 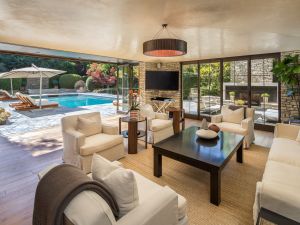 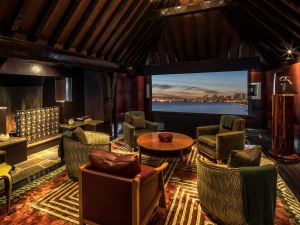 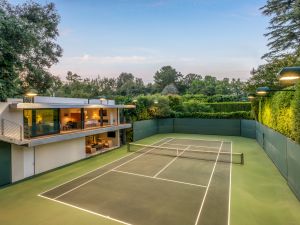 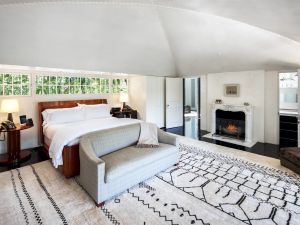 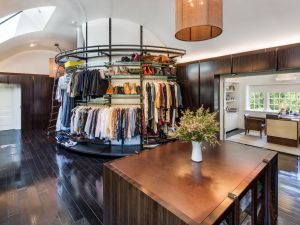 The Beverly Hills mansion that Brad Pitt and Jennifer Aniston once resided in just received a price cut. The sprawling 11,173-square-foot home, designed by Wallace Neff in the 1930s, was listed for a hefty $49 million in May, but now it has a newly slimmed down ask of $44.5 million.

It’s still a huge sum of money, but it’s far less than the $56 million the Los Angeles Times reports it was first expected to list for earlier this year.

Pitt and Aniston, who were married from 2000 to 2005, purchased this five-bedroom, 13-bathroom California estate for approximately $12.5 million in 2001. They completed a huge three-year renovation, and eventually offloaded the house in 2006.

The oversized living room has multiple seating areas, with white lacquer-painted walls and a marble fireplace.

The custom eat-in kitchen is equipped with black cabinetry, subway tile walls, marble countertops and black-and-white checkered marble floors, with a separate breakfast area. There’s also a dining room with a fireplace, which the listing promises can seat up to 20 people.

The bar room has vaulted ceilings and an original fireplace, and converts into a digital projector space.

All the bedrooms are on the upper level, including the master suite, which has a fireplace, massive walk-in closet and marble bathroom.

The lower level is comprised of a bar and a sitting room, with glass doors that open to an outdoor living room with a fireplace, plus the pool and various lounging areas.

There’s also a newly built tennis court, a tennis pavilion and a guest house on the property.

Pitt and Aniston have both moved onto other homes in the years since their divorce. While Aniston scooped up a Bel Air mansion in 2011, her ex has since gone back to his longtime Los Feliz abode after splitting from Angelina Jolie. Pitt and Jolie also still own their French castle, Chateau Miraval, and they’re currently having some trouble deciding who gets the estate in their divorce.