It’s no surprise some of the most popular brands among millennials are opening up (physical) shop. After all, the current wave of direct-to-consumer startups, especially those focused on personal consumer products, are all about extended pop-ups and concept boutiques.

During a TechCrunch Disrupt panel in San Francisco this week, titled “How to Take a Digital Brand Offline,” a panel of CEOs spoke of the benefits their companies are currently enjoying as they shift from beloved e-commerce names to hybrid retailers.

SEE ALSO: How Jetblack’s CEO Is Leading the Evolution of E-Commerce

“It’s really about being where your customer wants you to be, and this was a natural foray for us as our audience and business matured,” explained CEO of bedding startup Brooklinen Rich Fulop. He went on to say the company will be expanding further into retail over the next two to three years, following the opening of their first shop in their home base of Brooklyn this fall.

Mirroring the sleek design strategy of Brooklyn newcomer Everlane’s store, Fulop said the new Brooklinen will encompass “a physical manifestation of what we created online, with added enhancements.”

Susan Tynan, CEO of the D.C.-based custom framing service Framebridge, also confirmed that its opening of a brick-and-mortar store was a “customer-led” endeavor for the digital-only company, following years of users visiting the corporate office “with art in hand” to frame.

“Making sure it was a really seamless experience for the customer was important,” Tynan said. “We’re not looking at Forever 21-sized stores, just 1,000-square-feet to service our customers,” referencing the news of the fast fashion chain’s bankruptcy filing.

She also stressed that “going into retail” also means ensuring the brand doesn’t lose the advantages it already has as a digitally-native company. “I’m excited to meet customers where they want us, and to show up for them.”

Also participating in the discussion was James Reinhart, CEO of second-hand fashion marketplace ThredUp, who noted that contrary to the popular modern trope that everyone’s shopping online, most consumers still buy clothes in brick-and-mortar shops, stating: “85% of apparel is still bought in-store, contrary to popular belief.” So while Brooklinen and Framebridge are choosing to cater to existing loyal customers “IRL,” ThredUp’s decision to partner with department stores has more to do with addressing the overall market.

“If you can figure out a way to make the offline economics work, you can acquire customers without burning cash,” Reinhart explained.

In the case of ThredUp, it was about “working with someone who already has the stores,” designing pop-ups inside 40 Macy’s locations and 30 J.C. Penney stores across the country.

This also poses merchandising kinks to work out, such as the process of picking out items based on consumer information to help predict what will sell in certain stores. “We’re getting well over 100,000 pieces of clothing a day, so it’s not realistic to offer everything in retail,” Reinhart said. “We use data and a little bit of merchandising perspective to make those trial-and-error decisions.”

While many traditional physical retailers, such as the aforementioned Forever 21, are currently struggling to adapt to the ever-evolving space, Brooklinen’s Fulop isn’t worried about the notion that retail is declining.

“Retail is not dying, it’s changing,” he said. “It goes beyond the products—it’s now about who are you, what do you stand for.” Investing in costly infrastructure isn’t just a “if you build it, they will come situation.”

“It’s bringing awareness, even to those passing by,” Fulop said. “At that point, it becomes a soft sell.” 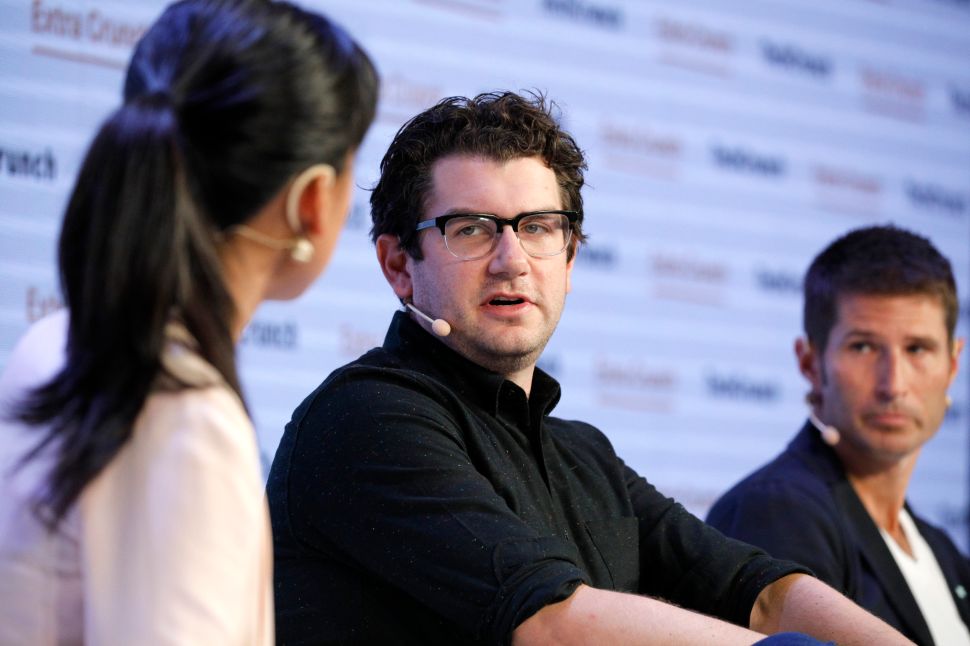