A new venture, called Spaces by Brooklinen, debuts on the company’s website Thursday and will feature three styled spaces curated for customers to browse and purchase products from. Spaces is being described as a “user-friendly marketplace concept offering a highly curated assortment of home goods from like-minded partner brands.”

“We’re not always in the mood for the same thing, and we know our customers aren’t either,” Fulop, who co-founded the company with her husband Rich Fulop, recently told Observer. “It’s OK to experiment and switch up your bedroom style the way that you switch up your outfits. It keeps your space inspired and interesting.”

Spaces will feature 100 products by 12 partner brands (in addition the total of 89 products created by Brooklinen). Designers will include some independent artisans, as well as recognized brands such as Simply Framed, The Sill, Floyd and Dims, among others.

The partnership’s three consumer-friendly aesthetics are “Relaxed Industrial,” which the company says is inspired by the “exposed brick and concrete found in Brooklyn lofts,” the Scandinavian-influenced “Earthy Minimalist,” and “Modern Glam,” which showcases some out-of-the-box pieces for the Brooklinen aesthetic, including pops of colors and polished metallics.

Brooklinen is also due to open a physical store this year, starting in Brooklyn, giving Spaces literal room for brand loyalists to check out the merchandise in person. “We will have shoppable Spaces vignettes in our store (and stores to come), essentially bringing the essence of Spaces to life,” said Fulop.

The opening of retail locations marks the e-commerce-focused startup’s foray into traditional retail, as CEO Rich Fulop recently confirmed. “It’s really about being where your customer wants you to be, and this was a natural foray for us as our audience and business matured,” he said, noting that Brooklinen plans to expand shops further over the next two to three years.

As for the next five years, Vicki Fulop says “the sky is definitely the limit, but I think next steps will be dictated by our customer feedback and response.”

Treading retail with the use of customer data point has been a major trend for direct-to-consumer companies, with the likes of Warby Parker and Everlane also using customer feedback to open physical shops.

“We’ll see what products they are into, ask what they want to see more or less of, what rooms they want to see from us next, and go from there,” Fulop explained. “If all goes well, we definitely plan on adding additional rooms and styles as Spaces evolves, as well as new designers for our customers to discover.” 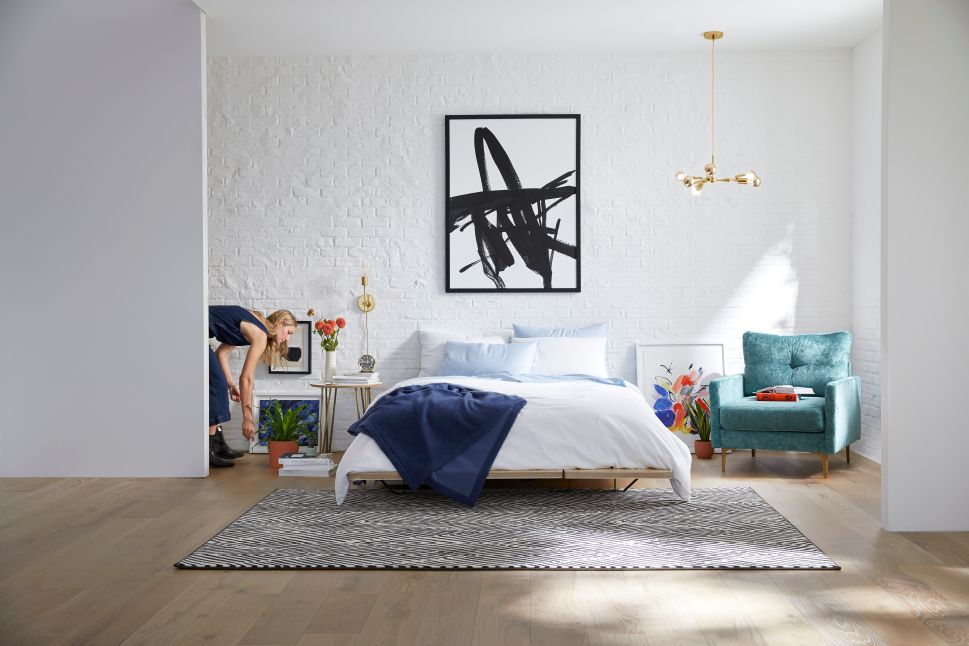