Lately, many museums are taking it upon themselves to shake up their collections and make their programming more accessible to the communities that surround them. Conveniently, sometimes the process of collection overturn means that museums will be able to make forays into the auction world. This November, as part of Sotheby’s Contemporary Art evening auction, a Francis Bacon painting called Pope, ca. 1958, will be offered up from the Brooklyn Museum’s collection. The painting, which Bacon created as part of a series that he made during a period of visits to Morocco to see his romantic partner Peter Lacy, is expected to sell for between $6-8 million.

“While the work is exceptional, Post-war European art is not a focus of our collection,” the Brooklyn Museum said in a statement to Observer. “As part of ongoing collection review, we’ve chosen to sell this particular work and use the proceeds to more sharply focus on institutional collection priorities.” With the $8 million they hope to net, one can only imagine those purchases will be pretty major. In anticipation of its eventual sale, the painting will be displayed publicly in Sotheby’s New York galleries beginning on November 1. Only six of Bacon’s “Tangier Paintings,” a group that includes Pope, survived the artist’s impulse to destroy them.

“Pope offers an exceedingly rare glimpse into Francis Bacon’s psychological state during a prolific but ultimately tortured time in his life and career,” said Grégoire Billault, the leader of Sotheby’s New York Contemporary Art Department said in the auction house’s release. “Tangier represented the artist’s first travels outside of Europe, and the promise of an open life with Peter Lacy. But their relationship proved volatile and violent, which found expression in Bacon’s anguished Popes of the period—of which precious few survive.” Indeed, the painting the Brooklyn Museum is willing to give up very viscerally conveys the searing agony of abandonment, as well as the scooped-out sensation that comes with a failed love affair.

Recently, the Brooklyn Museum has been highlighting fresher art stars with exhibitions showcasing figures like the street artist JR. The world is changing, and despite Francis Bacon’s eternal relevance, parting ways with a painting by him may no longer be the completely startling move it might have been labeled as only a couple of years ago. 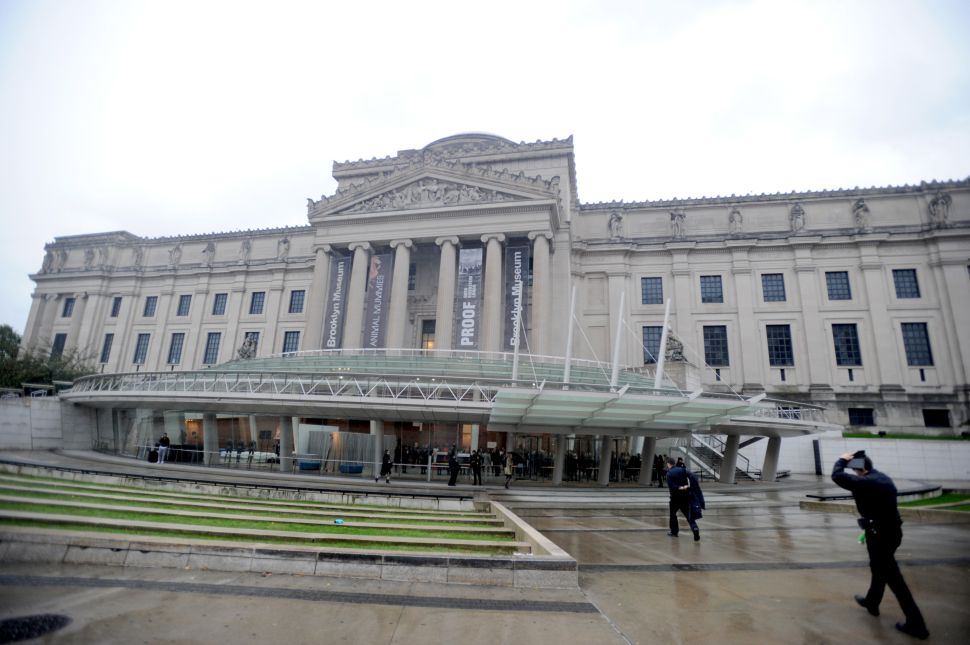