Trick-or-treaters probably aren’t enticed by sea salt dark chocolate. But that’s not stopping investors from handing out cash to startups looking to disrupt the candy industry this Halloween. The trend is no surprise, considering Americans are spending more dough than ever on the spooky holiday. The National Retail Federation estimates that 2019 sales will approximate $8.8 billion this season, including spending on costumes, decorations and, of course, candy.

According to a new Halloween-themed report by CB Insights, dozens of companies are on their way to spooking the likes of chocolate giants Hershey’s and Mars this year with the help of venture capital funding.

SEE ALSO: The Spookiest (But Super Real) Tech You Should Know About This Year

Let’s take a peek inside the artisanal cauldron, shall we?

As one of the last untouched Silicon Valley frontiers, halloween candy has mostly remained consistent over the past couple of decades. Now trusted standards, including beloved Reese’s Peanut Butter Cups and Kit Kat bars, are facing sleek branding and refined ingredients from luxury candy startups like Sugarfina, which to date has raised nearly $40 million in funding.

According to the CB Insights report, current data also shows “healthy” candy alternatives attracting investors. These companies include sugar-free candy maker SmartSweets, along with Unreal Brands, which is carried at national retailers like Target and Whole Foods. There is also San Francisco-based Dandelion Chocolate, which has raised $10 million producing and selling its small-batch chocolate bars.

Then, there is the ever-present cannabis-infused confectionary category, though it’s safe to assume homes aren’t giving out these types of treats to costumed children. One of the startups getting buzz in this space is the Seattle-based Goodship Company, which has received $1 million dollars in backing since its launch in 2014.

With “bean to bar” and other handcrafted sweets gaining traction with consumers, startups specializing in overhauling the sugary candy market are evidently cashing in on their refined versions. 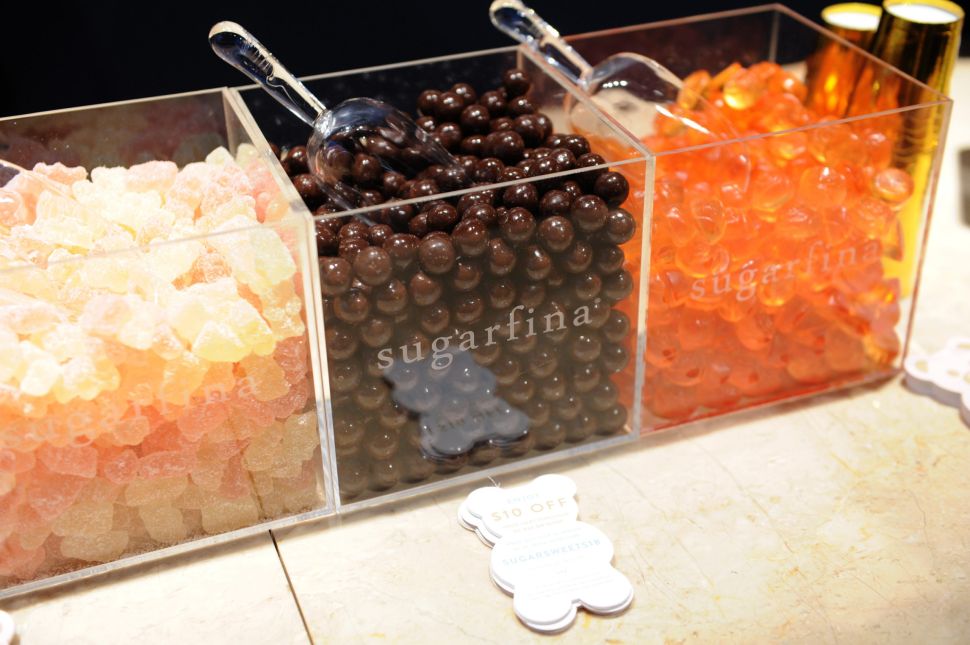