On Thursday, NBCUniversal parent company Comcast reported better-than-expected third quarter earnings for its entertainment division. This was encouraging as the company plans to roll out its own streaming service next spring, joining The Walt Disney Company’s Disney+, Apple’s Apple TV+ and AT&T/WarnerMedia’s HBO Max as new entrants in the direct-to-consumer battle. But NBCU’s streamer, officially named Peacock, differs from the major competition in significant ways.

For starters, Peacock will be ad-supported and “free” for Comcast’s 55 million existing cable subscribers. A rumored price of around $12 per month has been floated as a potential alternative package for non-Comcast customers. While Peacock is developing its own slate of originals, the majority of its 15,000 hours of content available at launch next April will be acquired offerings and legacy programming as opposed to new in-house exclusives. NBCU will also continue to license its big-ticket movies to premium platforms such as HBO and Sky rather than hoard them exclusively on Peacock.

“We are not doing the same strategy that Netflix and people chasing Netflix have adopted,” NBCU CEO Steve Burke said, per THR.

But will this unconventional approach enable it to cut through the clutter of a crowded market?

“It’s not too surprising to me,” Burke said of the competition. “You got the three biggest media companies, Disney, Time Warner and NBCUniversal, all launching streaming platforms. And a lot of people are being very, very aggressive about it, and I would anticipate that to happen until at some point there will be an inevitable slowing down and shakeout, and the market will get a little bit more rational. You want to be aggressive to get in there and make sure that your service is one of the consumer’s handful of favorite services.”

Audiences will watch quality content on any platform, especially when they aren’t required to add an additional expense, giving Peacock an early advantage thanks to Comcast’s marketshare. The platform will house popular library programming such as The Office, Everybody Loves Raymond, Parks & Recreation, Downton Abbey and complimentary originals. Universal’s slate of blockbusters and diverse mid-budget fare will also round out on attractive roster. So on the content front, Peacock should have a relatively high floor even if there’s no Stranger Things or Game of Thrones immediately in sight.

In terms of business, NBCU isn’t investing the same kind of resources that Disney and HBO Max are shelling out. Streaming is an inherently costly endeavor that rarely returns early profits. Netflix is still operating in the red while spending $15 billion on content alone this year. NBCU is treating Peacock as an add-on to its existing business rather than a pivot to a new primary focus like Disney. If it doesn’t work out, the company can return to the traditional licensing model when its rights deal with HBO expires in 2023 without having suffered debilitating losses. If it does work, NBCU can start to aggressively scale during that same window.

The opportunity for revenue growth also can’t be ignored given Peacock’s ad-supported model. There’s huge demand for premium video ads on streaming platforms. A hearty $70 billion is spent on TV advertising in the U.S. per year (and $200 billion worldwide), yet only 5% of this goes to streaming platforms. Hulu, which recently surpassed 30 million subscribers, generates 70% of its revenue from its ad-supported model.

However, while Burke acknowledges that Comcast’s customer base can quickly push Peacock to “cruising altitude,” this business model ignores a fatal reality of television today. Cord-cutting is accelerating at an alarming rate with more than 3 million paying customers opting out last year alone. Comcast even noted that pay TV subscriber declines have “moderately accelerated” in Q3.

According to a recent Roku report, there are nearly 25 million former pay TV subscribers in the U.S. representing about 21% of TV households. As that number continues to rise, can Peacock realistically emerge as a viable monthly-cost alternative? Investors predict subscribers will add an average of just 1.6 new streaming services to their bundle and Disney+ and HBO Max boast the most attractive content lineups while Apple TV+ will be available on more than 1 billion devices worldwide. That won’t be easy to overcome.

Peacock is a relatively low-risk gamble for NBCU with immense growth potential. While the service may not be able to leapfrog the competition for pole position, it should be able to at least survive the bloody beginnings of the streaming wars. After that, as cord-cutting puts immense pressure on the streamer’s base, it’ll start to get messy. 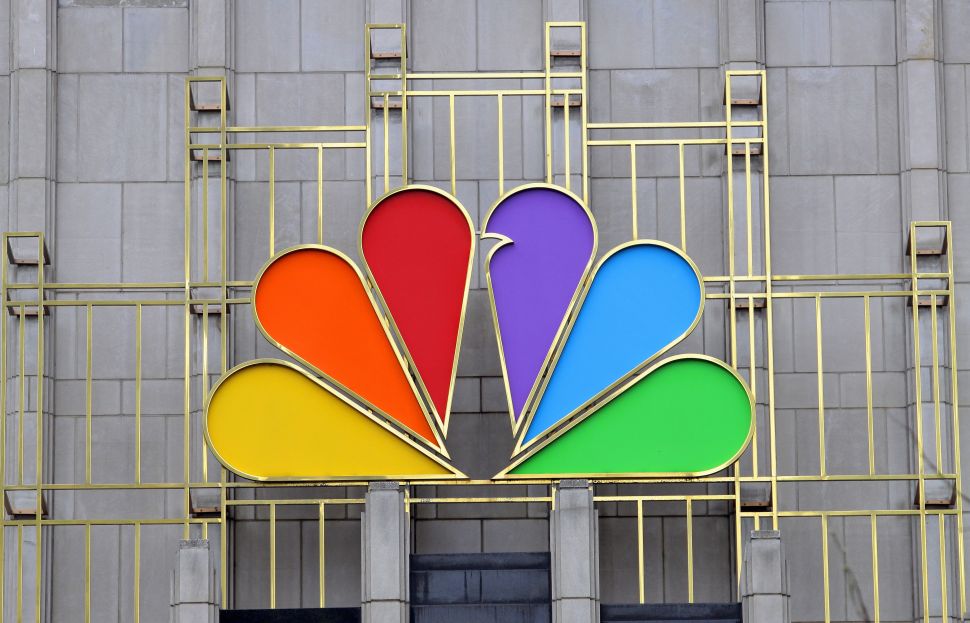