Soon, Juul pods will be even more of a hassle to buy, thanks to a proposed tax hike by the House Ways and Means Committee, which was approved in a 24-15 vote.

Congress’ tax-writing committee passed the “nicotine vaping tax” measure, the first of its kind, which goes beyond taxing traditional tobacco products. The levy will essentially add a tariff of “$50.33 per 1,810 mg” of liquid nicotine, which comes out to approximately $1.15 per 5% nicotine Juul pod.

“Increasing the cost of vaping will have a direct correlation to decreasing the usage of vaping products,” Suozzi said. He also went on to say that “younger people are more sensitive to price changes.”

Ironically, even the House members imposing extra taxes on vape sales know it won’t completely solve the current health epidemic. “We know that this will help. Will it solve the whole problem? Absolutely not,” Suozzi said in the statement.

As chief of staff of the Joint Committee on Taxation, Tom Barthold noted the price jump is estimated to curb vape sales by 22% a year once it’s implemented. Of course, as with most tax increases, the effort will largely help raise revenue for the government, in this case nearly $10 billion in the next 10 years.

For its part, Juul Labs has already stopped selling its popular flavored nicotine-salt pods as of this week. The nation’s largest e-cigarette manufacturer has taken down listings of its “non-tobacco, non-menthol based flavors,” the popular Mango, Creme, Fruit and Cucumber.

The company said it’s awaiting the approval of the Food and Drug Administration (FDA) before making the flavors, which have become popular among teen users, available again. For now, Juul is only selling classic tobacco, mint and menthol pods to customers 21 and older. 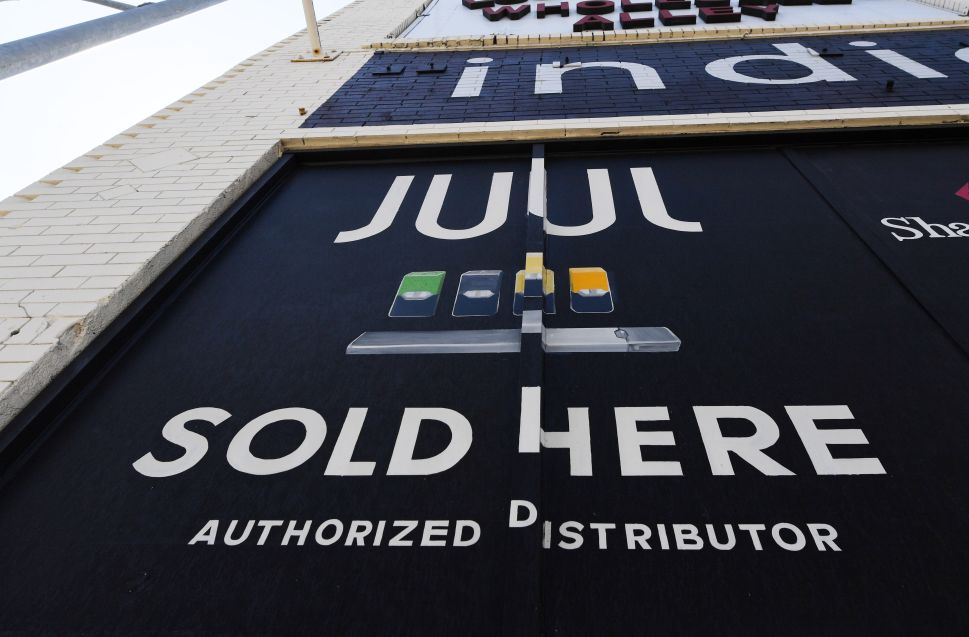