David Lynch didn’t become one of the most influential and beloved film directors alive by creating restrictions for himself, so it stands to reason that Lynch has cultivated a wide-ranging and consistent artistic practice outside of the movies. In fact, diehard fans probably already know that Lynch actually first trained as a painter at the Boston Museum School and the Pennsylvania Academy of the Fine Arts, and that he has participated in a number of ambient music projects over the years. Earlier in 2019, Bonnefanten Museum in the Netherlands hosted a retrospective of Lynch’s visual art entitled “Someone Is in My House,” and later this fall in New York City, Sperone Westwater gallery will unveil a show devoted to new work by Lynch that will run from November 1 to December 21.

Lynch has certainly been the central figure of solo exhibitions before: some of these previous shows have taken place at Kayne Griffin Corcoran in Los Angeles, the Photographers’ Gallery in London and at the Fondation Cartier pour l’art contemporain in Paris. In particular, the Sperone Westwater show will highlight new work by Lynch that includes paintings, lamp sculptures, furniture and watercolors.

Most recently, Lynch has been making mixed-media paintings that point towards some of the themes that have made his movies such enduring classics. Vague dissociation, carnage and the creep of filth are all present in works like Billy Sings the Tune for the Death Row Shuffle and Billy (And His Friends) Did Find Sally in the Tree. Billy, this strange avatar, is depicted without his head while a Mickey Mouse balloon floats away above him in one painting. In another, Billy is lurching towards a tree with a knife in his hand as a young woman swings, hanging, from one of the branches.

Lynch’s artistic propensity for dream logic appears as vividly in his paintings as it does in films like Lost Highway and Mulholland Drive, or in the iconic Twin Peaks. However, Lynch’s painted “dreams” aren’t escapist but rather deeply visceral, just like the confusing times we live in. 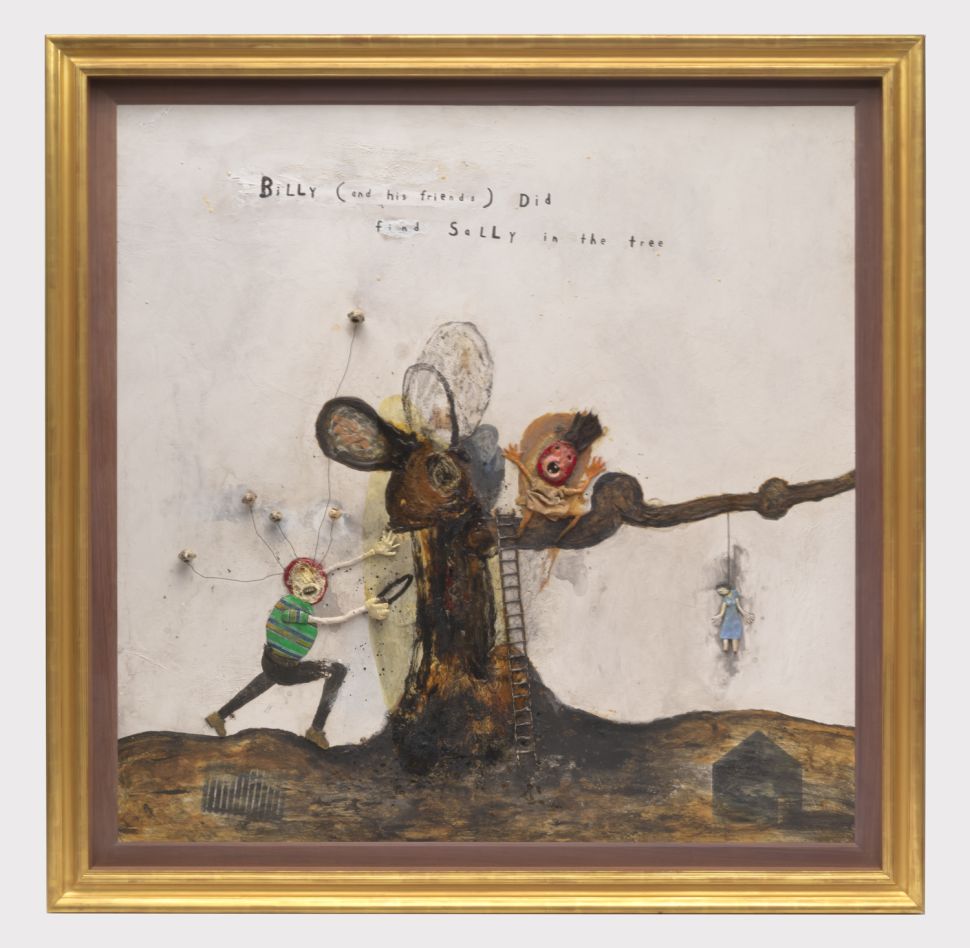