During the fourth Democratic debate on Tuesday night in Westerville, Ohio, ex-tech executive presidential hopeful Andrew Yang took a seemingly unnecessary swipe at Microsoft when engaging in a conversation about breaking up Big Tech.

Commenting on Sen. Elizabeth Warren’s proposal to break up tech giants like Facebook, Yang said encouraging competition on a regulatory level won’t fix all of the problems in the consumer tech space right now.

SEE ALSO: The Benefits of a Decentralized Search Engine

“We need to be realistic that [enabling] competition doesn’t solve all the problems,” he said. “It’s not like any of us wants to use the fourth best navigation app… There’s a reason why no one is using Bing today… Sorry, Microsoft. It’s true.”

“Oof Andrew Yang, we take it your math isn’t correct,” the corporate account tweeted. “[You] might want to crunch those numbers in MS Excel after reading this.”

Oof @AndrewYang. We take it your #MATH isn’t correct. Might want to crunch those numbers in @msexcel after reading this: https://t.co/o611TN1KT1. #YangGang https://t.co/WRE14Epf31

The Bloomberg article highlighted the fact that Microsoft generated $7.6 billion in annual revenue from web search advertising in fiscal year 2019 (ended June 30), which represented a nearly 10% increase from the previous year and a 40% jump from three years ago.

While the number pales in comparison to Google’s $120 billion in search advertising revenue over the same period, “it’s more revenue brought in by either Microsoft’s LinkedIn professional network or the company’s line of Surface computers and other hardware,” the article noted. 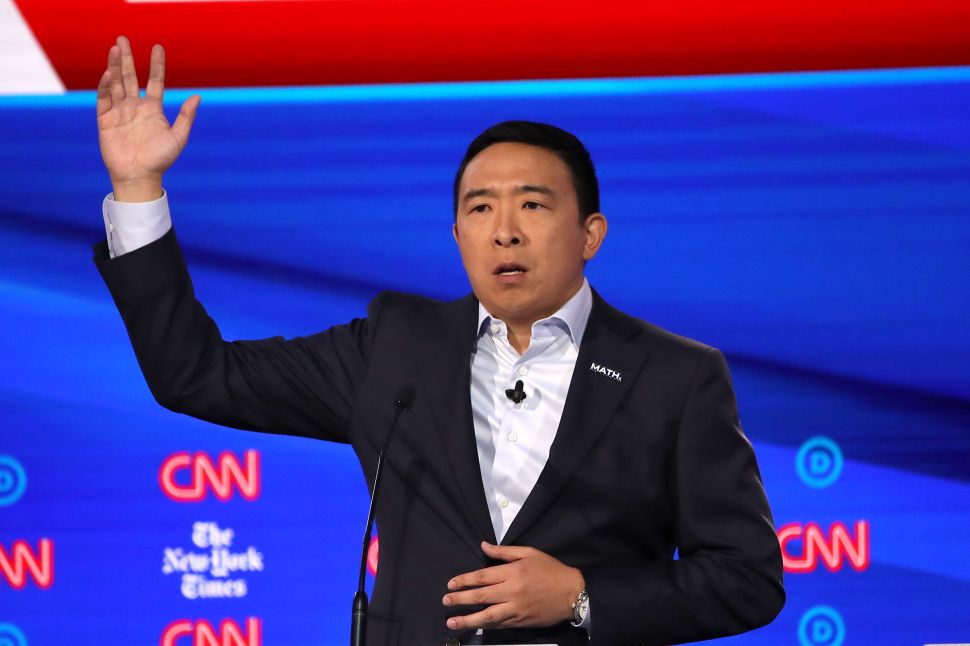