To say the United States owes its primacy to its fleet of nuclear-powered submarines—probably the most important element of the country’s “nuclear triad,” the method by which the U.S. is able to park a battery of nuclear missiles off the shores of its rivals for great-power competition—is not much of an exaggeration, but this doesn’t mean that boats powered by diesel engines are useless, or even obsolete.

The Russian Navy, for example, fields a class of diesel-powered attack submarines, called the Kilo class, that have the British worried enough to leak details about this threat in order to scare up more money to spend on countermeasures. And as The National Interest recently reported, one such conventional boat is on record “sinking” a U.S. nuclear-powered sub.

A diesel engine is a combustion engine and so requires a steady stream of oxygen in order to run. When submerged, diesel submarines run on electric motors powered by batteries that charge while the diesel engine is running. Oxygen not mixed with two parts hydrogen is in short supply in the ocean, and so the main advantage of a nuclear sub (like the new superboats just launched by the French) is the ability to remain submerged almost indefinitely, whereas diesel boats either need to surface or extend a “snorkel” above the to “breathe.”

All this said, diesel boats are generally easier and cheaper to field—and can carry most of the neat-o gizmos a nuclear boat carries. On top of this, they also tend to run quieter than boats with a nuclear reactor, and in an arena of warfare where noise equals death, they remain an attractive option. Russia is currently earning hard currency by selling its submarine technology to other nations—both China and Iran, potential U.S. adversaries, have diesel boats—and every sales pitch likely includes a retelling of the following.

Before its 2017 decommissioning, the USS Corpus Christi, a Los Angeles-class fast-attack boat, participated in “Malabar,” an annual naval exercise contested by the United States, Japan and India, all powers that have various reasons to fear a rising and aggressive China. In the 2015 edition, the Corpus Christi and the Indian Navy’s INS Sindhudhvaj were both tasked with finding each other in a simulated “search-and-destroy” mission—and according to the Indian Navy, it was the Sindhudhvaj, a Russian-built Kilo-class boat, that “found” the American nuclear boat first using sophisticated sonar. (The game “ended” when both boats were informed that India had reported finding the Americans first, and had fired a simulated torpedo that would have hit the target, were it real.)

As per The National Interest, the Americans have never acknowledged the “sinking,” with anonymous sources in the Indian Navy celebrating the “kill” as a “diesel over nuclear” victory. To this day, the public at large can’t be sure if the story was exaggerated, or if there were certain limitations or other rules imposed during the sinking that may be relevant. Were the Americans running as quietly as possible? When, if ever, did they find the Indian boat? We don’t know—and there’s also the very salient fact that the Los Angeles-class boats, first launched in the 1970s, are slowly being phased out in favor of the much-quieter Virginia-class submarines.

But maybe not quickly enough for some national security wonks. There are still more than 30 Los Angeles boats in the U.S. Navy’s fleet, which emphasizes range and endurance—meaning American subs will run on nuclear for the foreseeable future. In a real combat scenario, would an Indian (or Russian, or Chinese, or Iranian) boat be able to locate and destroy an American nuclear sub? Incidents like the “sinking of the Corpus Christi” mean the answer is maybe, and will serve as a convenient warning for hawks in Congress, as well as military contractors, that the Kilo-class remains an existential threat to American power at sea, and thus the station of the nation overall. 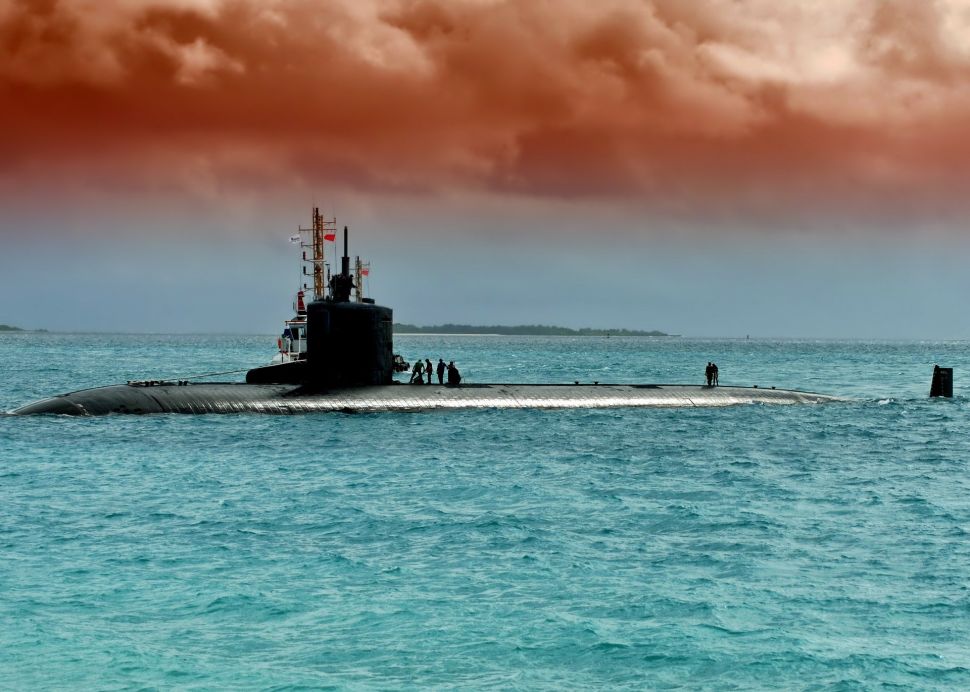