Disney’s direct-to-consumer streaming service Disney+ is set to launch on November 12 for the low price of $6.99 per month (or $12.99 if you want the bundle that includes Hulu and ESPN+). Naturally, Disney has paraded its top-tier brands as the service’s main selling point—Mouse House classics, Pixar, Marvel, Star Wars and beyond. The streamer will boast upwards of 10,000 hours of programming once it goes live. But lost among the cavalcade of flashy franchises are underrated classics and hidden gems that unfortunately don’t attract the same level of fanfare.

Here are 16 great film and TV titles that will be available on Disney+ at launch.

10 Things I Hate About You is a modern retelling of Shakespeare’s The Taming of the Shrew that resonated with millennials born in the 1990s and is sure to delight Gen Zers discovering it for the first time. It’s a clever romantic comedy that has just enough personality to overcome the restraints of the teen heartthrob genre.

Charming and stylish, (500) Days of Summer gently plays around with relationship power dynamics in a rom-com that stakes its claim with a far more realistic entanglement. Joseph Gordon-Levitt and Zooey Deschanel should do more movies together.

Disney is fueled by nostalgia and Camp Nowhere will rip the ’90s right out of the space time continuum and deliver it neatly in your living room. Christopher Lloyd (Doc Brown from Back to the Future for all you youngins) plays an affable former teacher who sets up a fake sleep away camp for a group of teenagers looking to escape their parents for the summer. Who among us didn’t dream of such adventurous and unsupervised freedom as a kid?

Kids today just don’t know the joy of a classic Sinbad romp, but First Kid—which follows the President’s teenage son and the aspiring Secret Service agent assigned to protect him—is the perfect introduction. Yes, there is a ’90s hip-hop gospel montage and it is glorious.

Robin Williams stars as a precocious 10-year-old who is just like every other kid, except he’s stuck in a grown-up’s body due to a rare aging condition. Fifth-grade has never been so achingly touching.

Let’s get this out of the way: Kazaam is not a good movie. But it arrived in the summer of 1996 after star Shaquille O’Neal’s first season with the Los Angeles Lakers and in the midst of his gold medal-winning run at the Olympics. He was an epicenter of pop culture and he even rapped in the movie! It’s all a delightful mess.

Mr. Holland’s Opus is the kind of movie you come across while you’re lazily flipping channels and can’t break away from until the conclusion provides you with a cathartic cry. It’s schmaltzy but beautiful.

Rookie of the Year

A 12-year-old is involved in a freak accident that gives him the ability to pitch in the Major Leagues. That’s it, that’s the whole pitch. Nothing else needs to be said.

Reese Witherspoon could do no wrong in the early 2000s and Sweet Home Alabama is no exception. She injects the movie with an overdose of charm and sweetness that make the rest of its unreasonable happenings easier to swallow. It also helps that Josh Lucas and a pre-Grey’s Anatomy Patrick Dempsey work well alongside her.

Bill Murray’s farce comedy What About Bob? is the type of movie you watch with your Dad while you both reminisce about yesteryear. Sure, the odd-couple pairing of Richard Dreyfuss’ egotistical therapist and Murray’s needy patient is a familiar recipe. But there’s a reason that formula is a classic.

As of right now, Boy Meets World isn’t available in its entirety on any single streaming platform. That’s a crime against humanity for the post-Wonder Years generation. Thankfully, Disney+ will showcase the wonderful lives of Cory, Topanga, Shawn and the gang. Let the warm nostalgia flow through you.

He’s a duck. He’s a superhero. He fights crime. What more do you want?

Doug was an absolute banger for ’90s kids, a quiet but confident show about the trials and tribulations of growing up. Stuck in a new town, Doug often fantasized about a grander future for himself, and who among us can’t relate to that? Plus, every kid asked their parents for a dog after witnessing how cool Porkchop was.

Gargoyles is one of the very best animated series to arrive in the last 30 years. The show employed Gothic imagery, serialized storylines and carefully plotted character arcs to deliver a top-notch stories that appeals to both young kids and older audiences. It is widely considered Disney’s answer to WB’s Batman: The Animated Series. Jordan Peele was even rumored to be interested in making a reboot, though nothing has come of that just yet.

Phil of the Future

An underrated gem cancelled after just two seasons, Phil of the Future has become a pseudo-cult classic in the intervening years. The show follows a family from 2121 who take a time-hopping vacation that accidentally strands them in 2004. Hi-jinx ensue. 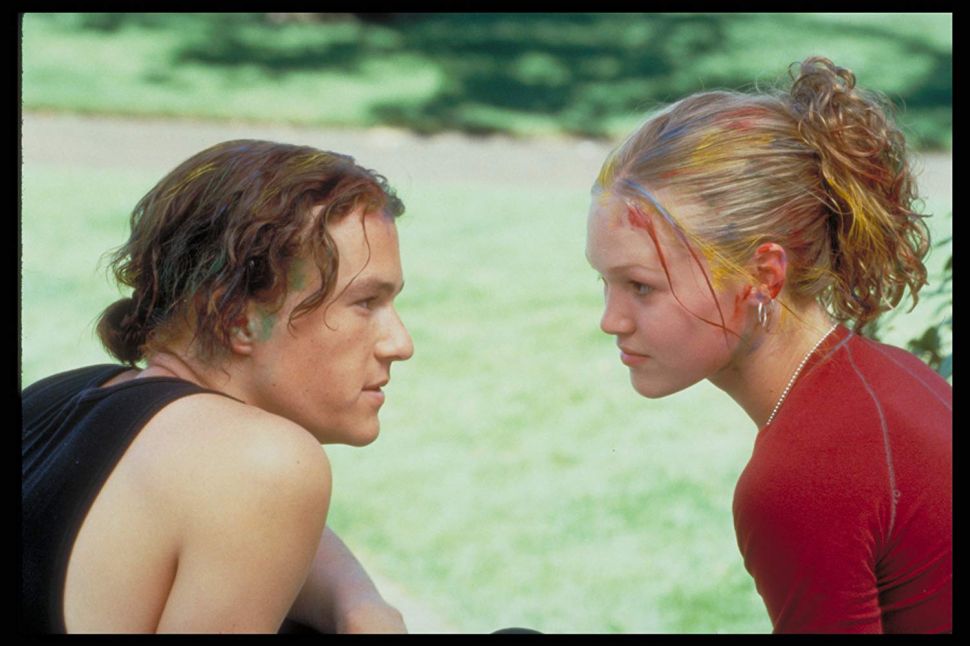