The miracle of mushrooms? Now there’s a subject I never thought I’d explore in a documentary. But director and mushroom fanatic Louie Schwartzberg has done just that with Fantastic Fungi, and the result is fascinating, informative, educational and totally entertaining.

A bit too coyly narrated by Brie Larson but visually enhanced by time-lapse and slow motion camerawork, this offbeat doc examines every aspect of what comes out of the dirt, from first to last breath of one of the the oldest, largest and smallest things on—and from—the earth for two billion years. You watch the rejuvenation of nature as it springs from the ground in every shape, size and color.

Before it ends, the movie proves there’s a lot more to mushrooms than Campbell’s soup and you learn how much they contribute to the intelligence of the ecosystem. Neither animal nor vegetable but some hybrid in-between, the fungi that grows into mushrooms is almost undefinable. This fungus has its own kingdom consisting of more than 1.5 million species of diverse mushrooms.

In this film, they take on a life of their own. There exists an entire subculture of mushroom lovers who devote their lives to studying, analyzing, defining and worshiping the varieties of fungi that replenish the soil. They include scientists, medical researchers, educators, chefs and cookbook authors (many of whom are interviewed here). They’re a kooky lot, but oh so entertaining.

Some of them are also stoned. The information they share about the psychedelic influence of mushrooms can make you high yourself. Their working environments stretch from laboratories at Yale to hippie commune conventions in Big Sur. Some even believe people are descendants of fungi.

They are now studied in the research for cancer and Alzheimer’s cures, and taught in psychiatry and behavioral science courses at Johns Hopkins Hospital. Mystical and inexplicable, magical mushrooms are believed to be primary agents in the treatment of anxiety, depression, fear of death and the prolonging of life. They can also wipe out an army of bedbugs.

So enter the world of mushrooms at your own peril. They can turn four eggs into a four-star omelette or kill a five-ton elephant in five minutes. They are as eccentric as the people who watch them grow under a microscope, and a source of endlessly surprising charm. So is the movie. 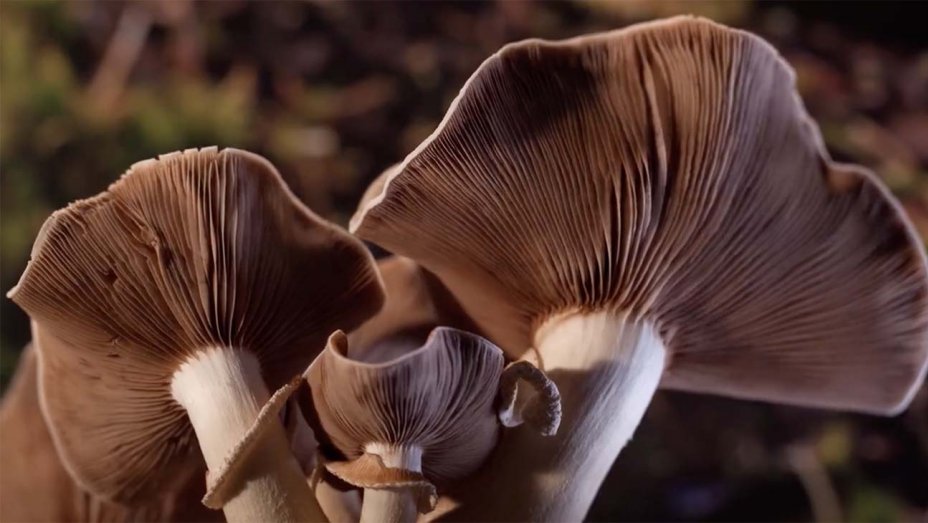