We know for an indisputable fact that Game of Thrones is HBO’s most popular series ever because it set a bevy of network ratings records with its series finale. Yet because Netflix guards its viewership data as if it were a villain in an Indiana Jones movie, we can’t accurately compare GoT to the streamer’s own flagship series Stranger Things. Sure, Netflix releases its own form of ratings, but without outside verification, there’s no telling how skewed those numbers may or may not be.

This impasse is at the center of the streaming revolution—how can we accurately gauge the popularity of a series and the war between streaming and linear television when over-the-top platforms refuse to peel back the curtain? One recourse is to track the online cooler conversation.

Currys PC World, in collaboration with Sony and PhD psychotherapist Aaron Balick, has stepped in to offer a particularly telling look at the popularity of various shows through the prism of Twitter. Their research consists of an exhaustive sentiment analysis of the tweets written about the world’s top 20 TV shows, which may not pose a direct correlation to popularity, but does provide a quantifiable picture of conversations generated.

The data found that Netflix’s Stranger Things is the most talked about TV series of the last two years with more than 32 million Twitter mentions. This tracks with other third-party metrics, such Parrot Analytics’ demand expressions, which anointed Stranger Things the most popular streaming series in the world. HBO’s Game of Thrones, which did not air new episodes in 2018 but did conclude its run with a six-episode final season earlier this year, came in second with more than 11 million Twitter mentions. House of Cards (2.9 million), Westworld (2.5 million) and When They See Us (1.6 million) rounded out the top five. Of these shows, only Stranger Things and Westworld are still running, which bodes well for No. 6 Black Mirror (1.48 million) and No. 7 Peaky Blinders (1.44 million).

Interestingly, FX’s crime anthology Fargo was one of the least talked about series on the list with less than 38,000 total mentions, yet earned the best sentiment score with 89% of the tweets skewing positive. Creator Noah Hawley has crafted an immaculately realized world that borrows its overarching tone from the Oscar-winning film but stands on its own storytelling merit. Its first season won the Primetime Emmy Award for Outstanding Miniseries, Outstanding Directing and Outstanding Casting and each subsequent season has been showered with nominations. 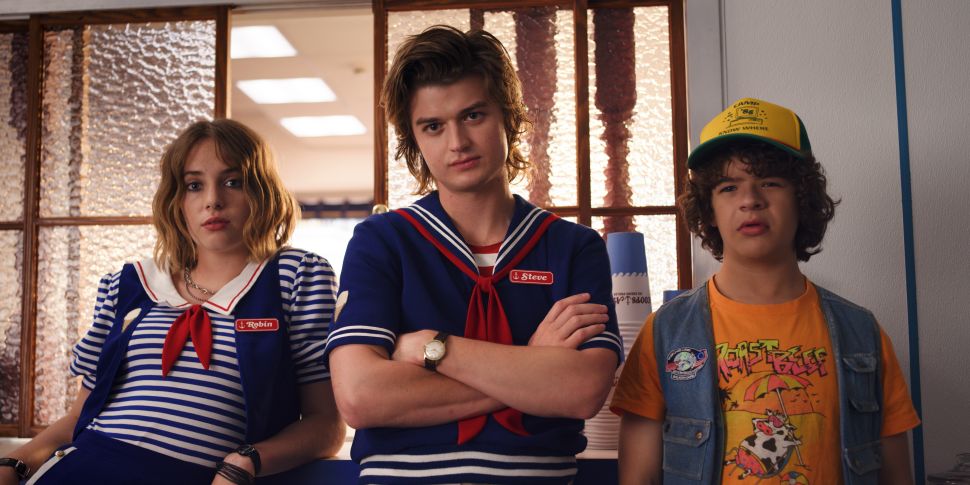