Directed by Ang Lee (Brokeback Mountain) with an impressive cast that includes Will Smith and Clive Owen, the sci-fi action thriller Gemini Man should be better than the ossified bore it is. Instead, it substitutes the gimmicks technology-freaks might call “innovative” for anything that remotely resembles any element of plot, character development, or entertainment value.

SEE ALSO: Will Smith Has Mostly Adapted to the Modern Landscape to Remain a Movie Star

The idea is nothing to write home about in the first place. With an alarming absence of his customary charm, Smith barely seems alive as a 51-year-old retired assassin named Henry Brogan whose ex-boss (a wasted Owen) decides, for reasons that are systematically unclear, to dispatch a 23-year-old Will Smith clone (also played by the star, with a computer-generated, age-resistant face) to track down and kill the older version of himself. The younger hit man knows his victim’s every move before he makes it, an embarrassing inconvenience that is bad for business.

Who are these people, and if the mysterious secret organization they work for is not the CIA, then what is it? In muddled mistakes like this one, when it comes to movie security, the evil government agency paid by naive taxpayers  to reduce the population is always the CIA. The movie drags on, with the bad Smith pursuing the good Smith through Georgia, Budapest, and a motorcycle race in Cartagena, Colombia (you can’t make up this stuff) while you check your watch.

The plot makes no sense, the dreary script is dead on arrival, and Smith is just as blank and lost at 23 as he is at 51. You know you’re in trouble when the credits list three screenwriters instead of one. The scenes written here by David Benioff, Billy Ray and Darren Lemke, are so divisive and unrelated that it seems like they dropped in from day to day to help each other out.

All they do is aid the misguided Lee in proving his ability to make bad movies about devices instead of people. As for the action sequences, if you go to movies very often, you’ve already seen every highlight repeated again and again in the trailers that have been running between concession-stand popcorn commercials for months on end.

Save your money and watch for Gemini Man any minute now on late night cable TV. 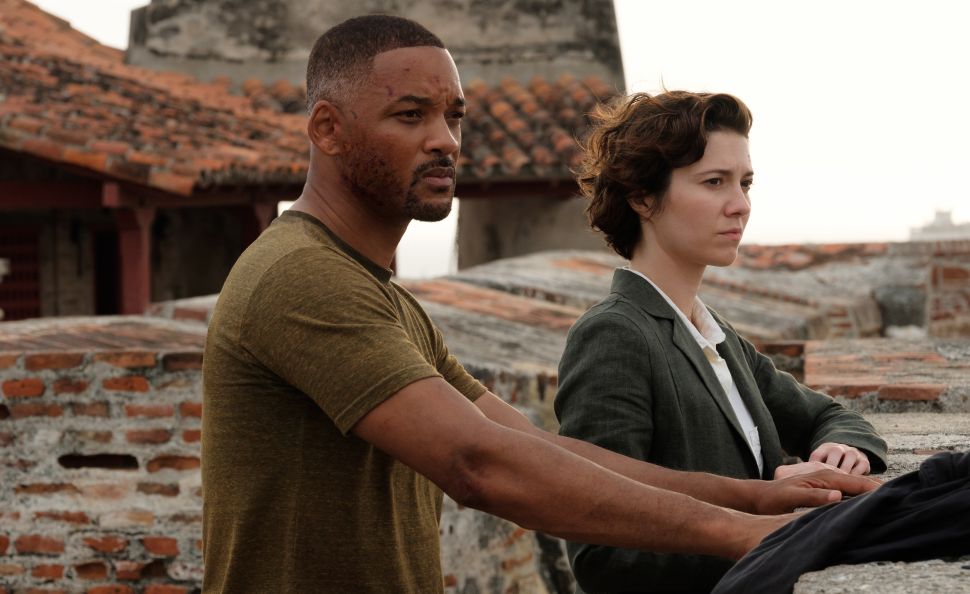