We’re in the golden age of TV. That’s what everyone says. There has never been such an offering of wonderful television shows as we have right now. And it’s probably true!

Less commonly said, but no less true, is the fact that we’re also in the golden age of bad TV. With so many more shows coming to light, not everything can be a hit, a paradigm-shifting look into the human condition or a story about a meth-dealing chemistry teacher. Whether it’s a summer “throw it up and see what happens” show on the broadcast channels, a “shoot for the stars” prime-timer, or a little-buzzed streaming show, the revolution in good TV has carried along with it more truly bad shows than ever before.

SEE ALSO: Get Ready for All the New York Times Content Being Adapted for the Small Screen

And here’s the thing: They can be wonderful. Speaking as a Tremors devotee, there is absolutely something to be said for shows that are “so bad they’re good.” It’s wonderful to tell a serialized story that carries an online fandom so devoted that they treat each episode like a Zapruder film. But it’s just as wonderful to try to tell such a story and end up with fluff that you can watch while making jokes in full Mystery Science Theater 3000 style.

Taking inspiration from some recent such shows—namely the dear, departed Zoo and Under the Dome and Netflix’s new The I-Land—here are some of the common bonds that go into making a show that is so bad it’s a delightful watch.

(One note: These sorts of shows are often referred to as “guilty pleasure,” and that’s a term I will never use. There is nothing wrong with enjoying anything. I watched Zoo. I watched Glee. I enjoy showtunes. Don’t let anyone tell you it’s wrong to enjoy a thing.)

(One more note: Spoilers below.)

Fundamentally, the best TV shows are just the story of [X people] in [Y place]. Doctors in an *ER*. Plane passengers *lost* on an island. Coworkers in an *office*. Two Guys, a Girl, and a Pizza Place. Get much more in depth than that, and you box yourself in to a premise that can be hard to maintain over multiple seasons … that is, if it can even be maintained for one.

Imagine the premise of The I-Land. That show told the story of 10 people who wake up on a deserted island with no memory. Promising! Within a few minutes, we learned of all sorts of mysteries and twists. Within two episodes, we discovered that they were in a VR simulation. By the end of the show’s short run, we discovered they were condemned murderers in a dystopian near-future, artificially de-aged and escaping from under the thumb of a sadistic prison warden.

Zoo was the story of people reacting to the animal kingdom turning against humans. High-minded, but with potential. That is, until they became people who could travel the world over at the snap of a finger because one of them happened to have a family member with the most technologically advanced plane in the world, which they just happen to let them borrow. Under the Dome was a Stephen King adaptation—already pushing up against the “ridiculous premise” barrier—that was meant to be a limited run. It got stretched to three increasingly ludicrous seasons that involved mysterious passageways, a shady organization (there is always a shady organization) and the idea that Dwight Yoakam (who without his cowboy hat has looked 65 for 30 years now) and Eddie Cahill (who will look exactly like Tag-from-Friends until the rest of us have left this earth) were school chums, probably because no one had decided how they knew each other until after the casting decision had been made.

Shows in this vein almost have no choice but to have a healthy dose of sci-fi in the premise. When a show that is “[X people] in [Y place]” fails, it vanishes. We don’t ever talk about … I don’t know, Outsourced, a 2010 show about a call center in India that was memorable only for the preview where a character used his “American” voice to explain grits. But The I-Land was only a seven-episode short run on Netflix, and trust me when I tell you, no one who watched it will ever fully remove it from their mind.

Bad shows that attempt to be grounded in the real world just disappear. But science fiction offers so much more room to expand, reach and be ridiculous (and more on that later).

Knowledge of exactly what they are making.

I imagine the people making the movies that end up on Mystery Science Theater 3000 were really trying to make a good movie, but something just went wrong along the way. Similarly, there were certainly people involved in the production of our modern so-bad-they’re-good shows who thought they were on to something great.

But at the core of these pieces has to be the knowledge that these shows exist as much for the gifs and giggles as anything else. At the end of the fifth episode of The I-Land, Kota Eberhardt’s Taylor has exited the I-Land and landed on II-Land (don’t get me started). She passes out and wakes up with her hand roughly bandaged and a bowl marked “chicken soup” in front of her. She thinks nothing of the hand and eats the soup. Later, she learns that this island (a) has a cannibal, and (b) has no chickens. Horrified, she unwraps her bandaged hand and finds only stumps for fingers. She screams. The episode ends. And we never see that character again, and never meet the cannibal. There cannot possibly have been anyone involved in any part of that storyline who didn’t laugh pretty hard at every last bit of it.

Related to that, we need to see evidence that these people knew what they were making. Which means we need …

Someone to gobble up the scenery to within an inch of its life.

In Zoo, Billy Burke started out as a veterinarian and genius animal scientist and eventually turned into a brainwashed computer genius (no, really) while never dropping his oh-so-sarcastic tone. In Under the Dome, Dean Norris was a car salesman and local politician who decided this dome was his perfect opportunity for, I don’t know, world domination or something. And in The I-Land, which as a streaming series had no need to have every character in every episode, featured Bruce McGill in two episodes as the corrupt warden who might as well have had a long handlebar mustache to twirl. He swilled whiskey, chomped on stogies, dropped “Anywho” into every conversation until someone said it in the VR simulation for no obvious reason except to key off the characters what was up, and then never said it again.

All three of these actors knew exactly what sort of show they were in. Ultimately, their co-stars likely did, too—especially in the case of network shows where they could read internet reactions during the course of their runs—but these actors were there strictly to be the cartoon characters that could basically wink and nod at the audience and say “Look, we both know what we’re doing here, just come along for the ride.”

The absolute need to regularly top itself.

Friends could allow its sixth-to-last episode to have “Joey can’t speak French” as its main plot point because it as a show with no real premise. “People in place,” that’s it. But these shows start out from a point that is so ridiculous (“A mysterious dome appears!” “Animals start revolting!” “Amnesiac death row inmates on an island!”) that the only place to go from there is more ridiculous.

By season three of Under the Dome, we had mysterious eggs and a baby who goes from conception to birth in three days. The third season of Zoo involves the impending extinction of human kind and features (seriously) a car dropped from a plane into a volcano while containing a witness and a beacon so evil birds will follow it to suicide. By the end of The I-Land, we discover our main character has been in prison for 30 years and only looks like her young self in her own mind, and never mind that she fought and defeated multiple prison guards at once in the third episode, you aren’t supposed to remember that…Hey! Here’s Bruce McGill, again.

When you start out at a premise intensity of 4, you can go to 8 or 9 by the end and still be fine. But when you start at an 8, it doesn’t take long to force yourself to have to push it to 15 just so you aren’t getting bored. You can’t have “Julia has to make 100 pies in one night!” as your season 3 plotline when season 1 featured a cow cut in half by an invisible dome.

Natalie Martinez, for some reason.

Natalie Martinez has done some real work. But to me, she was always going to be the noble do-gooder main character cop in Under the Dome … until they killed her in the first episode of the second season because they didn’t know what to do with her. Then she pops up again as the main character of The I-Land, even reappearing in the show’s final shot despite the fact that she and the audience all now know she’s much older, just because “Look, she’s here again.”

Okay, so she didn’t appear in Zoo. Even the most perfectly imperfect shows aren’t perfect. 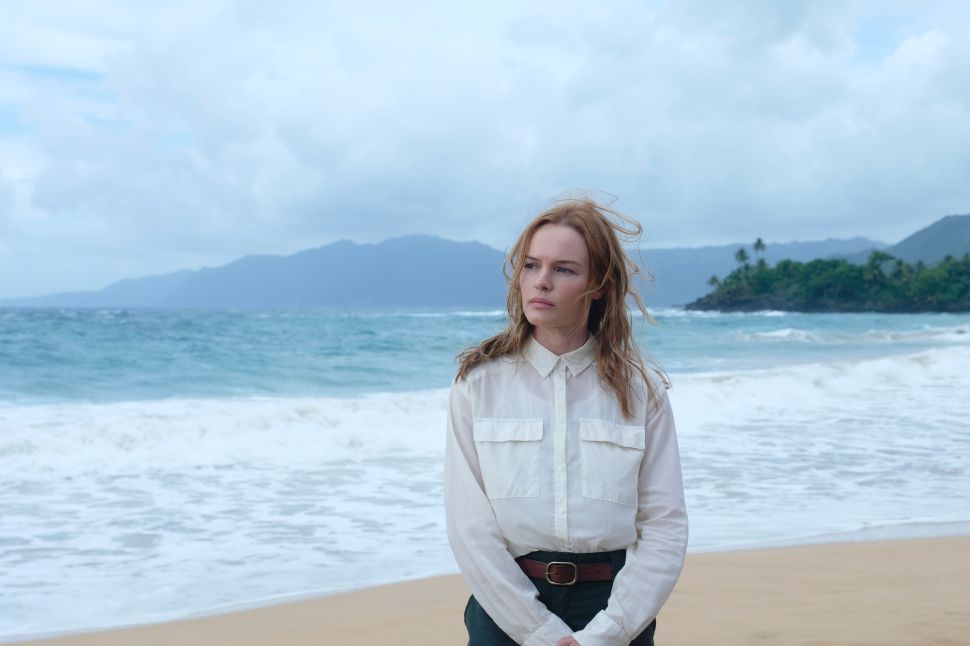