A specific circle of hell is in store for those who run payday loan companies. Take Scott Tucker. He made a deal with the devil. Tucker, a former professional race car driver, built an illegal payday loan empire and is now serving a 16-year, 8-month prison sentence. Why? Because his $2 billion payday loan enterprise destroyed people’s lives, exploiting 4.5 million consumers through deceptive loan terms and illegal interest rates. Tucker now not only resides in prison, but also in the eighth circle of hell for the fraudulent.

Imagine how many more lives Tucker could’ve destroyed if he also had a payday loan app in the Google Play Store?

The institution of payday loans is the worst of predatory capitalism; it preys on the desperate and impoverished, literally destroying people’s lives as they are capitulated into a snowball effect of debt with outrageous interest rates and dubious terms. Some people end up taking out additional payday loans just to pay off the debt occurred on original payday loans. The sad horror stories are way too numerous. Imagine the Kafka-esque hell of one man who took out a $2,500 payday loan for a medical emergency—and ended up $50,000 in debt due to interest payments.

Sure, you could write off this scenario as a one-time occurrence. But according to the National Consumer Law Center, this is an all-too-typical outcome with payday loans. Stated in the center’s report on predatory lending: “Annual interest rates of 300% to 1000%, or even higher, are often disguised by the structure of the loan.”

By comparison, the APR on credit cards typically ranges from 12% to 30%. Crunch the numbers. Do the math. The results equal criminal. Payday loan companies know exactly what they’re doing and prey upon people at their lowest moments.

Basically, payday loan companies’ business strategy is: let’s target low-income people who have trouble scraping by and change them a 1,000% interest rate.

Still not sold on the villainy of payday loan companies? Here’s what John Oliver had to say about them.

As you can see, payday loan companies are pure evil incarnate, operate through predatory means and, guess what, these companies also have apps. Yes, if you have a shady business practice, why not get it out there to the masses? Specific state laws may prohibit these type of short-term, high-interest rate loans. But an app skirts around these so-called “state laws.” A payday loan app can inflict all of the predatory harm of a payday loan to anyone in the world right from their smartphone.

And, surprisingly, it’s taken Google this long to figure out payday loans are a bad thing. The tech giant recently announced it was banning these apps from the Play Store. A Google spokesperson told The Wall Street Journal, the company was banning payday loan apps that use “deceptive and exploitative” personal loan terms.

In 2016, Google stopped displaying ads for payday loan companies. To be more specific, Google banned ads for loans with repayment terms of less than 60 days, along with ads for loan companies that have an annual percentage rate of 36% or higher. Banned payday loan ads are in good sketchy company; Google also refuses to advertise weapons (particularly guns), tobacco products and recreational drugs.

Apple, on the other hand, doesn’t have this type of ban on payday loan apps. Yes, for now, Apple is OK with these practices. A spokesperson for Apple told the WSJ that it routinely reviews its App Store rules to “address new or emerging issues.”

Well, Apple, maybe it’s time for a routine review of a not very new issue.

Another issue to address: Google and other tech giants have the power to squash an entire business vertical, if they so please. They also have the power to help foster change in terms of dubious business practices. In the case of payday loan apps, that would be slashing their criminal percentage rates.

Meanwhile, 16 years from now, when Scott Tucker is released from prison, he can start a new life designing payday loan apps for the Apple App Store. 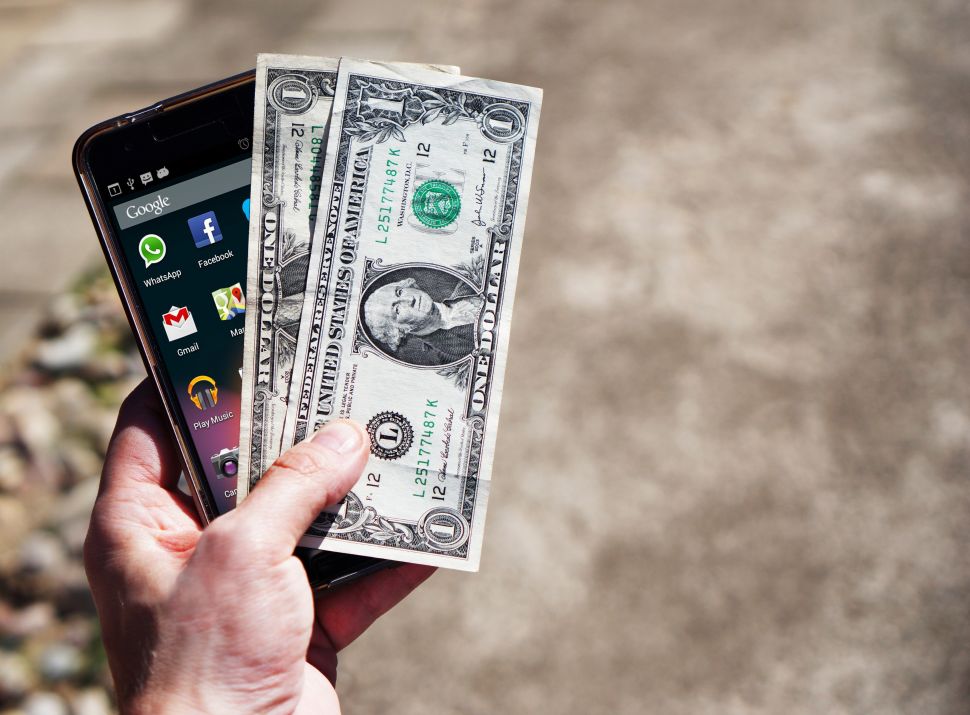