As the deeply underwater company searches for a rescue package that would keep the shop open—while slashing its valuation by two-thirds—WeWork is also very much in need of new and very big clients. And these deals are evaporating, as WeWork’s potential tenants appear to prefer to sign leases elsewhere.

SEE ALSO: With Corporate Scandals on the Rise, We Must Demand Accountability

For months—before WeWork went from IPO mode to survival mode, and before co-founder and now ex-CEO Adam Neumann’s deplorable behavior became a modern-day allegory for Big Tech—WeWork had been negotiating with Google for the tech giant to lease space at a planned location in Toronto.

Whether it was over fear that their landlord would go belly up or just a preference to associate with someone else, that deal fell apart last week when Google decided to go with a competitor, as Crain’s New York Business reported. Rather than go with WeWork, Google signed a multi-year lease for 24,000-square-feet of office space in Toronto’s financial district with IWG Plc (formerly Regus), which offers coworking arrangements under the brand name Spaces.

Representatives from all three companies declined to comment to Crain’s. Business analysts maintain that WeWork’s problems are the company’s own and don’t reflect some upcoming reckoning for the coworking sector as a whole—but losing a deal like this, at a time like this, is absolutely a disaster for WeWork.

The company continues to shed executives as it prepares to lay off as many as “thousands” of employees before it runs out of cash as early as next month. And signing up companies like Google was central to WeWork’s long-term growth plans—the lifeblood of any tech company.

As Curbed recently pointed out, the company has $47 billion in long-term financial obligations and, despite presences in nearly every hot real estate market on the continent, brought in only $3 billion worth of revenue this year. That might have been enough to scotch the company’s bold IPO plans had news of Neumann’s very entitled and very bizarre antics not continued to leak out.

And oh, it is! The day after Crain’s broke the news about the Google setback, Business Insider got its hands on a video from January in which Neumann laid out a vision to his employees of a hereditary empire: a future in which, 100 or 300 years down the road, coworking and WeWork are both sound operations, which also happen to be run by Neumann’s own grandchildren.

As Crain’s pointed out, WeWork’s chaos is offering its competitors a prime opportunity. All they have to do is point at WeWork and declare how normal and good and steady they are by comparison. That may have been more than enough for Google to be convinced to go with a rival.

WeWork is still very big; the company controls about one-third of the “total working inventory” in the United States, as Curbed noted. But size alone isn’t helping rescue the company’s value. The latest rescue plan offered the company represents an 83% cut in WeWork’s valuation, as Bloomberg reported.

The Google deal might not have staved off total disaster given the company’s other troubles, but losing the deal would have hurt, even if WeWork was still on track for a big IPO. It’s not—and if Google decided to go elsewhere, it’s highly likely other potential WeWork tenants will follow suit. This is a Silicon Valley death spiral, and such is the spiral WeWork finds itself in. 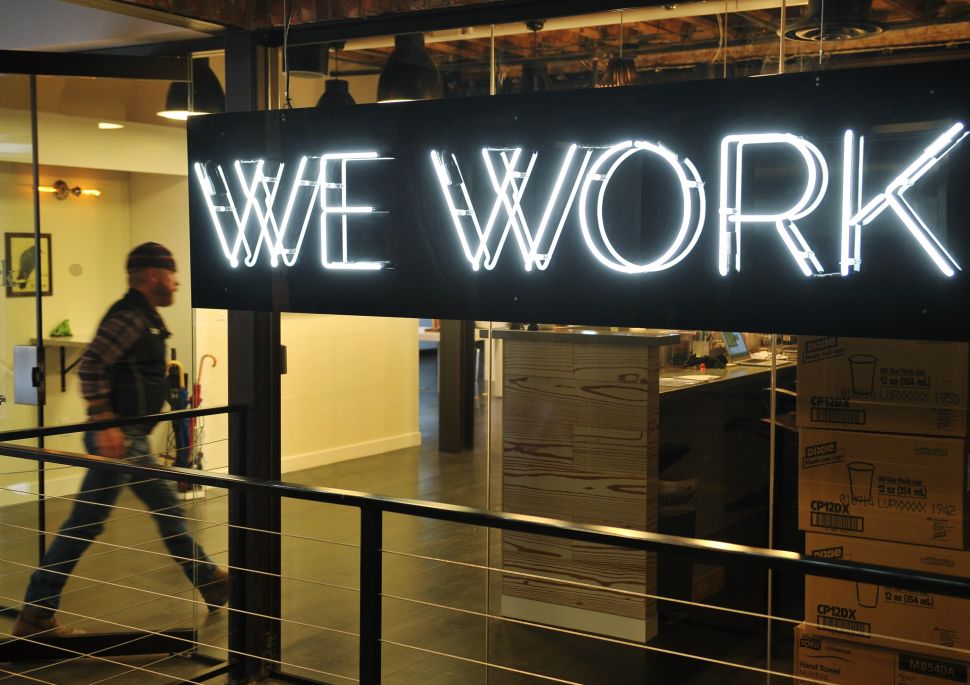