Halloween is almost here to kick off the holiday season. And to us bleeding-edge tech enthusiasts, it’s only fitting to celebrate the festivities with an early year-end roundup of the most spooky innovations of the past year.

2019, so far, has been a busy year of breakthroughs in the consumer tech space and alpha-stage ideas proposed by billionaire futurists that blur the boundaries between reality and science fiction.

From a year of diligent reporting, here are our picks for the five most mind-blowing and frighteningly real inventions that you should know about (or at least be able to talk about with friends at this year’s Halloween parties).

In July, Tesla and SpaceX CEO Elon Musk announced that one of his side gigs, neuroscience startup Neuralink, was in the process of developing a brain implant that would “merge biological intelligence with machine intelligence”—or, in other words, connect human with computers.

The chip, pending FDA and other necessary regulatory approvals, will be installed in a person’s brain by drilling a two-millimeter hole in the skull.

Musk said such a device would dramatically improve the computing capacity of human brains and help the human race tackle the onset of an “AI apocalypse,” a scenario in which artificial intelligence (AI) surpasses human intelligence.

On the topic of brain chips, it’s not surprising that Mark Zuckerberg has a few thoughts to share, too.

Shortly after Musk’s big Neuralink announcement in July, the Facebook CEO said at a staff meeting that he’s interested in the idea of computer-human integration as well but would approach it in a less invasive way.

“Non-invasive is like, you wear a band or glasses, you shine an optical light and get a sense of blood flow in certain areas of the brain,” he explained. “I think as part of AR and VR, we’ll end up having hand interfaces. We’ll end up having voice [interface and] a little bit of direct brain [integration].”

A note of caution to Black Mirror fans: If one day you wake up to find a robot dog straight out of the “Metalhead” episode at your doorstep, don’t panic. It’s probably just the Amazon package you ordered the other day.

These four-legged robots, developed by German automotive manufacturer Continental, made their debut at the Consumer Electronics Show at the beginning of this year. They are designed to perform the last-mile delivery in a fully automated shipping system, in which a self-driving delivery truck stops in a neighborhood and deploys these robot dogs to specific receivers.

Advocates for artificial intelligence love to argue that the technology has great potential to free humans from the boring, repetitive work that no one wants to do. But sooner or later, those types of tasks won’t be the only jobs robots replace.

For example, artificial intelligence research lab OpenAI has made a text generator that’s so adept at producing English text that it’s capable of writing a basic news article without the help of a human editor.

Although the creators of this tool didn’t make the full codes open-source due to concerns regarding possible misuse, outside researchers have managed to recreate a version of the original system that’s powerful enough to be used in mass-producing fake news and propaganda content.

Lately, Observer has noticed a crop of dating apps that tout the use of artificial intelligence as a key step in helping you find your better half.

Mei, for example, is an app with a built-in robot relationship assistant that can “deliver real-time personalized analysis and romance advice” by studying your text (and the subtext of) conversations from outside messaging apps, such as WhatsApp.

Analytics can even tell if you’re chatting like your usual self or acting strange. And it’s not just about emojis. “Do you wait to reply, or do you reply immediately? Do you use exclamation points? Do you double text?” Mei’s creator Es Lee explained to Wired. “I thought a lot of that could be done with algorithms.” 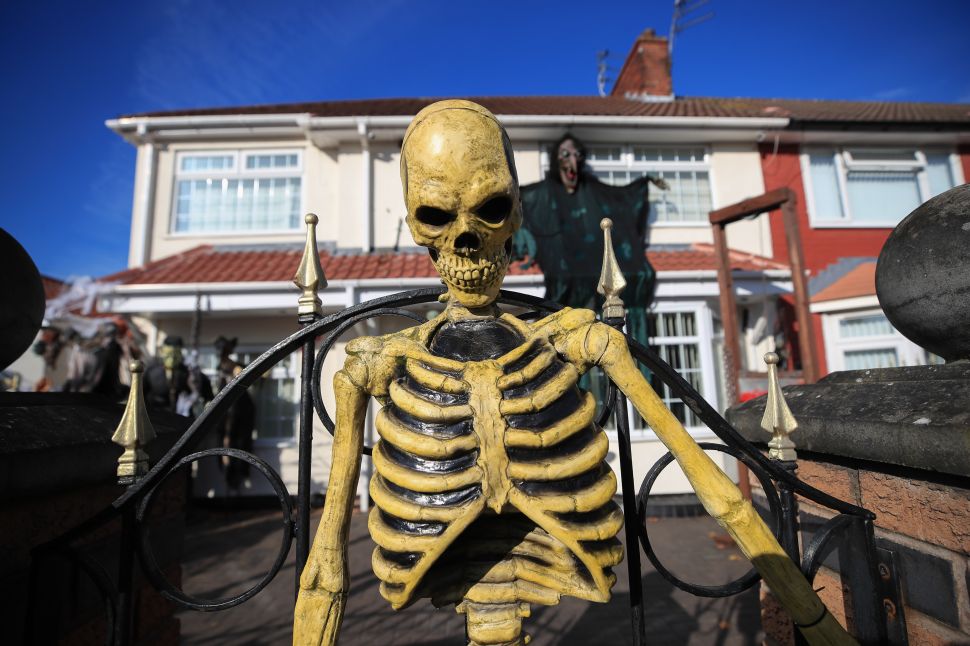