“When I joined the company, I knew I wanted to become a principal dancer,” Herman Cornejo said of joining American Ballet Theatre (ABT) back in 1999. “Even though I won the golden medal in the senior division of the Moscow International Ballet Competition, I didn’t mind starting with an apprentice contract.”

Twenty years later, Cornejo can more than say he’s accomplished his goal, and those achievements will be celebrated by ABT with a special performance honoring the dancer on October 26. Quickly rising the ranks, he was promoted to soloist in 2000 and then principal dancer in 2003. Over the past two decades he has played countless memorable roles, including Puck in A Midsummer Night’s Dream and Cassio in Othello while also originating roles in The Tempest (Caliban) and Rabbit and Rogue (Rabbit).

“I fulfilled some of my dreams much earlier than expected and some others, much later than expected,” he said. “All the promotions came really quickly. I was promoted to principal at only 22 years old. The leading roles took longer to come—but in the end, it was a good thing.”

Before he landed those leading roles, Cornejo was one of the most promising dancers from his home country, Argentina. He grew up admiring and watching his sister Erica Cornejo, a former professional dancer with ABT and the Boston Ballet. “Having my sister next to me, sharing stages around the world since we were teenagers, and having her as a model figure has made me who I am now,” he said. “I am grateful for her talents as an artist.”

In Argentina he studied at Teatro Colón, which made an indelible impression on his professional dance perspective. “Dance education is different in each and every country,” he noted. “One of the biggest differences I find between Argentina and the U.S. is that in Argentina, at a young age, you are treated as an adult, and you are expected to always do beyond your limits.”

And so Cornejo pushed not only himself, but the casting boundaries that encased him. At five feet six inches, he is somewhat shorter than the heights attributed to leading ballet roles, but his skills and partnerships helped prove otherwise. “I always see myself as an actor doing dance. So, going through featured roles was amazing for me, but I didn’t want to get stuck in secondary roles,” he said. “I knew I could perform the leading roles if I had the right partner. Luckily I was partnered with Xiomara Reyes, with whom I debuted almost all of my leading roles.”

These roles garnered him great attention; in 2004, The New Yorker dubbed him “the most technically accomplished male ballet dancer in the United States.” Such a title has awarded him fame in the dance world and pop culture—Cornejo has over 16,000 followers on Instagram, a group he regularly engages with. “In the past, only selected artists would get the chance to be recognized internationally, either by the choice of a critic or by the hand of a choreographer,” he said. “Instagram gave the opportunity for artists to make their own path. I enjoy posting things about my career, mostly to share my life with my family back in Argentina. It is only a tool for me that brings the people I want closer.”

In many ways, Cornejo sees his craft as a way to connect. “Dance is the perfect art form to show the culture of a country and its values, and it has the capacity to send powerful messages and represent the past, present, and future,” he shared. “I never think of myself as having to push a barrier for being a Hispanic person in the States. I identify myself as an artist and the only barrier I consider as having to push forward is my artistry.”

As such, Cornjeo looks forward to his many roles—leading, original, and boundary-pushing—to come. “I’m still debuting roles and I’m not tired of them,” he said. “This is giving a longer length for my career as I think I have many years ahead with ABT.” 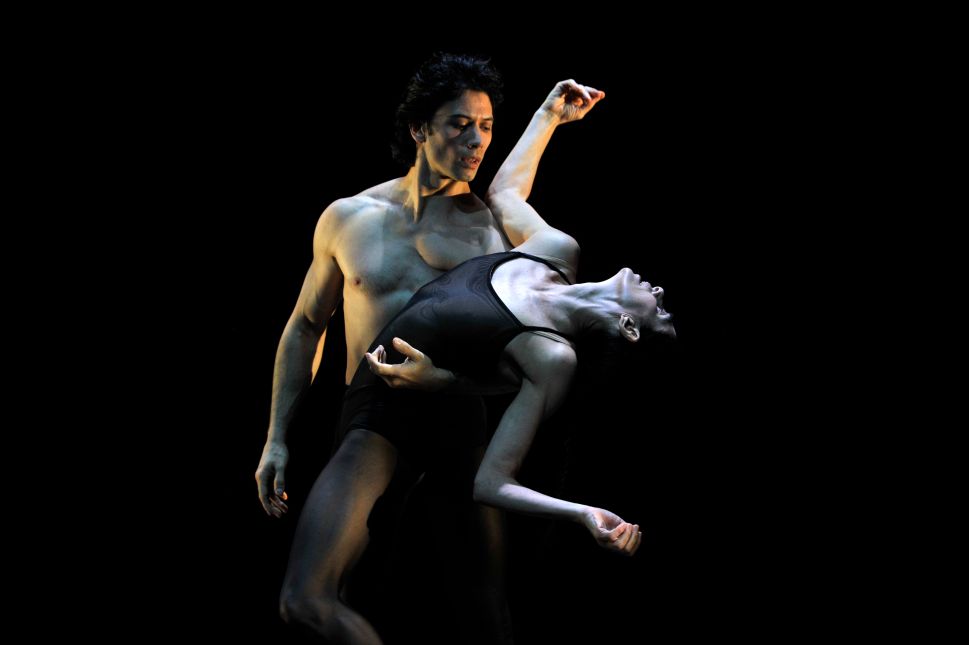