Actors Ian Somerhalder and Nikki Reed are ready to call it a day in Venice. Or at least, with their four-bedroom, four-bathroom home in the beachy Los Angeles neighborhood.

The duo is listing their modern 2,840-square-foot home, located right by Abbot Kinney, for $3.5 million. The former Vampire Diaries star and erstwhile Twilight actress (a whole lot of past vampire roles in this household) purchased the two-story abode from Red Hot Chili Peppers drummer Chad Smith for $2.85 million in 2015, notes Variety.

SEE ALSO: Lindsey Vonn Is Selling Her Vail Retreat and Moving to the East Coast

The kitchen is fitted with stainless steel Wolf and SubZero appliances, with stone counters and an island with breakfast bar seating. It’s adjacent to a dining area with a lengthy picnic-style table.

A see-through fireplace set in a reclaimed wood column separates the open dining and living spaces; there’s also a study.

A floating steel staircase leads upstairs to three of the bedrooms, each of which has a terrace. The master suite is reached by way of an architectural bridge, and contains a bathroom with a double sink, soaking tub and a walk-in closet.

There’s no pool in the backyard, which is reached via sliding glass doors, but there is a fire pit, as well as a hammock and swinging egg-shaped chairs dangling from the trees.

It’s not yet clear where Somerhalder and Reed are heading next, or why they’ve chosen to list this Venice home right now—they did purchase the residence shortly after they tied the knot in 2015, and now that they have a daughter, maybe they’re looking for a larger or more family-friendly property. 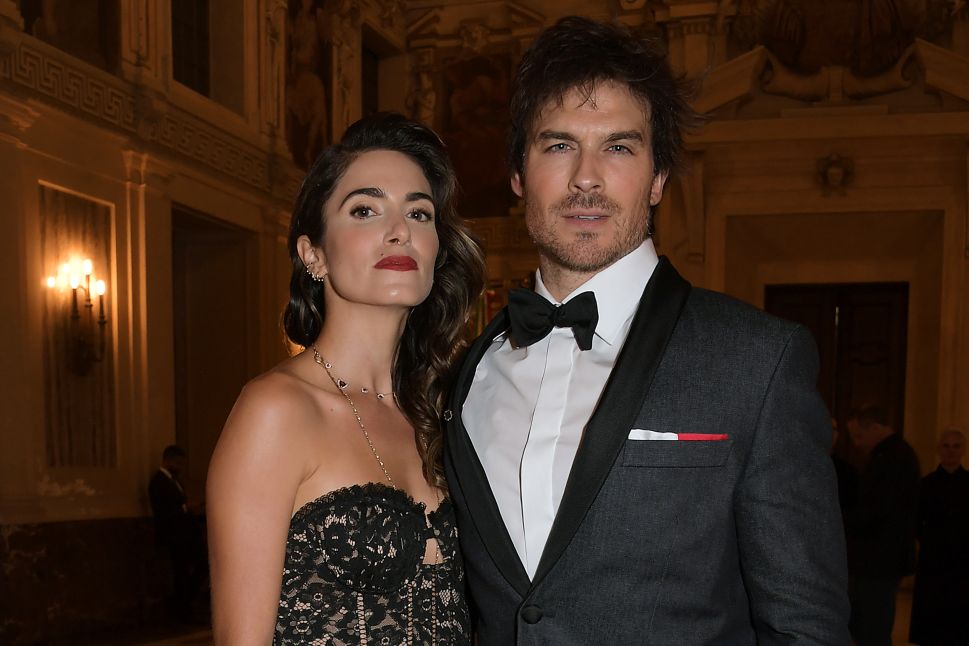