A book about a Midwestern Jewish family confronting a domestic crisis, The Middlesteins wasn’t a beach read and it didn’t shed too much light on my single woman, working life in Manhattan. Through its characters and their obsessions, I found myself wrestling with their demons instead of my own. The characters were wholly realized, vivid and tragic, but not without a sense of humor. Their desires and conflicts felt real even if they didn’t resemble my own. Finishing the book in a secret garden tucked between office buildings, I was hungry to read another novel. Attenberg’s deft hand reminded me of E.M. Forester’s dictum: only connect.

Over the course of her career, Jami Attenberg has written seven books, including her most recent novel All This Could Be Yours. Each book is marked by a desire to resolve broken ties, not necessarily by means of reconciliation but through a journey to greater understanding. These are books lead not so much by plot, but by emotional honesty. Her novels track the actions of a series of fully developed characters. Never idealized and often prickly, they never ring false to the reader. This unfussy humanity has made Attenberg my go-to author whenever I need to break a longstanding fiction slump.

After reading an early copy of All This Could Be Yours, I talked about the book with friends—two who had read it and many more who had not—about the effect it had on me. Rather than read yet another excoriating essay the wealth gap or #metoo, I found myself grappling with these same issues through fiction via one family’s final days with their craven patriarch. I talked about the characters because they embodied so many issues that had been rattling me for years. They got under my skin and I couldn’t shake them.

The Tuchmans are a family in exile. Uprooted from Connecticut, Victor and Barbra Tuchman live a subdued life of retirement in New Orleans where their son Gary works in the film industry and lives with his wife, Twyla, and their daughter, Avery. Victor is “beyond terrible,” an abusive, womanizing criminal masquerading as a well-heeled developer. After he suffers a heart attack and falls into a coma, his daughter, Alex, feeling “both empathetic and manipulated, two warring emotions existing within her, in full, raging bloom,” is summoned from Chicago to his deathbed. A calamitous series of days ensues. Barbra freezes up, Gary refuses to return from Los Angeles and Twyla teeters on the verge of a nervous breakdown as Alex paces the city, pleading for answers from her withholding mother and losing herself in the city’s excess. As family secrets unspool, the years of resentment and anger burn off in this tightly drawn novel.

Attenberg’s characters compellingly offer a frank glimpse into the scourge of late capitalism and toxic masculinity in the United States. Fumbling to speak with her unconscious, dying father, Alex muses about capitalism. “That she had benefitted from the so-called bad capitalism…was something she declined to engage with, then or now. Though, deep down, she knew she was a hypocrite. A well-fed hypocrite. Knowing all that, was she even allowed to be angry with him? Sure she was.” Rather than depict a lifetime of abuse, Attenberg zeros in on the fallout. Watching someone walk through years of anger in a sterile hospital room, I couldn’t help but step outside my self-contained bubble. Attenberg’s unflinching ability to create utterly vulnerable and vicious characters, locked in a cycle of want and need, demand your attention.

When I asked Attenberg what motivated her to focus on a family in triage, she commented, “I was interested in white women who voted for Trump. It’s certainly where my gaze is going now, but I think with every book I’m trying to figure out the ‘why’ of the characters, and there’s endless questions to be answered in the universe.” She goes on to say, “My books do not come from a place of a political approach, they come from a place of characters, people, humanity. My politics filter in inevitably. It’s also not a new thing for me to explore the way men mistreat women in my fiction. The impact of the patriarchy on the fabric of the American family and the identities and psyches of women is a long-running theme in my work.”

Rather than write a lengthy family saga that tracks the rise and fall of one family, Attenberg concentrated on the final days of one despicable man and those bound to his legacy. Within this tight focus, there was no opportunity for redemption, but was there room for forgiveness? I asked Attenberg what she found at the close of writing her book. She responded, “I understood my characters better, but I didn’t necessarily forgive them. But I felt that I had told their story, and that’s my only job.” She adds, “Look, I just wasn’t super interested in figuring out the ‘why’ of Victor. I think we as a culture spend an inordinate amount of time trying to document and process these terrible men. I’m done with them. Enough already. Let’s assess the damage and try to fix it.”

Identifying the root of the problem is a first step. Attenberg’s book turns from assessment to action—but not without considering the question of whether or not one can escape fate. Exile couldn’t spare the Tuchmans and their destination was a curious location. Through the removal of its Confederate statues, New Orleans, of late, has undergone a public reckoning with its complicated past. As demonstrated through passions flaring on either side, the Civil War and reconstruction is no distant memory for its residents. In New Orleans, the William Faulkner chestnut rings awkwardly true, “The past is never dead. It’s not even past.” After one drink in the Quarter, Alex realizes “Maybe it was the ghosts that ran this town.”

It is a cutting trick to situate their grand demise amidst such turbulent beauty, but New Orleans is also Attenberg’s current home. Born in the Midwest, Attenberg was a longtime resident of New York before splitting her time between New Orleans for several years, then later permanently relocating to the Southern city in 2017. This is her first novel set in her adopted home, which was no small feat given that New Orleanians are a tough crowd to please.

Considering the challenge of satisfying a city fiercely protective of itself and allergic to cultural appropriation, Attenberg treaded gently by populating her book with non-natives. She reflects, “My access point for this book initially was writing from an outsider perspective because I was an outsider myself, but almost immediately native New Orleanian characters started showing up and making commentary on the scene. It’s like they were saying, ‘Oh you were going to write this book without us, lady? Think again.’ So in first draft mode, I tend to let everything roll, and they were an incredible asset to the book, able to see and know things that my primary characters couldn’t, and add a tone and a texture that otherwise wouldn’t have existed. They were a real joy to write.”

Offering a counter balance to the Tuchmans, the irrepressible spirit of locals is the novel’s ballast. Their daily resilience shines with the defiant confidence of survivors. Attenberg remarks upon the ways that New Orleans has shifted the course of her own life. “I have found a sense of daily community in New Orleans that did not exist for me in New York City—although I had a wonderful community there, too. It’s so much about the street culture in New Orleans, and for someone who works at home, and is also a regular walker, I have found it immensely appealing to be there. It’s also a quieter place, I have a quiet home, there’s no construction around, and once I removed the regular pressures and concerns and noise of New York City—although certainly New Orleans has its own set of pressures and concerns—I have been able to think about myself a little more clearly.”

Inspired by her surroundings, Attenberg’s next project is a departure from her longstanding commitment to fiction. “I have always dreamed of writing an essay collection, and for the first time it feels like I’ll be able to see my way to a more fully realized truth about myself. But also I’m getting older! I’ll be forty-eight soon enough. I think with middle age comes a kind of calm and honesty. If you can’t face yourself now, then when?” Coming on the heels of what is arguably Attenberg’s best novel to date, this is sure to be a rigorous and deeply empathetic collection. 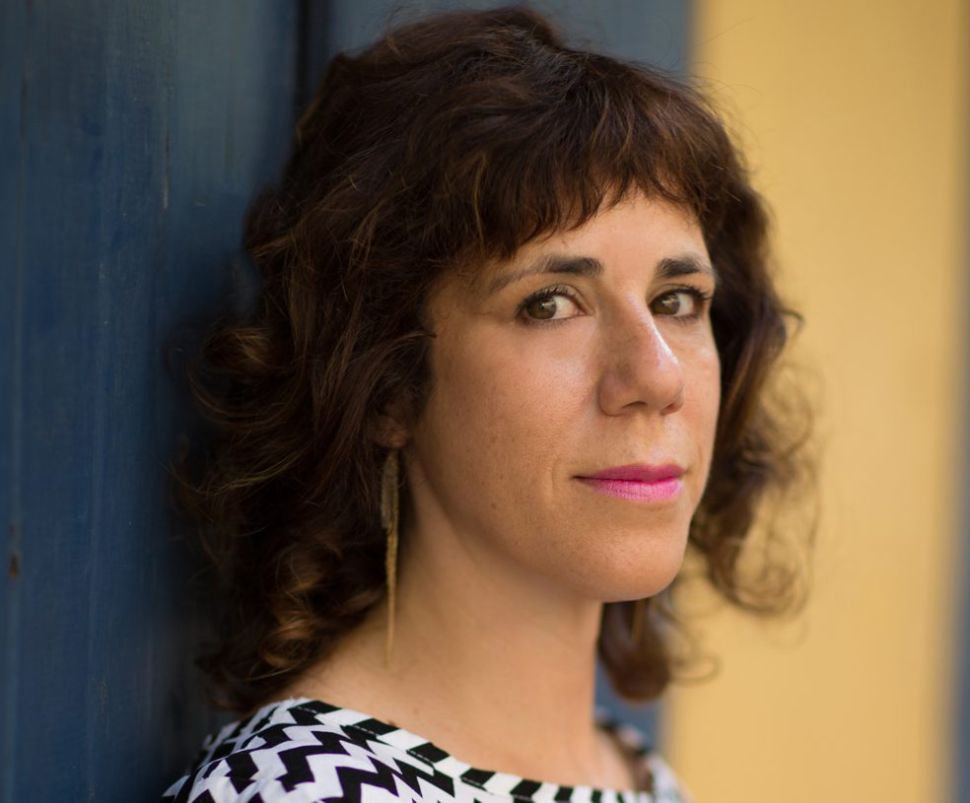 Filed Under: Entertainment, Books, New Orleans, Jami Attenberg, All This Could Be Yours