Actor Jason Statham and model Rosie Huntington-Whiteley are ready to call it a day in Malibu. The engaged duo just listed their sleek four-bedroom, four-bathroom beach retreat for sale, with a $19.95 million price tag attached.

Statham is the one who originally purchased the 3,909-square-foot home; he doled out a touch over $10.6 million for the estate in 2009, a year before he and Huntington-Whitley began dating, according to Variety.

The home is located in the exclusive, celebrity-adored Malibu Colony enclave, and has direct access to a private beach.

The residence is known as “the Black House,” according to the listing shared by Hilton & Hyland brokers Branden Williams and Rayni Williams, due to the jet-colored cedar shingles. There are Belgian oak floors and floor-to-ceiling walls of glass throughout, with imported Burmese teak decks.

The living area features a floor-to-ceiling brick fireplace framed by a surplus of firewood, and is adjacent to a media room with a black built-in console and television set-up.

The open Bulthaup kitchen is equipped with Gaggenau appliances, grey oak cabinetry and a center island, with stainless steel countertops and a breakfast area. There’s also an airy dining space, with wood shelving.

The outdoor patio is outfitted with a Jacuzzi and sectional seating. There’s also a full one-bedroom, one-bathroom guesthouse with a kitchenette.

It’s not clear why Statham and Huntington-Whiteley, who welcomed a son in 2017, decided now is the time to part with this Malibu beach home, but perhaps they’re just ready for a change. They do own at least two other homes elsewhere in California at the moment, as per Variety, they currently maintain a $2.7 million home above the Sunset Strip, as well as a larger $13 million mansion in Beverly Hills. 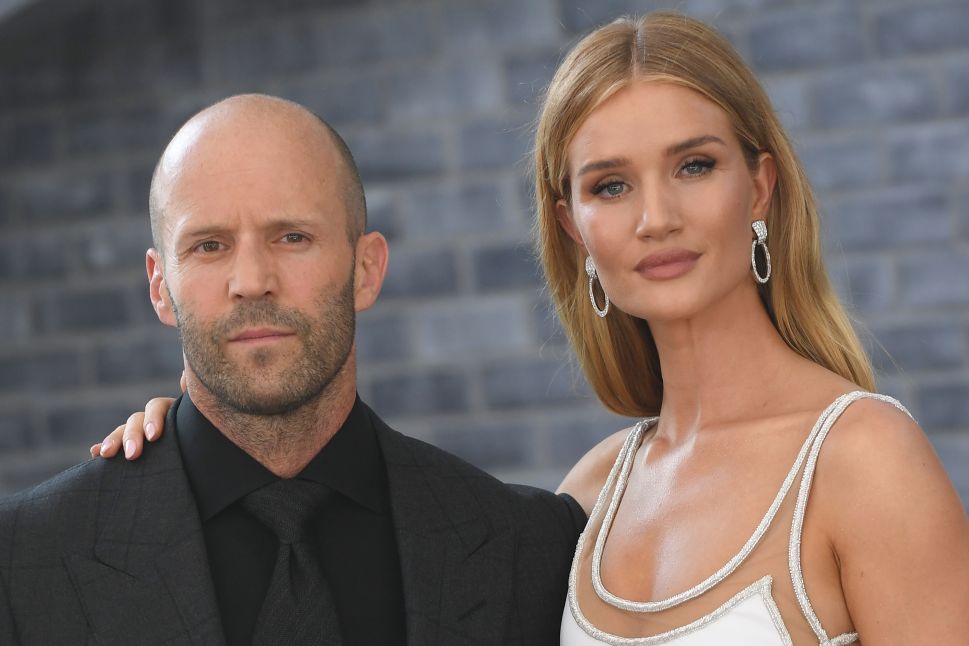