In October, Jenny Holzer, one of the most influential neo-conceptual artists of her generation, is scheduled to collaborate once again with Creative Time, a public arts organization dedicated to amplifying the voices of impactful commentators on a grand stage. With her brief, sharply ambiguous and text-based presentations, Holzer has long captivated the public with evocatively rendered one-liners like “ABUSE OF POWER COMES AS NO SURPRISE” and “PRIVATE PROPERTY CREATED CRIME.” Later this month, Holzer will dedicate her talents toward illuminating the crisis of American gun violence with a public light projection called VIGIL, which will consist of huge messages that will be projected onto  the sides of Rockefeller Center in Manhattan between October 10 and October 12 at 8 p.m. each night.

With works like her Inflammatory Essays, Holzer has, in the past, adopted a semi-anonymous artistic perspective so as to better convey phrases and sentiments that are more universal. With VIGIL, Holzer will be drawing from more explicitly thematically relevant source material. The words that she’ll be projecting onto Rockefeller Center this month are taken from texts that include Bullets into Bells: Poets & Citizens Respond to Gun Violence, stories from Moments that Survive (collected by Everytown for Gun Safety) and poems written by teens who’ve grown up in an era of hyper-frequent mass shootings. “More recently, I’ve liked projecting text so that they glide by on lovely surfaces and carry beauty, sorrow, rage or whatever they are meant to be carrying,” Holzer told AnOther magazine in 2018.

“What I think is so important about this issue is that it’s something that we’re constantly bombarded with through the news,” Justine Ludwig, the executive director of Creative Time, told Observer on Monday. “We hear about this epidemic and how it is affecting our country, but often that can be unbelievably numbing. It is something that has become commonplace, and it really should be anything but, and so this is an opportunity to really amplify the voices of those affected by this issue and make it a personal, intimate issue that allows us to understand how this changes the fabric of people’s lives.”

In the era of hyper-digestible digital content, there’s something especially affecting about Holzer’s choice to work with light, shadow and projecting equipment. Her creations convey starkness and scale in addition to perceptively tragic impermanence, just like a human life. 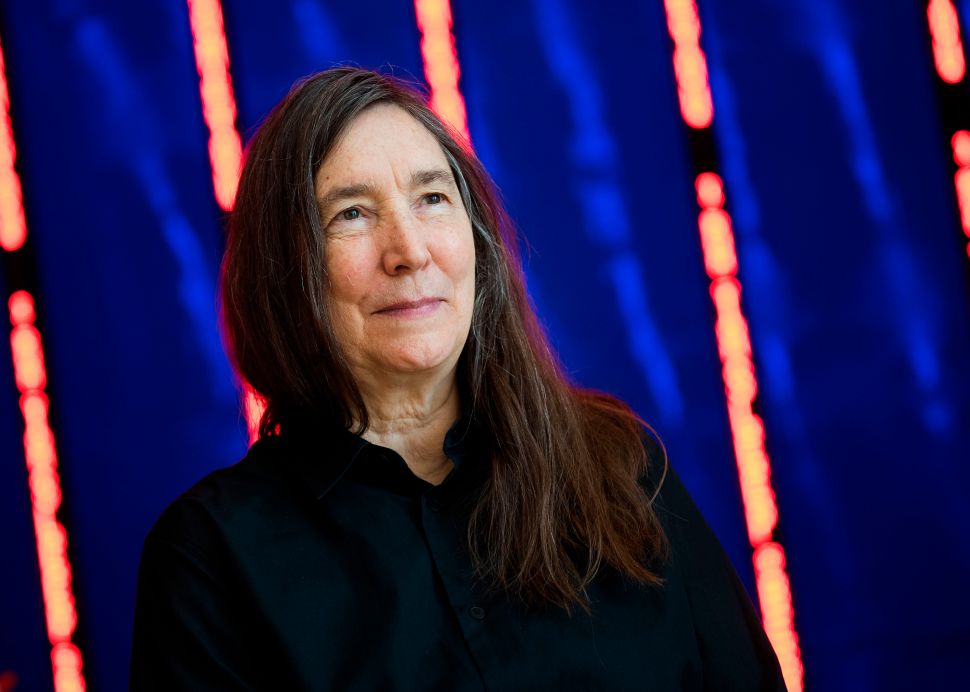