J.K. Rowling cast a powerful spell last week, one that revealed the nonprofit world’s most deceptive illusion. Speaking at the One Young World Summit, the acclaimed Harry Potter writer warned activists against the dangers of “orphanage tourism,” encouraging students to instead “look at what drives children into institutions” and address these causes with “vital services.”

From one Gryffindor to another: Bravo, Mrs. Rowling.

As a global ambassador to the UK-based nonprofit Hope and Homes for Children, I am all-too familiar with the destructive system the author described. Although I spent decades in a global development role at the World Bank and elsewhere, nothing prepared me for learning that charities involved in orphanage care were doing more harm than good. While an estimated eight million children today reside in orphanages, more than 80% have at least one living parent.

These children are prime targets for sex traffickers and drug dealers, as well as 500 times more likely to take their own life.

If we take Rowling’s suggestion and look at what drives children into these orphanages, we see the core of this problem involves identity. Children in orphanages lack the most basic human right: a proof of their existence, in the form of a birth certificate or personal ID document. They can’t escape the abusive cycle of orphanages because they do not have the necessary documents to trace back their origins and reunite with their families.

Many children in the orphanage systems are being lost forever. They vanish, going from one orphanage to another and remaining hostages of these sinister institutions. Although several governments in recent years have passed deinstitutionalization laws against orphanages, they continue to flourish because children keep being uprooted and separated from their family members. This global epidemic has been exacerbated by other crises like Syria’s civil war and the rise of statelessness due to the Indian government’s removal of citizens from its national ID registry. There is no longer a sense of belonging, and “children in cages” at the border ends up becoming children in orphanages.

Working with local authorities, both Rowling’s Lumos and Hope and Homes for Children have managed to close a good percentage of orphanages worldwide. But millions of children are still waiting to be reunited with a loving family. Many of them risk being taken out of the country by human traffickers, often ending up in modern slavery or the human organ trade.

One solution I believe will prevent these human rights violations is a form of universally recognized personal identity. In 2017, I founded the World Identity Network, an advocacy group promoting new implementations of exponential technologies, such as blockchain. Shortly after our launch, we partnered with the United Nations to roll out a pilot program in my home country of Moldova—arguably one of the most dangerous countries in the world for young children.

We’re piloting a blockchain-based system that flags every unauthorized exit of a child with someone who is not a parent as a possible attempt at trafficking. In Moldova, we work with a local antennae of Hope and Homes for Children, CCF Moldova, to get children out of the orphanage system, provide them with personal ID papers, trace their family lineage and reunite them with family members. We buy them comfortable homes and cover costs for their most basic needs. Furthermore, with our support, the government of Moldova passed a law requiring every minor to posses a proof of personal ID, if intending to leave the country. Using blockchain on top of existing systems will flag and record every unlawful attempt to exit, helping to ensure that no child is taken out of the country using fake ID documents produced by human traffickers.

I believe this systematic approach echoes magic in that it has the ability to empower individuals over their destinies. It all starts with the premise that everyone deserves proof of identity and that blockchain technology offers limitless possibilities to do it correctly. We should harness its capabilities to elevate humanity à la Wingardium Leviosa.

Dr. Mariana Dahan is the founder of the World Identity Network, a nonprofit launched on Sir Richard Branson’s Necker Island advocating for universal identity. She previously served at the World Bank for eight years and launched the organization’s Identification for Development (ID4D) program—read her full bio here. 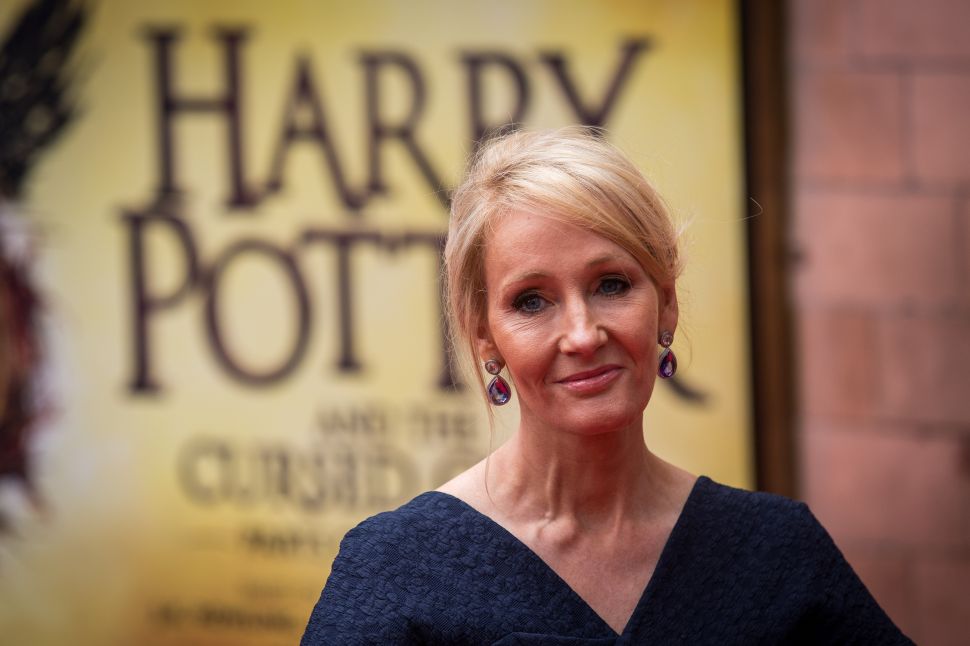