We can debate the creative and qualitative merits of Warner Bros.’ controversial comic book adaptation Joker while exploring the social responsibility cinema holds to the public. We can probe the depths of the character’s increasingly treacherous yet mesmerizing psychology. We can even track Joaquin Phoenix’s Academy Awards prospects against a tough field of competition. But one concrete detail that cannot be debated, disputed or opposed is money—and Joker just made a whole mess of it in its opening weekend.

Rolling out on a massive 4,374 screens nationwide, WB’s Joker, directed by Todd Phillips, has beaten Sony’s Venom ($80.2 million) for the biggest October debut in film history with an estimated $93.5 million. It looks like the Clown Prince of Crime surveyed the polarizing conversation surrounding his movie and laughed all the way to the bank with it. This debut bests Aquaman ($68 million) and marks the top opening in the careers of Phillips, Phoenix and Robert De Niro. Worldwide, the film earned north of $140 million.

Joker set an October Thursday night preview record with $13.3 million, again beating Venom‘s previous high of $10 million. The film then went on to best the Friday October record set by Halloween ($33.1 million) and Venom ($32.5 million) with a rollicking $40 million. The villain origin story’s closest comparison in the comic book realm might be 2017’s R-rated Logan, which earned $9.5 million in Thursday previews en route to an $88.4 million opening.

Logan went on to earn a 2.5x multiplier, or the multiple of the film’s final gross to its debut numbers, as it raced to $226 million domestic. If Joker performs similarly, it’s on pace for $200 million-plus here in North America, though its controversial and bleak subject matter may render it more frontloaded. Perhaps 2009’s Watchmen (1.9x) should be considered Joker‘s floor with Logan serving as a realistic best case scenario. Either way, Joker carries a production budget of just $55 million before marketing and distribution, so the film likely only needs around $190 million worldwide to turn a profit. It’s nothing but champagne popping from here on out for WB.

Domestically, the studio’s five biggest hits released in 2019 are:

When Joker was first announced in 2017, it was reported that Warner Bros. was considering a new division of DC Films dedicated to filmmaker-driven and experimental movies steeped in its comic book material yet disconnected from the shared DC cinematic universe. Given Joker‘s success, it wouldn’t be surprising to get an official “DC Black” announcement from the studio and DC Films head Walter Hamada in the near future. 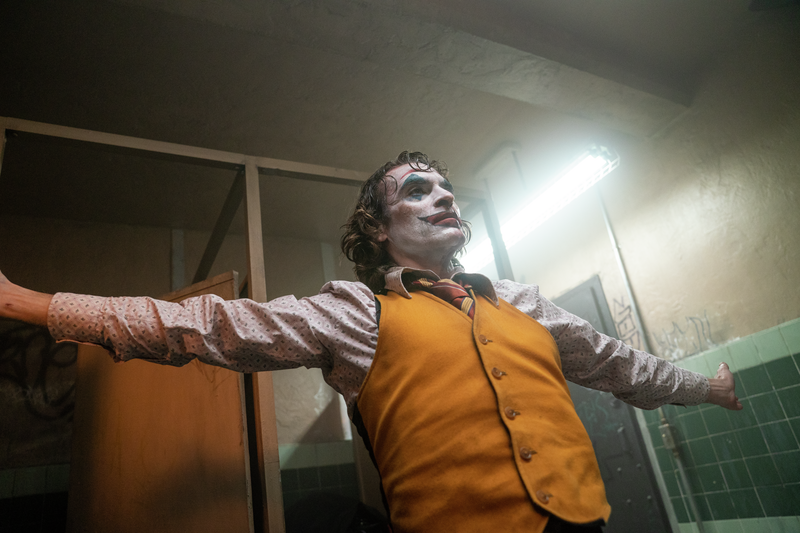