At one point in Joker‘s development, Warner Bros. was so concerned with the film’s risky commercial viability that it split the $55 million to $70 million production costs with Village Roadshow (25%) and Bron Studios (25%). Fast forward to today and the dark, psychological character study featuring Batman’s greatest nemesis stands at $745 million worldwide with a legitimate shot at cracking $1 billion. The staggering box office total has opened new doors for DC Films and put Joker on a path to major Academy Awards contention. But since Warner Bros. willingly shared in the movie’s risk, it must also share in the movie’s reward. And there is quite a bit of that to go around.

After accounting for production costs and a roughly $120 million marketing campaign, Joker is expected to turn a profit of $464 million after global theatrical, TV and home entertainment revenue are added up, Deadline reports. That number could climb even higher depending on where Joker ends its box office run.

Such a total would have ranked Joker among the top-three most profitable movies of 2018 alongside Marvel’s Black Panther ($476.8 million) and Avengers: Infinity War ($500 million). Those blockbusters notably carried budgets of more than $200 million while featuring more conventional tentpole superhero storytelling. By year’s end, Todd Phillips and Joaquin Phoenix’s comic book inversion should be one of the biggest moneymakers of 2019.

For DC Films, Joker could wind up as the studio’s most profitable film of all. It’s on pace to best breakout hits such as Aquaman ($260.5 million), the banner’s highest-grossing film at $1.1 billion, and Wonder Woman ($252.9 million), which earned north of $821 million worldwide. Again, both films boasted budgets around 190% larger than Joker.

Deadline projects Joker to stand at $825 million worldwide and $279 million domestic by the end of this weekend.

“Chances are high that Joker will greatly eclipse them and approach $1 billion,” Forbes writer Travis Bean predicted while comparing the movie to its DC Extended Universe cousins.

It will soon pass Man of Steel ($291 million) to become the the seventh highest-grossing domestic entry on the DC Films resume. This continues WB’s superhero rebound after Justice League lost the studio a reported $50 million to $100 million. 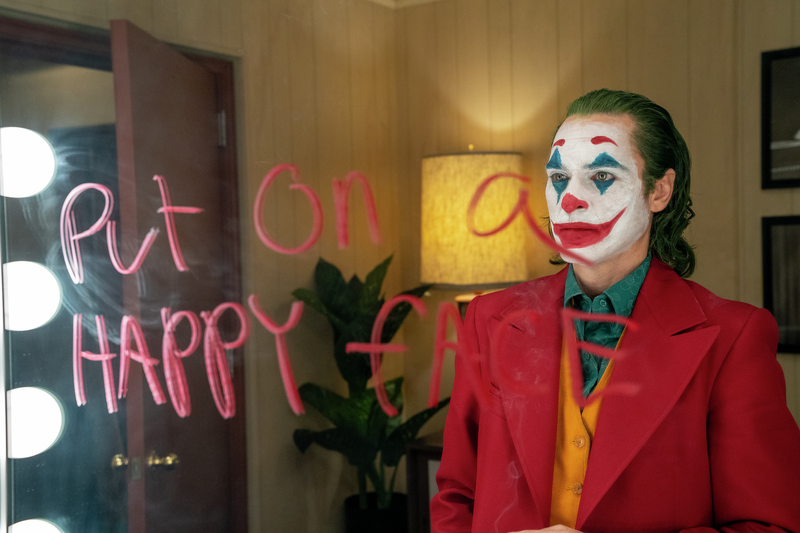