Warner Bros. and Joaquin Phoenix’s Joker has proven to be the year’s most polarizing conversation-generator. In recent weeks, the film has drawn both immense praise and scathing critiques regarding its depiction of a mass killer. The Todd Phillips-directed comic book adaptation has inspired such loud feedback that Warner Bros. even rescinded press invitations to its red carpet premiere.

Yet none of the controversy seems to be dampening Joker‘s box office prospects. The movie boasts the second-best pre-sales for an R-rated film this year, behind just John Wick Chapter 3, according to Atom Tickets. It’s outpacing similar titles on the ticket-buying platform in the same time frame such as It Chapter 2, Us, and Glass. Importantly, it’s also outpacing the pre-sales of Venom, which was released in the same weekend slot last year and set an October record with an $80.2 million opening.

Joker is now tracking for an $80 million-plus debut this weekend and it’s a good bet that it will ultimately top Venom‘s record. Some projections peg its opening as high as $95 million while long-range forecasts from weeks ago noted that $100 million was within reach. Overall, it’s looking at a global debut of $155 million. It’s important to note, however, that tracking is an inexact science and can prove inaccurate for major titles. The film cost $55 million to make before marketing and distribution and likely only needs around $190 million worldwide to turn a profit.

John Wick Chapter 3 opened to nearly $57 million in May en route to $171 million domestic for a strong 3.0x multiplier, or the multiple of the film’s final gross to its debut numbers. If Joker performs similarly as an ultra violent R-rated spectacle, it could earn between $240 million and $285 million here in north America alone. If it plays like It Chapter 2 (2.1x), Us (2.4x), or Glass (2.7x), it’s still looking at a floor of roughly $170 million and a ceiling around $255 million. Either way, that’s a win and Warner Bros. could use one right about now.

The studio, which normally sports one of Hollywood’s best batting averages, suffered through an unusually tough late summer. The combined grosses of The Goldfinch, Blinded by the Light, and The Kitchen totaled less than $30 million domestic. But It Chapter 2 and Joker are providing some fall muscle and WB still has the Stephen King adaptation Doctor Sleep, Clint Eastwood’s Richard Jewell and Michael B. Jordan’s Just Mercy  to come this year. 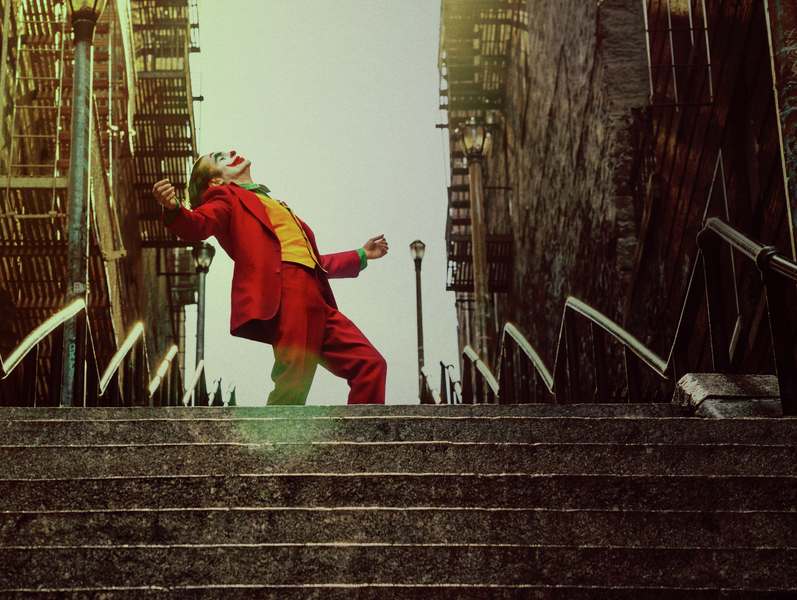