On Monday, search engine giant Google released its latest doodle in honor of a Belgian physicist named Joseph Antoine Ferdinand Plateau, who was born on this date 218 years ago and whose invention of a device called a phénakistiscope birthed the inception of the enduring illusion of the onscreen moving image. Plateau may not quite be a famous name when it comes to technological innovations, but his work led to the advent of cinema, television and animated GIFs.

Plateau’s eventual foray into artistic innovation was perhaps pre-determined by his parentage: born in 1801, he was the son of an artist who specialized in painting flora and fauna. In terms of his studies, Plateau focused on physics and eventually made great strides with his doctoral dissertation, which explicated how images form on the retina. He drew from these scholarly revelation in order to make his aforementioned device.

SEE ALSO: Google Celebrates Its 21st Birthday With a Nostalgic and Subtle Doodle

Technically speaking, Plateau’s phénakistiscope consisted of a disc attached to a handle. Around the disc’s center, Plateau would render a series of drawings of the same image in different phases of movement, and would space them out evenly all around the perimeter. Sliced through these drawings were equidistant gaps cut in the disc. A person holding the handle would then set the disc rapidly spinning and then look at its reflection in a mirror through the aforementioned gaps. The resulting effect was something that looked like an infinitely repeating moving image of things like tigers swallowing people, women aging and rats scurrying away into the darkness. In other words, these were the world’s first animated GIFs.

In reference to Plateau’s visionary anticipation of the effect moving images would have on every aspect of culture, today marks the first instance of Google creating different Doodles that will show up across different user devices: “desktop, mobile and the Google App.” 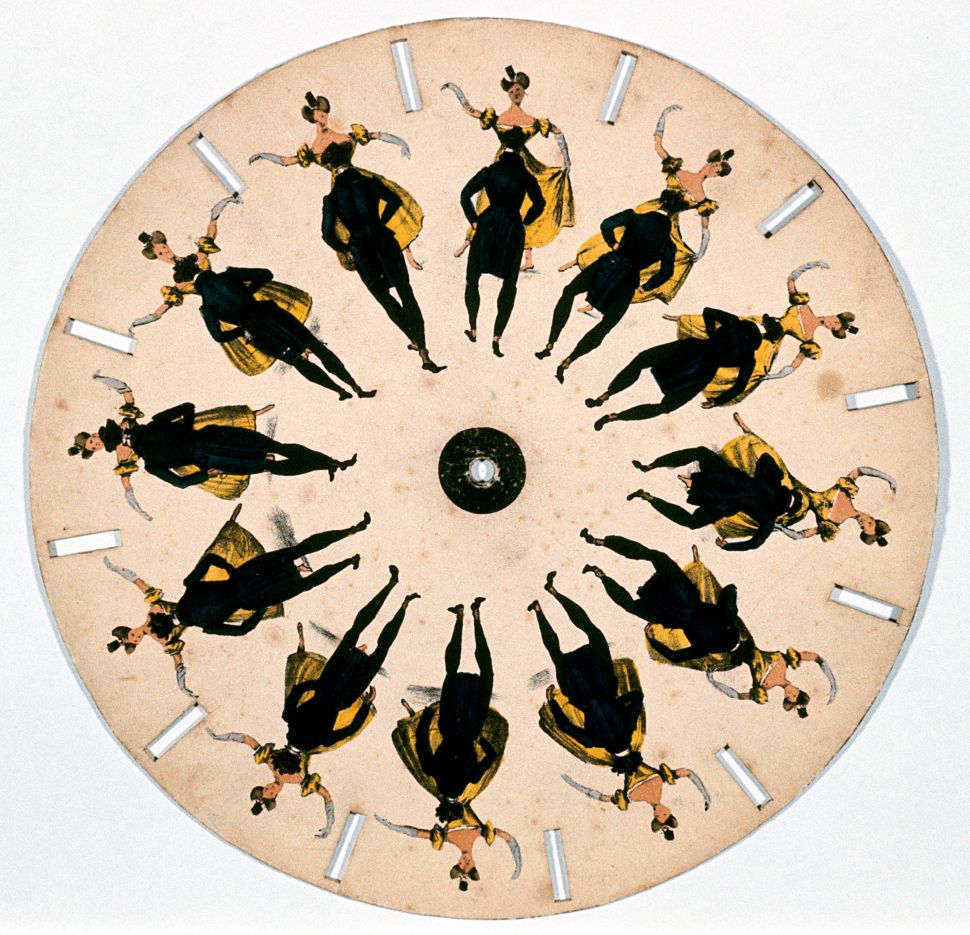