Now that Justin Bieber and Hailey Baldwin have tied the knot for a second time, with a glitzy, celeb-filled wedding in South Carolina, it seems the duo might be in the market for a home upgrade.

Bieber and Baldwin moved into a 6,132-square-foot Beverly Hills mansion earlier this year; they paid $8.5 million for the home in March. They appear to have fully settled into the property, as the pair have both posted photos over the past several months from the house, giving a peek at the interiors, including a few with their two new cats, Sushi and Tuna.

Home vibes, but I wanna sell it I think anyone interested?

The luxe mansion was originally built in 1932, and was remodeled by the previous owners. There are steelcase windows and white oak floors, as well as marble-encased fireplaces, an Art Deco-style bar and floor-to-ceiling temperature-controlled wine cellar.

Starting three days ago, the hotel slippers-loving musician began posting photos showing off the decor and aesthetic of the five-bedroom, seven-bathroom abode—as of now, there is a grand total of 17 images.

I think I wanna sell my home in Beverly Hills who wants it.

After a few Instagram uploads with the same “Home vibes” caption, including one showcasing his Super Shot basketball arcade game and another with a wall covered in banana leaf papering with a neon glass “The Tropics” sign, Bieber added another photo captioned, “Home vibes, but I wanna sell it I think anyone interested?”

He subsequently put up another photo that gave a peek into the kitchen (think stainless steel appliances, marble center island and white oak cabinetry) and the sunken living room (currently furnished with accessories like a Venus et Fleur bouquet, giant L-shaped couch, Louis Vuitton book and marble and gold coffee table) with a more straightforward, “I think I want to sell my home in Beverly Hills who wants it.” Any takers?

Perhaps he was displaying all his and Baldwin’s decor because he’s trying to entice buyers with the house’s current look, as his next photo declares, “I’ll sell it with all the furniture,” and “MAKE AN OFFER.”

And just in case he wasn’t clear enough before, there’s another picture, showing a nook with a hammock chair and a giant black-and-white photograph of the Biebers having a moment on the beach, captioned, “Whoever wants to buy my home reach out.”

Bieber seems to have curbed in his real estate ambitions in last 48 hours, as his most recent photos aren’t promising all his furniture to random Internet humans nor asking for home offers, but there have been a few more Instagrams giving a glimpse into the Biebers’ marital home.

Whoever wants to buy my home reach out

If Baldwin and Bieber really are ready to call it quits with their Beverly Hills home after less than a year, we wonder where they’ll head next—perhaps it’s back to Bieber’s true favorite Los Angeles spot, the Beverly Hills Hotel. After all, with all the banana leaf wallpaper, he definitely took some inspiration from the Pink Palace. And if the pair actually find an Instagram buyer for the property, at least they’ll be bypassing a broker’s fee! 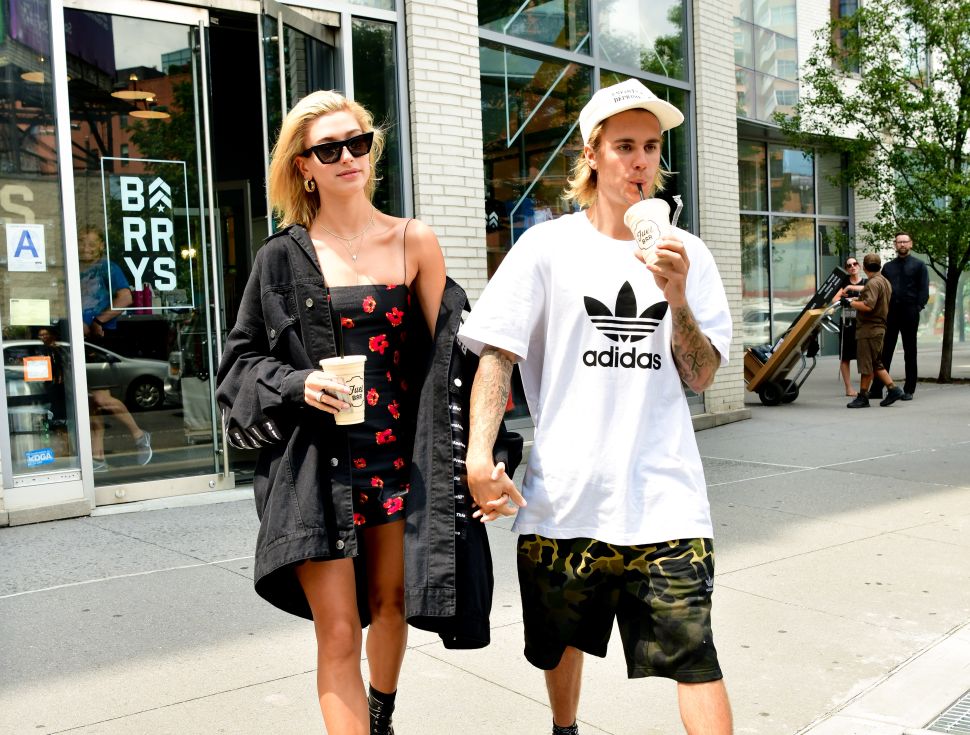