Auction season is in full swing all around the world, meaning that almost every day new and rare treasures from every artistic medium are proffered to be coveted. On the weekend of October 25, Julien’s Auctions will kick off a huge sale of over 700 items once owned by music legends across a huge spectrum of genres, but perhaps the most interesting item up for grabs is the tattered and stained cardigan worn by Kurt Cobain during his legendary MTV Unplugged performance in 1993. The authenticity of the sweater, which has been estimated to sell for $200,000-$300,000, was verified by Cobain’s daughter’s former nanny, Jackie Farry.

Julien’s Auctions sold a different sweater of Cobain’s in May of this year for $75,000, but the Nirvana frontman’s Unplugged cardigan is on a whole other level in terms of iconography. During that performance, surrounded by candles and, unbeknownst to us then, only months away from his tragic death, Cobain howled into the microphone with a wrenching intensity that’s reverberated through music history ever since.

Other items on the docket in the “Icons & Idols: Rock ‘N’ Roll” auction are just as fascinating. Handwritten lyrics by Bob Dylan, Eric Clapton and Bruce Springsteen, a t-shirt once worn by Sid Vicious of the Sex Pistols and a self-portrait drawn by David Bowie will also be up for sale.

Plus, it’s worth mentioning that on the global auction circuit, all sorts of unexpected luxury items end up selling for super-high prices—single malt whiskey, rare watches, you name it. Shelling out hundreds of thousands of dollars for a beverage, while par for the course, can come off as a deeply frivolous pursuit.  But when it comes to artifacts once worn by rock n’ roll gods, the indelible nostalgia and cultural capital woven into the music business makes high lot prices seem not just expected, but deeply justified. 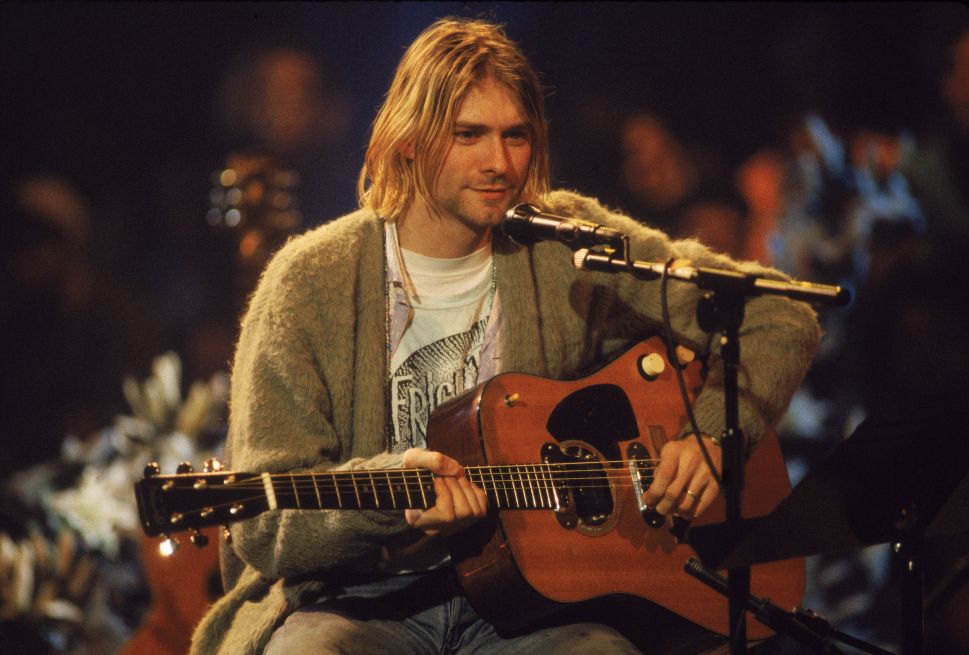