I have a question: Where are our jetpacks? Wasn’t that the future we were promised? Jetpacks. Shouldn’t we all be riding around on jetpacks by now?

Well, we aren’t. For now, we only have “backpacks,” but don’t feel cheated.

We are finally moving into the present day, sci-fi future we were promised by one George Jetson during every single episode of The Jetsons. That’s right: Flying cars are on their way to becoming a regular thing.

German startup, Lilium, is getting into the space race and ramping up its operations to be one of the first companies out of the gate to give us flying cars for consumer needs—you know, cars that fly.

Lilium is going all in, commencing talks with investors to raise a whopping round of funding somewhere in the $400 million to $500 million range. According to TechCrunch, in previous funding rounds, LIlium has already raised $100 million.

Because high-rollers want to see flying cars become a part of our daily lives.

“The founding mission of the company was to enable everyone to use this kind of transportation system in their everyday lives,” Lilium co-founder and CEO Daniel Wiegand told TechCrunch back in 2017. “We want to be the leading company enabling every person to take a jet instead of using the car and be five times faster to their destination… There’s going to be an app, and from day one, you’ll be able to book this airplane as a service.”

Already in the Lilium investment camp is WeChat owner and Chinese internet giant Tencent, along with Skype co-founder Niklas Zennström (who is now behind Atomico), as well as Obvious Ventures and Freigeist (formerly e42).

We’re talking some big spenders here with deep pockets. What sold them was Lilium’s demo video, which envisions a futuristic city filled with air taxis.

OK, that’s actually a clip from the 1927 Fritz Lang movie, Metropolis, but the silent film emphasizes the point regarding how long flying cars have been thought of as a means of daily transport in city life.

This is the demo clip I meant to show you.

Alright, that’s actually a Spinner from Ridley Scott’s 1982 sci-fi classic, Blade Runner—the air vehicle was envisioned to take off vertically, hover and cruise, using jet propulsion, much like the electric vertical takeoff and landing (eVTOL) aircrafts of our modern era being developed by Lilium.

Just look at Lilium’s actual demo video (no more joking around here), and you’ll see some uncanny similarities in their two-seater, all-electric, jet-powered vertical takeoff and landing air taxi, which was first revealed back in 2017.

I’d have to say, the Lilium Jet is way cooler than Blade Runner’s Spinner; yes, we have out-topped Blade Runner with cool technology… that exists in reality! The company’s snazzy electric flying car can reach top speeds around 300 kilometers per hour, with a 300 kilometer range, which allows it to cover more air distance than its airborne competitors.

And the electric flying car race is on… although it’s not like the 1960s space race with Russia, in which the first player on the market is really going to be the company that makes the most impact. Numerous startups have foreseen the future—and electric aerial transportation is becoming all the rage. Just this month, we saw the launch of Uber’s new helicopter service in Manhattan. (An eight-minute journey to the airport is just a mere $205). The ride-hailing app company is using helicopter service as a stepping stone for it’s bigger vision: a plan to launch a class of flying electric vehicles, that will serve as air taxis, with the ability to take off and land vertically by 2023.

“There’s an upper bound to what we can do on the ground,” Eric Allison, Uber’s head of aviation programs, explained at the 2019 Uber Elevate Summit earlier this summer. “We can move transportation off the grid and into the sky in a meaningful way.”

Aside from Lilium and Uber, other companies, such as Kitty Hawk, eHang and Joby, are also throwing their hat into the flying car arena with hopes of being the first to enter the space race with affordable alternatives to road-based transportation.

Still, there are numerous safety, technology and business model hurdles to cross before our beloved and long anticipated, flying air taxis take to the sky. But even so, it looks like in the near, not-so-distant future, the old-school, gas-guzzling car will become a dinosaur relic as we take to the skies and move away from congested, ground-based freeways.

Now, we just need someone to build us our jetpacks for daily-life usage. 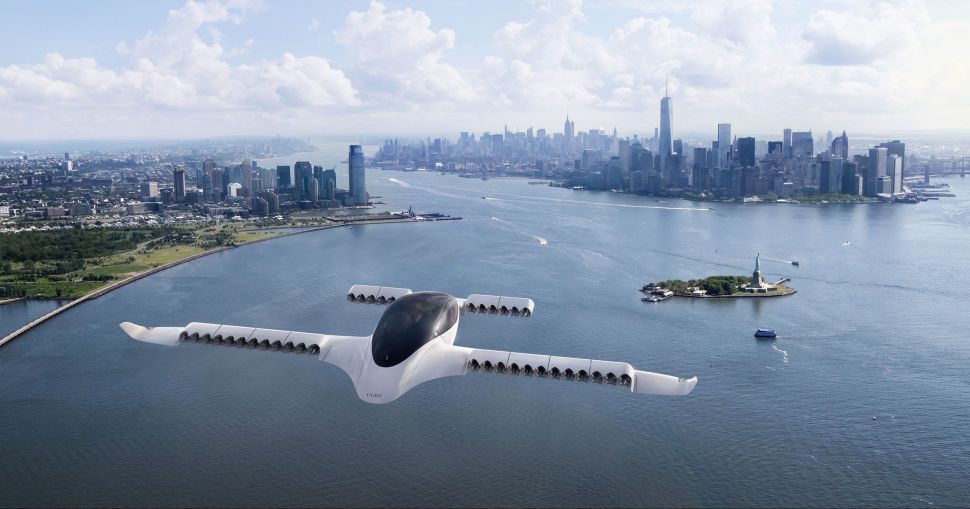