The biggest challenge facing Facebook Watch’s Limetown (the hit podcast-turned-television show), is in trying to tell the same mysterious story a second time without it seeming trite or repetitive. That makes it all the more surprising to learn that Limetown is, at least in the first four episodes, a pretty faithful recreation of the popular podcast. Yet somehow, despite knowing where it’s going, the series manages to be effectively creepy and thrilling, crafted in a way that leaves you wanting more.

The fictional podcast, which first debuted in 2015 and was created by Zack Akers and Skip Bronkie, was utterly engrossing in its narration of the eerie story. The series follows Lia Haddock (Jessica Biel), an investigative radio journalist for an NPR-like station, as she dives into an old, unsolved mystery that’s been haunting her most of her life. The titular town was established in 2003 as a research facility for neuroscientists (and their families) to work on secret projects; but its ultimate mission was never revealed to the public. Eight months after moving in, all 326 people in the town suddenly disappeared. Limetown was a huge news story for a few weeks but it soon was lost to the news cycle, only to be remembered by a handful of people—including Lia, who has a personal connection through her uncle, Emile (Stanley Tucci, appearing in flashbacks).

Emile was one of the people living at Limetown; Lia was five when he disappeared along with everyone else. As a child, Lia and Emile were close, and Tucci is great at effortlessly showing the love between uncle and niece, which helps to explain Lia’s obsession with finding out the truth. She never stopped wondering about the story behind his disappearance and likely won’t find any closure until she does. Grieving someone who disappeared is different than grieving someone who died; it’s the mystery that remains, gnawing at you, begging you to find the answer. As someone tells Lia early on, closure is hard to get with Limetown. “For those who lost someone here, it likely never began and it likely never will.” Whether or not Limetown will work by the end of the season will partly hinge on whether the series leans into exploring this need for closure and grieving the lost or if it will just portray a straightforward mystery.

The basic premise—over 300 people vanishing without a trace—is interesting enough, but Limetown heightens it more and more by frequently throwing in twists as Lia gets deeper into her investigation. There are never any straight answers, only people vaguely responding to questions with statements like, “What happened in Limetown is totally beyond the point,” or exhibiting memory loss that makes it impossible to get a story right.

Limetown takes place in 2003 and the present, blending them together as Lia’s uncoverings and interviews lead to flashbacks of town life. Unfortunately, it’s here that Limetown is a bit disappointing. Because the podcast was told through sound, much of the creepiness was in our own imagination as we filled in the blanks. The television series doesn’t do as much with the setting as it could—some dusty counters, scratched floors—which makes me wonder what Limetown could’ve been if helmed by someone more visually stylistic. As it is now, there are so many shots of Lia just walking around, holding up a microphone, furrowing her brow during interviews, and so on. Biel does a fine job, reminiscent of her work in The Sinner, and makes it easy to gravitate toward her, but I do wish she had a little more to work with.

There are a few more missteps in the early episodes, such as a vague sense of repetition with reveals, some of Lia’s more frustrating bedroom habits that don’t add much to her characteristics, and one-note side characters. Occasionally, it feels less like its own series and more like a stretched-out episode of The X-Files. Though the series opens with one of the podcast’s most terrifying moments—a guy banging his head on Lia’s door, yelling out a warning—it takes a while for things to really kick into gear. (The fourth episode is when I became fully on board, but with so much television out, it’s hard to blame anyone who doesn’t make it that far.)

Still, Limetown does work as a drama while the mystery heightens, and especially when it introduces us to some witnesses with insight into the town. By the time we get some idea of what the experiments actually were—and the lingering side effects—you’re already hooked in, eager to see where it goes next. To reveal any more would ruin the tension, but I was surprised at how adept Limetown is as a thriller.

Limetown isn’t going to be the series that puts Facebook Watch on the map—nor can I really say it’s a “must-watch”—but it is a nice addition to the streaming service and more confident than most of its other offerings. With a creepy story and a strong lead performance, Limetown is definitely worth checking out, whether you’re a fan of the podcast or not. 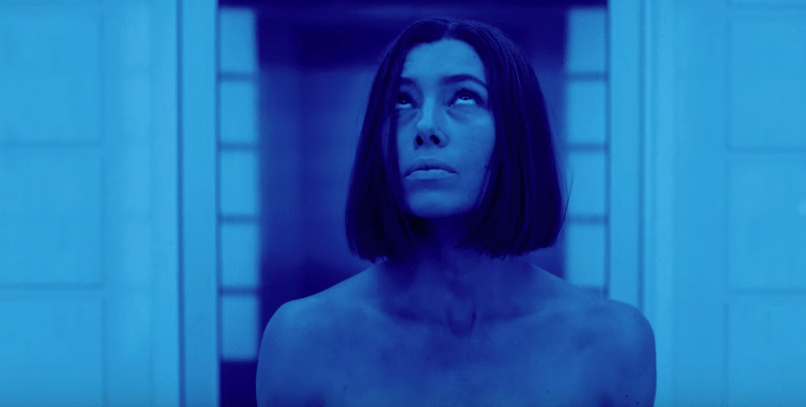