Police wear body cameras to record their interactions with the public because when they do, police tend to abuse their power less often (though not always). Five states require cops to wear body cameras, and since video evidence is valuable in a courtroom—and even more so in the court of public opinion—cameras are a common sight on police uniforms, even in jurisdictions where the equipment is not required.

Massachusetts is not one of those states where police must wear cameras, according to the National Conference of State Legislatures, which tracks state-by-state camera requirements. Marijuana delivery is not police work, cannabis delivery workers are not cops, and the act of buying weed delivered to your door is not the same thing as law enforcement.

Yet in Massachusetts, anyone wishing to buy cannabis via delivery will have the transaction recorded on a body camera that the delivery worker must wear under first-of-its kind regulation approved late last month. Meanwhile, Massachusetts cops will enforce the law without such oversight.

Massachusetts legalized recreational cannabis sales for adults 21 and over in 2016 but has since imposed some of the nation’s strictest regulations on where and how the drug can be sold.

As a result, there are only 26 dispensaries in the entire state, which are swamped with would-be customers who queue for hours and overwhelm parking lots—and often just turn to the underground market when buying legal cannabis is too onerous.

Most other states allow home deliveries of cannabis and have done so for years without significant issue, but in Massachusetts, law enforcement officials refused to sign off on legalized deliveries—unless delivery drivers made like cops and wore cameras—as Bloomberg Government recently reported.

Members of the Massachusetts Cannabis Control Commission, which approved the camera requirement in a unanimous vote on September 24, noted that the footage would have to be destroyed after 30 days and can only be seen or accessed via “a court order or a search warrant or a constitutionally valid search procedure,” as commissioner Shaleen Title told reporters.

Even these limits on how the footage of cannabis sales would be recorded—still a federal crime—wasn’t enough to please privacy advocates, who criticized the camera requirement as yet another example of a surveillance state extending beyond meaningful regulagtion.

Both the cannabis industry and the American Civil Liberties Union opposed the camera requirement as overzealous, unnecessary and expensive.

“Body cameras seem to really be going above and beyond and treating this in a more restrictive way that leads to more costs for people to run a business,” Shanel Lindsay, the founder and president of Ardent Cannabis, who is also an attorney, told MassLive.com over the summer.

Alcohol delivery drivers, she noted, are not required to wear cameras. Nor do postal workers or delivery drivers for Amazon or other services that bring goods to people’s doors, where they are often stolen. There’s also no credible evidence that cannabis delivery drivers simply abandon packages at front doors or surrender them to minors—two alleged outcomes that Massachusetts regulators believe the camera rule will help avoid.

In other states where cannabis sales are legal, what crimes do occur appear most often to be robberies at brick-and-mortar locations. According to LA Weekly, most of these crimes appear to be connected to unlicensed dispensaries.

Allowing for delivery will relieve some pressure on overburdened Massachusetts dispensaries, but not as much as allowing more locations would. In the meantime, marijuana delivery drivers and their customers can rest assured in the knowledge that their transactions will be subject to greater surveillance than police work. Then again, if you see a police encounter go awry and need the incident recorded, you know who to call. 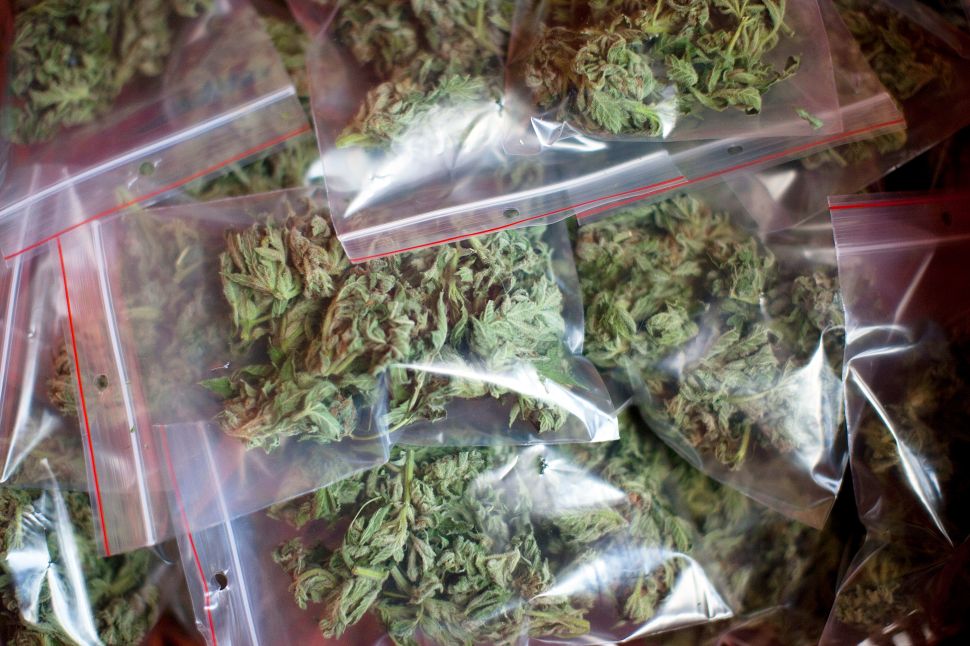