If Silicon Valley were to put a team of tech bros together on a project to merge computers and people, the lineup wouldn’t be complete without car and rocket man Elon Musk and the Valley’s most dubious robot, Mark Zuckerberg.

In all fairness, Musk has already proposed a plan to make an actual chip which is meant to be inserted into human brains. (It will be designed with taste and wireless cleanliness so you “have no wires poking out of your head,” as Musk assured.) Zuckerberg has said he’s interested in the idea of computer-human integration, too, but will approach it differently than Musk.

At a recent internal employee Q&A session, the Facebook CEO hinted that such technology could see promising use cases in Facebook’s future augmented reality and virtual reality products.

“Non-invasive is like, you wear a band or glasses, you shine an optical light and get a sense of blood flow in certain areas of the brain,” he explained.

Such a device would transfer less data between a computer and a brain, according to Zuckerberg, but that would be enough to allow a person to perform many sci-fi-sounding tasks, such as clicking a button, scrolling through a menu and even typing a text message—all without using your hands or any other muscle movements.

“I think as part of AR and VR, we’ll end up having hand interfaces. We’ll end up having voice [interface and] a little bit of direct brain [integration]… But we’re going for the non-invasive approach,” Zuckerberg reiterated.

“‘Facebook wants to perform brain surgery,'” Zuckerberg joked. “I don’t want to see the congressional hearings on that one.” 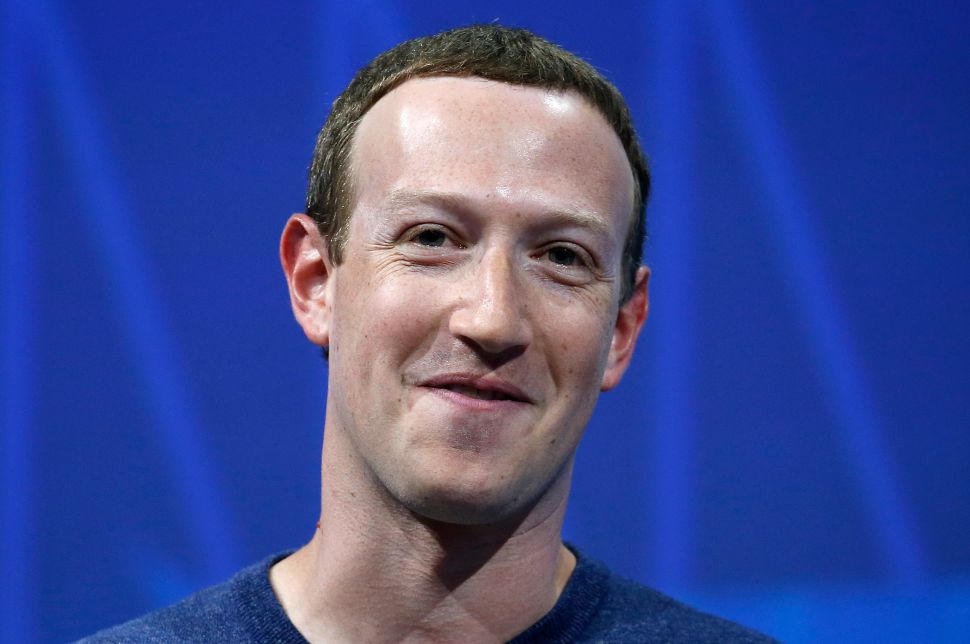