Facebook CEO Mark Zuckerberg was back on Capitol Hill on Wednesday, after nearly 18 months, to testify before the House Financial Services Committee about Facebook’s controversial cryptocurrency project Libra, its supporting payment system Calibra and other topics.

Like in his last appearance before Congress about Facebook’s role in election-meddling and spreading misinformation, Zuckerberg seemed ready for the marathon grill and stuck firmly to his prepared talking points, the gist of which being that Libra was created with the intention of benefitting the world’s economically underprivileged population by providing them with a system to store and transfer money at low costs—and, in case things go wrong, the “independent Libra Association,” not Facebook, will hopefully be held accountable.

Throughout the four-hour hearing, Zuckerberg reiterated these points a number of times in answers to the banking committee’s wide range of questions on Libra. But one congressman, Rep. Brad Sherman from California, took a swipe at the cryptocurrency project so hard that the Facebook CEO was stunned speechless for a moment.

“Let’s be clear. You are going to make powerful burglary tools and let your business partners commit the burglary. You are going to, with all the power of Facebook, try to create a new currency. You call it Libra, but you are the person behind it, and that’s why I call it ‘Zuck Buck,'” Sherman deadpanned.

Sherman, a Democrat, clarified that he’s “not here to be anti-Facebook.” “I was anti-cryptocurrency back when you were anti-currency,” he said, alluding to Facebook’s back-and-forth rule changes about whether or not to allow cryptocurrency ads on the platform. (Facebook banned cryptocurrency ads in January 2018 but loosened up the rule in May this year, shortly before the company unveiled its own cryptocurrency.)

“Cryptocurrency either doesn’t work, in which case investors lose a lot of money, or it does achieve its objectives in displacing or interfering with U.S. dollar as the sole reserve currency in the world,” Sherman continued, explaining his position. “The U.S. dollar is an excellent currency as a means of account. It serves all the needs except that it’s really bad for tax evaders, drug dealers and terrorists. That unmet need can be met by cryptocurrency.”

Sherman questioned Zuckerberg’s claim that Libra would provide a solution for those excluded from the current international financial systems.

“The poor and unbanked need pesos and dollars that they can buy something with at a local store,” he said. “You should create a payment system with a close-to-zero fee. But real money will be in [the hands of] tax evaders and, to some extent, drug dealers… I know you’ve got at least 100 lawyers who will tell you what you’re doing is legal and that you’ll be safe. But given the harm that this can do, they could be very wrong. And if this explodes the way it might, you’ll not be able to hide behind the idea that you didn’t create the Libra organization.”

During the nearly four-hour-long hearing, each committee member was given five minutes to state their concerns on Facebook-related matters and let Zuckerberg answer questions. Sherman was the only person who used up his time without throwing a direct question at the Facebook CEO. 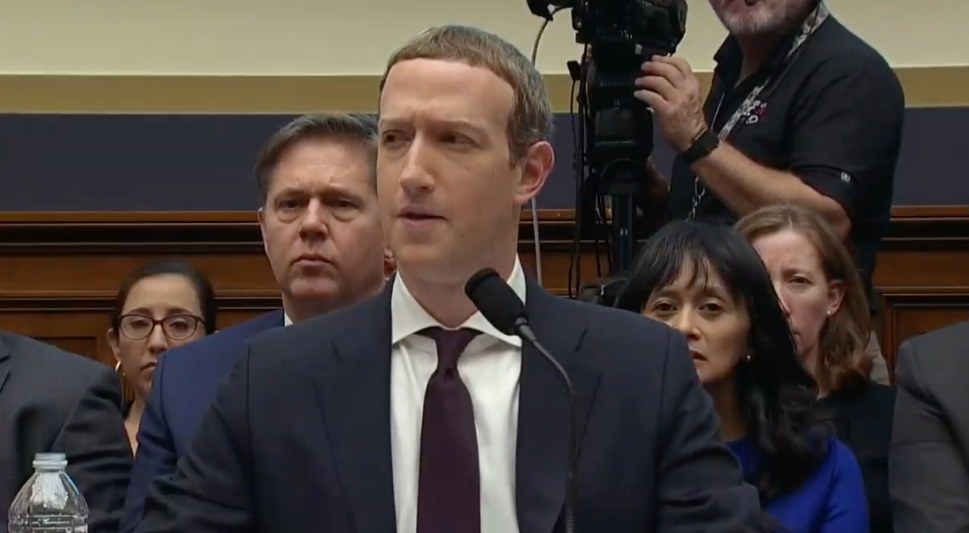