“I’ve never been more afraid of writing a book,” essayist Meghan Daum says in the self-aggrandizing introduction to The Problem With Everything. “I’ve never been more certain I had to.” Subtitled My Journey Through the New Culture Wars, the best that can be said about Daum’s meandering tract is that its breezy, conversational tone goes down quick and easy. The worst that can be said is that it reads like a late-in-life coming-of-age story in which this “straight, cis-gendered, able-bodied, (mostly) heterenormative white chick” giggles whilst unloading politically incorrect knowledge-bombs on her New York peers.

It’s not as if I didn’t find myself nodding in agreement here or there; Daum’s book of essays isn’t as willfully stupid as Bret Easton Ellis’ latest, even if their fed-up, cranky politics do dovetail at points. There should be room for uncomfortable conversations about whether the #MeToo movement has overstepped itself, or whether we need to tap the brakes on certain aspects of woke culture. But Daum, despite her own confidence, never steps up and proves why the world so needed this book—rather than a simple list of hyperlinks to the more robust Salon and New Yorker articles that informed it.

The Problem With Everything is at its weakest when it gets personal, when Daum weaves memoir into her retread of the recent sagas of Brett Kavanaugh, Aziz Ansari, Title IX debates, the outrage over whether women boarding a United Airlines flight were allowed to wear leggings, the overuse of the word “badass” in empowerment literature, etc. She positions herself as a proud representative of Gen X who has little or no patience for a younger cohort of feminists, especially the sort who are very online.

Conveniently, her targets are all straw(wo)men and caricatures—loony Social Justice Warriors who wear I DRINK MALE TEARS t-shirts while slaying on Twitter. Daum is the Amy Klobuchar of cultural critics: sane defender of the proud center. And certainly she is entitled to her opinions on sexism, racism and whatever else, it would just be nice if they were more enlightening; I swear I’ve heard more eye-opening takes on some of these issues on an episode of Law & Order: SVU, or over the course of any five minutes of Dear White People.

Often, the anecdotes sprinkled throughout the book are intended to convey a specific message: Men have always been pigs, but women haven’t always been so wilted and wounded over it. “In 1995, our mandate was to laugh it out of the room,” she says, of chauvinism. Today’s young feminists, Daum wants us to believe, are all snowflakes masquerading as badasses. (Speaking of Ellis, it’s surprising that Daum doesn’t borrow his lame coinage—“Generation Wuss”—to describe the fragile millennials she’s so bored of.) By Daum’s account, previous decades knew how to handle it if some middle-aged clown decided to whip his cock out by the Xerox machine—a scenario she borrows from the political novel Primary Colors. Daum measures the youngs and finds them lacking, “insufficiently awed by toughness,” a generation of oversized kids who “refuse to be shamed by vulnerability.”

“Maybe it’s my natural temperament (and maybe this is proof that my temperament is fundamentally narcissistic) but there’s no one I’d rather blame for my misfortunes than myself,” she writes, as if stumping for a keynote gig with Turning Point USA. Personal responsibility trumps victim culture, because it makes you strong: “It’s almost as if blaming myself strips the men of their power by rendering them too insignificant to even gripe about.” This is how Daum’s friend reacted, circa the mid-’90s, when she was working on Wall Street and a male colleague masturbated on her desk in the middle of the night (or, in the author’s oddly delighted rendering, “liquidated his holdings all over it.”) This friend didn’t call the police, or HR; she felt bad for the creep, “spoke of him almost with an air of pity.”

So to recap: Millennials are doomed in their brittleness; identity politics will destroy the left; Pussy Hats were lame; feminists say “fuck” too much; and Meghan Daum—I’m just guessing here—is the type of liberal who would have voted for Obama a third time but maybe wants to hear what the Charles Murray crowd has to say about evolutionary psychology on some edgy podcast. The breakdown of Daum’s marriage, and her relocation to New York, forms the background to a now-familiar narrative arc: Self-proclaimed NPR liberal has her eyes opened by the “intellectual dark web”; spends a lot of time online, alone, streaming YouTube videos. There’s something low-level sad about the Come to Jesus moment she has when these new “friends” enter her life, ready to battle against what Daum smugly dubs the “wokescenti”: John McWhorter, Jordan Peterson, Sam Harris, the shining stars of her beloved “Free Speech YouTube.”

Is Daum correct in asserting that liberals and leftists can be mired in a sticky groupthink in the age of Trump? Sure. But even when Daum makes a sensible point, she never justifies the apparent necessity of The Problem With Everything, which merely collects and annotates conversations that are still ongoing. She wants to cast herself as a minor martyr, daring to speak truth to power—truths like the fact that well-meaning white people, behind closed doors, don’t always love Ta-Nehisi Coates as much as they claim to. Stop the presses! Her emphasis on the personal “journey” here is the real problem. Daum’s not an insightful guide, and her conversion story is a cliché that she’s mistaken for something singular. She calls this book an “extended rumination,” which is perhaps a fancy word for a self-righteous, 221-page Twitter thread. In which case: Unfollow. 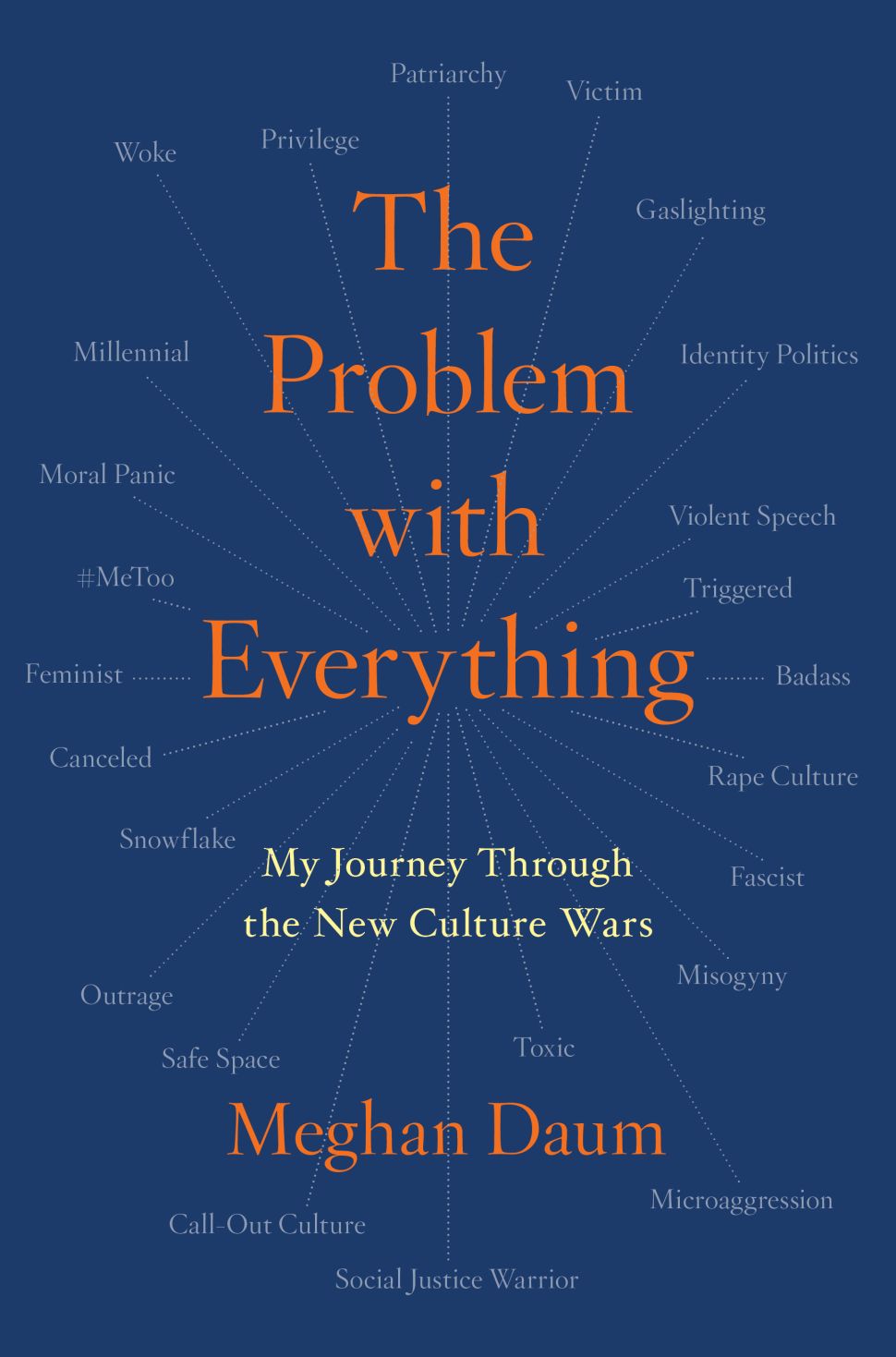