In February of this year, Manhattan’s Morgan Library and Museum, which is best known for its considerable collection of rare manuscripts and prints, announced that it would be undergoing a four-year, $12.5 million renovation coordinated by the architecture firm Beyer Blinder Belle. On Wednesday, the institution revealed that planned improvements to the site will include a new garden designed by Todd Longstaffe-Gowan, an award-winning landscape designer who’s contributed to the conservation of the Kensington Palace Gardens in London. The refurbished grounds, which will be accessible to visitors for the first time in the Morgan Museum’s 113-year history, will also feature a new lighting scheme from Linnaea Tillett Designs.

“The newly designed garden is a significant part of the Morgan’s commitment to increasing public engagement with our historic original building and surrounding site,” director Colin B. Bailey said in a statement. “The enhanced grounds will allow visitors and school groups to look closely at the fascinating exterior architectural and sculptural details of the Library and provide a generous and beautiful new space for programs. It is a privilege for us to be able to share such a significant architectural marvel with our community.”

In 2006, a Renzo Piano-designed expansion of the premises shifted the entrance to the Morgan from 36th Street to Madison Avenue. During this current, four-year effort to revitalize the museum’s facade, the Morgan collectively hopes to make the 36th street-facing portion of the space more attractive to visitors with additions like accessible paths, periwinkle flowerbeds and antiquities which haven’t previously been seen by the public—the items that are planned to soon be on display include a a pair of Renaissance corbels and a Roman sarcophagus.

Renovations of Gilded Age mansions and their grounds tend to be a touchy subject for New Yorkers. In 2015, the Frick Collection scrapped a planned overhaul that would have included eliminating a gated garden designed by famed British landscape designer Russell Page after intense pushback from an organization called Unite to Save the Frick. Hopefully, local residents warm to the Morgan’s construction plans, which involve adding a publicly-accessible garden to their property rather than taking one away. 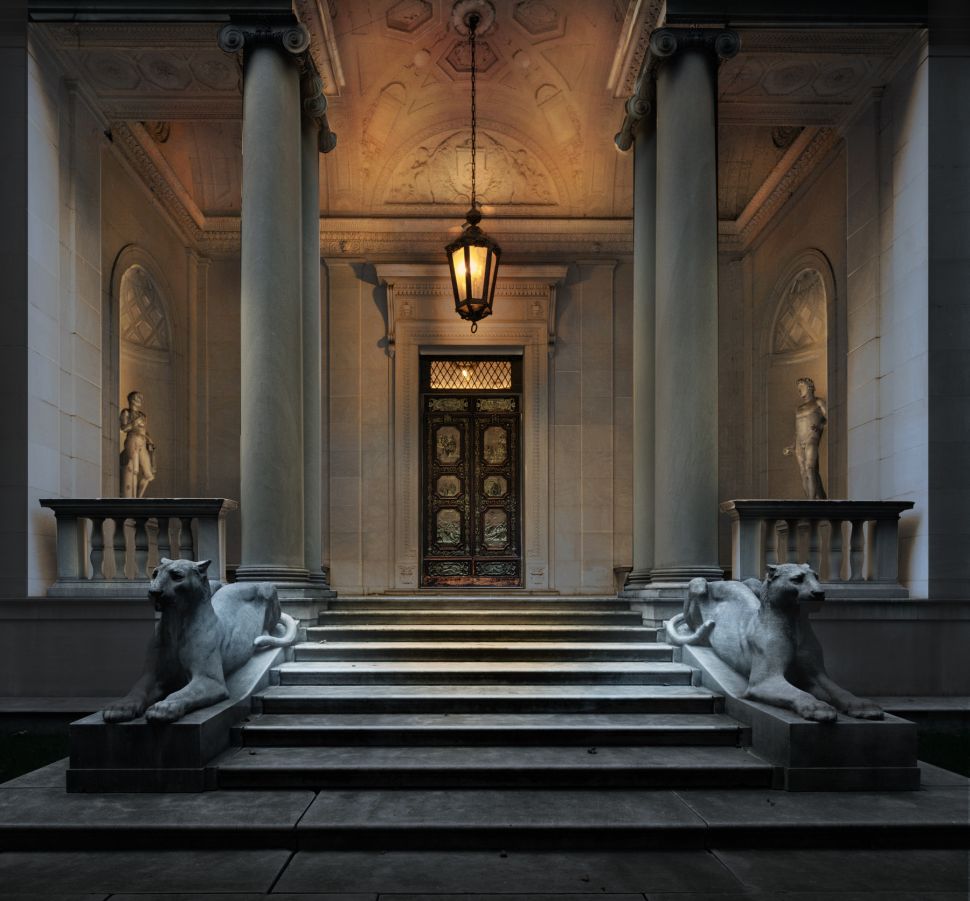