When Maryellis Bunn opened up the first Museum of Ice Cream (MOIC) in New York City in 2016, she had a difficult time explaining what it was to curious passersby. It soon became clear that the so-called “museum,” an all-around bubblegum pink painted room filled with ice cream-themed objects, was a great space to take eye-popping photos for Instagram, Snapchat, TikTok or whatever social media app your friends all scroll on.

By social media standards, MOIC is a miraculously successful brand. In the past three years, its pop-up exhibits have attracted over 1.6 million visitors (per the company’s own count)—including such celebrities as Katy Perry and Kim Kardashian—in New York, San Francisco, Los Angeles and Miami. And, though you may find it hard to believe, the company is now valued at $200 million by venture capitalists.

However, being seen as a photo studio feeding off the downstream in the Instagram ecosystem is the last thing the MOIC’s young creator wants for her startup.

“If I were to build this 50 years ago, it would still be exactly same, you know. But we happen to be in this era in which people are constantly sharing things on social media,” Bunn told Observer during a recent interview in her dazzlingly pink Manhattan office. “When I think about designing our spaces, I’m always thinking: How will this hold up when Instagram is gone, when Twitter is gone, and when TikTok is gone?”

“Thinking about those things is a good way to measure the success of our business, and we do this day in and day out,” the 27-year-old entrepreneur went on to explain.

“And I feel responsible when people see our product and they’re like, ‘Oh, I can build something for Instagram and that’s going to be successful.’ It’s not like that,” Bunn said of the slew of photogenic pop-up exhibits that have cropped up in the footsteps of MOIC, such as the Color Factory, the Museum of Pizza and—just about as straightforward as it can get—the Selfie Factory.

Bunn wants people to put down their phones so badly that last year she experimented with a bold promotion at MOIC’s San Francisco exhibit, offering visitors free admission (otherwise it cost $38) if they agreed to leave their phones at the entrance. The reaction was overwhelming. (Tips for those who have only seen the exhibit through Instagram: there are actually things you can do at MOIC besides snapping photos, such as a making a DIY sundae and playing ring toss games.)

Asked what her ultimate vision for MOIC is, Bunn suggested that she wants to be the Walt Disney of her generation.

“You know, Disneyland was built way before Instagram had ever existed. Think about a lot of their rides that are almost in the dark. They don’t photograph well,” she said. “At the end of the day, we have to deliver experiences that people so greatly desire. That’s something we need to move back to.”

“There are two fragmented worlds right now,” she added. “There’s an online world in which we somewhat thrive in (or not), and there’s the real world. One of our biggest opportunities as a brand is to allow people to fluidly live in both worlds. We love it when people interact with us on social media, but we also want them to interact with us and each other in the real world.”

But the real world has had its own issues with unreal fantasyland MOIC strives to create.

Wind back to 2016, the whole pop-up exhibit idea was based on a simple belief of Bunn’s that anyone will have a good time walking into an ice cream-themed environment. “Ice cream is [a] universal blessing. It’s across genders, ages and religions. [When I started out], there was zero market research, zero investors,” Bunn said.

Choice of trademark was hardly a more deliberate process; because there was nothing like it on the market at the time, Bunn and her business partner, former investment banker Manish Vora, branded it “a museum” so people would have a rough idea of what to expect when purchasing tickets.

But as the business gained traction and earned the reputation as a must-see attraction in major cities, MOIC started drawing scoffs from real museum folks, being called everything from “unadulterated Instagram fluff” to a betrayal of its name with “attractions” lacking “history or aesthetic depth.”

“Looking back, I would never have named it Museum of Ice Cream, because it’s not a museum,” Bunn reflected. “We have visitors come to us all the time like they’re expecting a history lesson. But that’s not what we are about.”

Neither does she see real museums as competitors. “In terms of our competitive landscape, it’s more about, how do we compete with Netflix, for example,” she said. “Because, at the end of the day, people have to decide whether they want to sit on the couch scrolling on their phones and watching TV or getting out and actually experiencing something.”

Today, Bunn prefers using the term “experium,” a combination of “experience” and “museum,” to describe her core product. And it has worked wonders to finally catch the eye of Silicon Valley.

In August, after three years of self-funding, MOIC raised its first outside investment, a $40 million round led by consumer-focused venture capital firms Elizabeth Street Ventures and Maywic Select Investments. Near-term plans include opening permanent locations—with new exhibits every once in a while—in the U.S. and perhaps Asia (the first location is opening in New York on Wednesday), making more ice cream, and expanding into brand partnerships such as a clothing line for Target and makeup for Sephora. 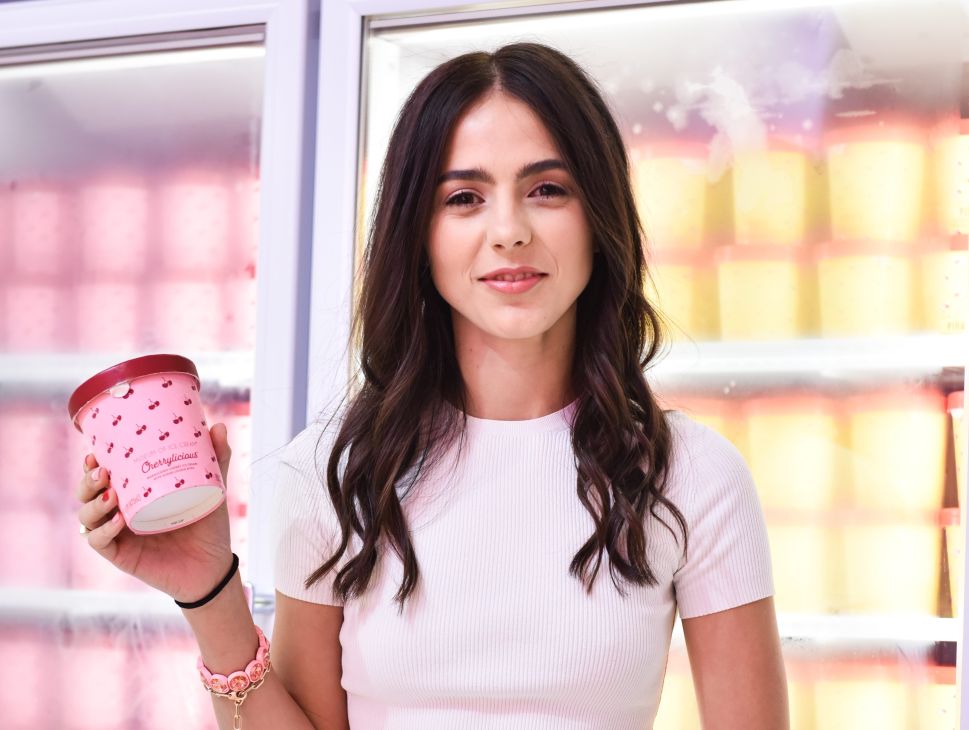