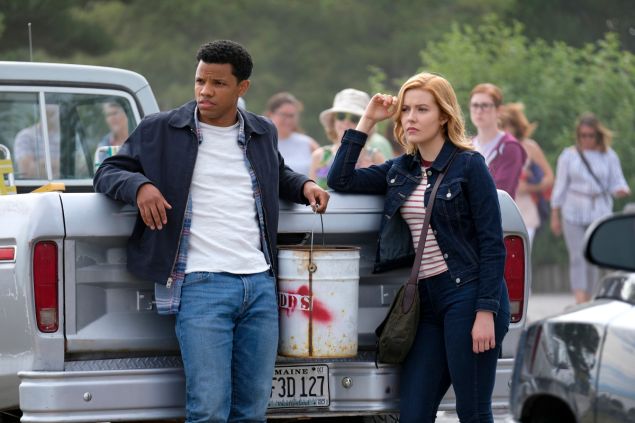 In 2017, The CW found a surprise hit in Riverdale—a laughable-on-paper adaptation of Archie comics—by turning the well-known and generally squeaky-clean franchise into a dark, gritty and absolutely absurd drama. Riverdale worked (at least in its first season) because it was both nostalgic and new, updating characters to a world that was reminiscent of Twin Peaks. This time, the network is trying to do the same with its upcoming adaptation of Nancy Drew and honestly…it’s pretty good!

With a vibe that feels as if you dropped Veronica Mars into Riverdale, Nancy Drew is both a supernatural ghost story and a teen drama about a budding private investigator. The series will certainly be reminiscent of Veronica Mars as a whole—which makes sense because Veronica Mars clearly borrowed from the Nancy Drew books—right down to the dry, sarcastic narration. The backstory is this: After helping find a missing kid when she was a kid, Nancy became obsessed with mysteries and “loved solving them,” even helping the town’s police force get to the bottom of local crimes. But then her mother became sick with cancer and the spark died; Nancy stopped looking for darkness because, as she says, “the darkness found me.”

SEE ALSO: The Result of Netflix’s ‘The Politician’ Trying to Avoid Politics…

But of course, for the show to work, that can’t last. The pilot begins as Nancy (Kennedy McMann), who put her college plans on hold, is grieving her mother’s death while working in a diner. She stuck around the eerie, seaside town of Horseshoe Bay, a place that seems to be all windy streets and empty roads, and where townspeople participate in a superstitious ritual involving buckets to guess whether or not they’ll die in the coming year (sure!). Oh, also, the town is haunted by the ghost of Lucy Sable, a young woman who died in a still-unsolved murder.

This version of Nancy Drew, developed by Gossip Girl’s Josh Schwartz and Stephanie Savage as well as Noga Landau from The Magicians, is set in the supernatural world, which I originally balked at but must admit that it somehow works here (especially because it’s fairly subtle, as opposed to having ghosts running all around town). The main mystery that draws Nancy back revolves around the death of a wealthy socialite, occurring in the parking lot of the diner, while Nancy was serving her. A ragtag group who were at the scene become the immediate suspects: Nancy, Nick (Tunji Kasim), Nancy’s sort-of boyfriend whom she keeps at arm’s length; George (Leah Lewis) who holds a grudge against Nancy leftover from high school; Bess (Maddison Jaizani), a rich girl from the city and Nancy’s coworker; and Ace (Alex Saxon), a likable stoner nursing a huge crush on Bess. As required by the genre, every character has a mysterious secret that’s teased out throughout the first season. Nancy tasks herself with clearing all of their names but, of course, it proves to be harder than it looks.

While the central murder-mystery isn’t immediately compelling (at least not in the first two episodes sent to critics), Nancy Drew does become more interesting the deeper we get into the personal mysteries that surround Nancy and her family. There’s the conflict between Nancy and her father Carson (Scott Wolf), a lawyer who begins a relationship that Nancy disapproves of, and who also has a secret tie to Nancy’s boyfriend. There’s also the curious connection between her parents and Lucy Sable, which becomes more peculiar when “Dead Lucy” seemingly begins haunting Nancy, almost guiding her to more and more clues surrounding the dead socialite.

So sure, a lot of Nancy Drew is silly and contrived (the lights go out, an attic door creaks open on its own) and much too easy (the small crimes Nancy has a habit of committing are annoyingly thrown under the rug because of her father). Some of the teased-out plot developments are disappointing; a reveal involving George’s secret actually made me sigh and roll my eyes.) Yet, it’s a nice complement to Riverdale (both air on Wednesdays) and, even with the ghosts, is still more low-key and less ridiculous. It’s very easy to get sucked into the town—I surprised myself by yearning for more episodes once I finished the first two—and to enjoy it for what it is. 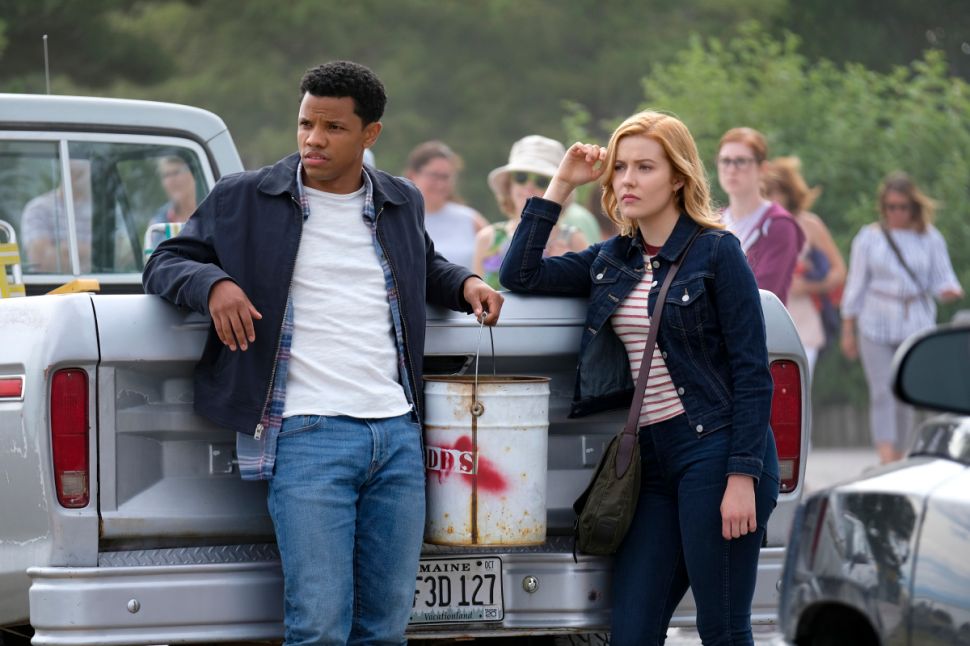