Both SpaceX and Boeing (through its partnership with Richard Branson’s Virgin Galactic) have bold plans to develop the first ever commercial space travel program targeting non-professional astronauts. But before either company sends tourists into space, their first actual manned flight will likely take place with NASA, as the two companies’ contract work with the federal agency approaches its final stages.

If everything goes according to the plan, SpaceX and Boeing could see astronauts shooting for the International Space Station (ISS) aboard their spacecraft as soon as early 2020, per NASA chief Jim Bridenstine’s latest estimate.

“I think both systems could be ready in the first quarter of next year,” NASA administrator Bridenstine told CNBC in an interview last week, following a tour with SpaceX CEO Elon Musk at his company’s headquarters in Hawthorne, Calif.

In 2014, NASA awarded two multibillion-dollar contracts each to SpaceX and Boeing to develop a commercial spacecraft under the agency’s Commercial Crew program, an initiative created in 2010 to find alternatives to the Russian Soyuz spacecraft, currently the only supply of space capsules used on ISS-related missions.

The spacecraft developed by SpaceX and Boeing, Crew Dragon and Starliner, respectively, are required to be able to transport at least four astronauts to the ISS, stay docked for six months and bring the astronauts back to Earth after.

NASA initially expected the first manned flight to happen as soon as 2017. But the timeline was pushed back several times due to engineering hiccups and test failures. Now, both systems have only a few final tests to pass before astronauts can board the ship: Boeing’s Starliner has to complete a launchpad emergency test and an unmanned flight test scheduled for December, and SpaceX needs to re-certify Crew Dragon’s emergency rocket engines and complete a high-altitude emergency flight test.

“Whether it’s Starliner or Crew Dragon, both these programs are still under development,” Bridenstine cautioned. “While we go through these test processes, we are going to learn things that need to be reviewed, where we need to take deeper dives, maybe make some modifications.”

“So when I say the first quarter of next year for human spaceflight, what I mean is if things all go right. Things all going right is not the history when you talk about development programs,” he added.

In addition to flight tests, NASA is also in the process of conducting a safety and cultural assessment for both companies— particularly SpaceX, after Musk was caught smoking marijuana on camera during an interview last September. The assessment involves interviewing hundreds of employees at both companies.

Bridenstine said he’d be happy to make the final results of these reviews public if both SpaceX and Boeing agree to do so, noting that he doesn’t think “there’s much [of] a story there. Quite frankly, I think both companies are operating really responsibly and making sure that their cultures are safe.” 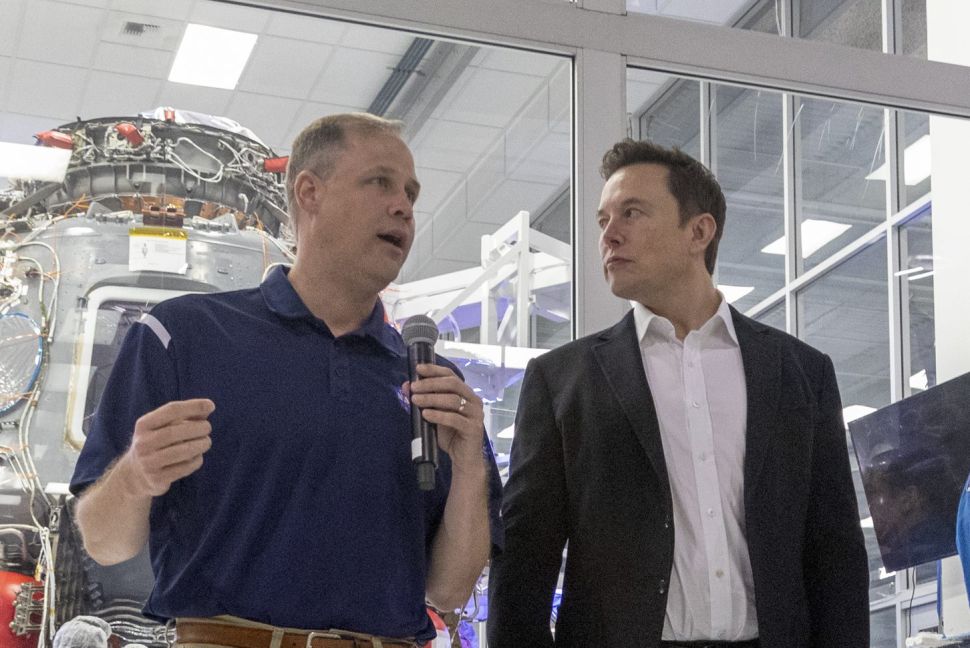