It’s been an eventful week in space. At the moment, two NASA astronauts are making history up there conducting the first-ever all-female spacewalk outside the International Space Station (ISS). And, on the ground, aerospace engineers and fashion designers are busy preparing a fresh look for future space travelers to walk the moon or take a private vacation in the sky.

On Tuesday, NASA unveiled two new spacesuits designed for astronauts on the upcoming Artemis Moon-landing mission. Shortly after, Richard Branson’s space travel company Virgin Galactic debuted a somewhat parallel but notably different offering: a spacesuit made by sportswear manufacturer Under Armour for regular people who are expected to travel to the edge of Earth’s atmosphere on one of Virgin’s spaceships as soon as next year.

SEE ALSO: A Look at Rocket Insurance, a Peculiar Branch of the Space Industry

In comparison to NASA’s clunky space gear, which is designed for heavy-duty assignments in outer space and on the surface of foreign planets, Virgin Galactic’s Under Armour suits are more focused on comfort, utility and—as would only be fitting for a private astronaut—style.

Sporting head-to-toe cobalt blue, the Under Armour spacesuits are made from lightweight flight-grade fabrics with cushioning in the elbows, knees and footwear to ensure safety in zero-gravity environments. Each spacesuit will be custom tailored to fit the customer and embellished with personal features, such as country flags, name badges and “an inside transparent pocket for photographs of loved ones, who will literally be close to the heart.”

Virgin Galactic and Under Armour say the spacesuit is a product of input from a wide variety of experts, including astronaut trainers, doctors, apparel designers, engineers and future passengers.

“Virgin Galactic gave us an exciting challenge to build the world’s first commercial spacesuit,” Under Armour founder and CEO Kevin Plank said in an announcement on Wednesday. “Innovation is at the core of everything we do, and our team delivered a unique twist on the classic spacesuit utilizing both existing and new UA technologies to define space gear for the future.”

“Spacesuits are a part of the iconography of the first space age; our visual impressions of human spaceflight and what astronauts wear are inextricably linked,” said Branson in a statement. “I love the way the spacewear looks and I love the way it feels. I also love the fact that the next time I put it on, I will be on my way to space.”

Having worked on suborbital commercial spaceplanes for years, Virgin Galactic plans to launch its first paying customer into space in 2020. The trip, sold at $250,000 per seat, will take passengers on a 90-minute joyride, first all the way up to 100 kilometers (62 miles) above the ground, where they can get a view of the curvature of Earth and then enjoy a few minutes of weightlessness like a real NASA astronaut on the spaceship’s descent. 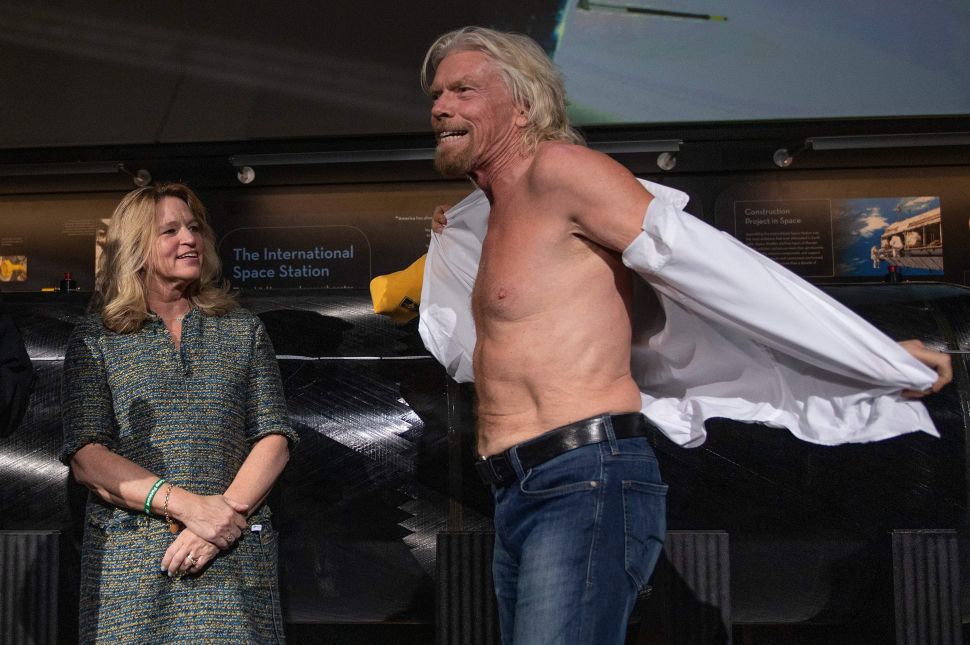