The National Basketball Association (NBA), which has a particularly large audience in China compared to other major American sports leagues, slipped into some very hot last weekend when the general manager of the Houston Rockets, Daryl Morey, posted a now-deleted tweet expressing support for Hong Kong protestors, which quickly led to a full-blown boycott against the NBA by media and business communities in mainland China.

Over the past three days, broadcasting of two NBA pre-season games have been canceled in China; nearly all sponsors and business partners in the country have publicly severed ties with the basketball league; not to mention, the political pressure at home after Congress urged the organization to suspend operations in China altogether.

Stunned by the speed and degree at which the disaster is unfolding, many of Morey’s peers in the major league sports industry have swiftly learned to keep their mouths shut when it comes to sensitive geopolitical matters, even though they’ve been asked more than ever this past week to speak on the issue.

“As an American investor, I don’t feel I should have an opinion on sovereign matters in other countries,” Shad Khan, the billionaire investor who owns the Jacksonville Jaguars of the National Football League (which does not have a strong presence in China), said at the Yahoo Finance All Markets Summit on Thursday in New York when asked about his thoughts on the NBA China fallout.

“We are American citizens. We have a social civic responsibility to be active in causes we believe in. But do we have that same responsibility to opine on sovereign matters in other countries? That’s the critical issue,” Khan added.

While every football or basketball fan would agree that sports and politics should not mix, Khan emphasized the importance of remaining “non-controversial” when team owners and managers do things outside their expertise.

“The key tenet in any sports business is doing good,” he said, “in non-controversial areas. What does that mean? In our markets, we focus on youth education, [helping] the less fortunate, investing in under-privileged areas, for examples.”

Aside from the Jacksonville Jaguars, Khan also owns a soccer team in the UK, the Fulham Football Club of the English Football League (EFL) Championship (the highest division of the EFL and the second-highest overall in England’s football league system, after the Premier League).

Specifically on doing business in China, “you should respect the norms,” Khan reminded. 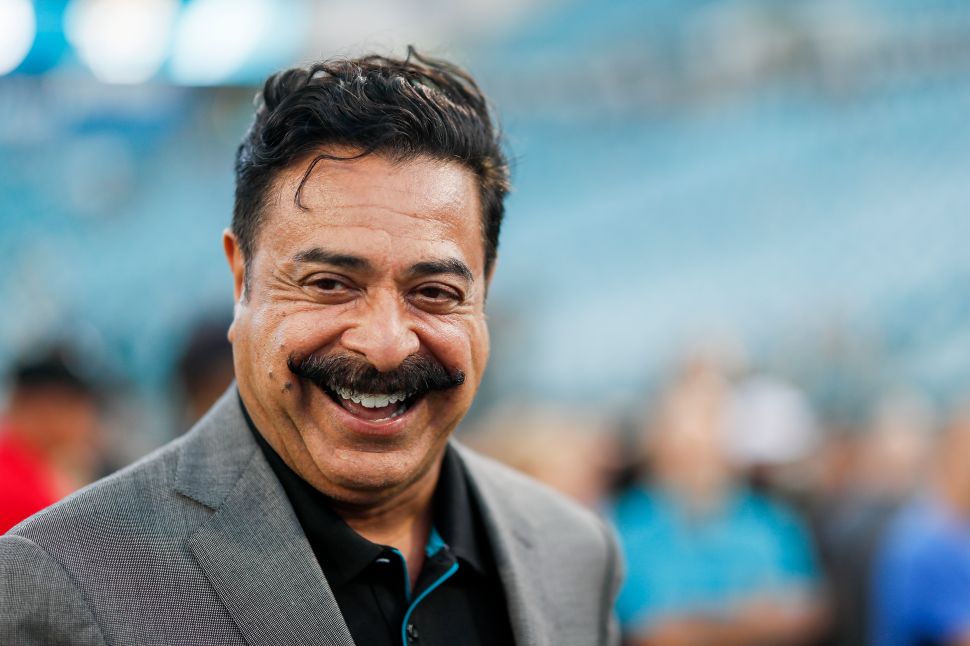