To date, the 2019 box office has earned just north of $9 billion domestically. For comparison, Netflix will spend 66% more than that on content this year alone. Whether it’s the bare minimum table stakes or the gaudy expenditures of the market leader, the streaming industry requires unfathomable investments from deep-pocketed backers. While aggressive spending doesn’t guarantee success (see: New York Jets), it does provide insight into a streamer’s strategic approach.

By 2020, there will be an abundance of major over-the-top platforms vying for the same attention spans. The result will be upwards of $35 billion spent on content across the board, found money that didn’t exist just a few short years ago. Let’s break it all down to estimate what the main competitors might be paying in annual content.

No guesswork needed here. Netflix revealed in its Q3 earnings report last week that its 2019 content expenditure is a whopping $15 billion, by far the most in the industry. Though a July report from The Information suggested that content chief Ted Sarandos was reigning in the company’s aggressive spending, all evidence points to the contrary. A few short weeks after the report, Netflix assumed control of Dwayne Johnson’s $160 million action blockbuster Red Notice, which Universal relinquished due to budget concerns. Last month, it acquired the worldwide streaming rights to Seinfeld for an estimated $600 million. On Monday, the company offered $2 billion in debt to fund more original content despite its existing $13 billion hole.

Since 2015, Netflix has increased its annual content budget by an average of 34% per year. If that trend were to hold, Netflix would shell out around $20 billion next year. More realistically, the company’s content budget will increase by a smaller percentage with that money being funneled into international markets as domestic growth continues to plateau.

As of this writing, Netflix holds a market cap of $118.5 billion.

In 2017, Amazon shelled out around $5 billion for content, according to Reuters. Costs have only risen since then. Under studio head Jennifer Salke, Amazon Prime Video is pivoting away from critically acclaimed niche successes such as Transparent and Mozart in the Jungle and toward big-budget home run swings such as Lord of the Rings and The Wheel of Time.

The tech giant paid $250 million just for the rights to J.R.R. Tolkien’s beloved series and plans to invest around $1 billion over five seasons, making it the most expensive television series in history. However, it is not expected to air until 2021. Elsewhere, the studio spent more than $40 million at this year’s Sundance Film Festival acquiring Late Night, Brittany Runs a Marathon and The Report but the box office returns haven’t justified the investment (that’s a polite way of saying they bombed). It’s estimated that roughly 30 million Amazon Prime subscribers take advantage of the platform’s video services.

As of this writing, Amazon holds a market cap of $878.6 billion.

After initially setting aside $1 billion for its content lineup, Apple has reportedly upped that number to $6 billion, according to the Financial Times. Overall, the streaming service has more than 30 projects in varying forms of development, though just nine will be available when Apple TV+ launches next month.

Despite the disparity in library size between Apple TV+ and its competitors, its costs remain high because it is relying entirely on original content rather than a homegrown library of pre-existing material. That’s why the tech-giant won an aggressive bidding war for Jennifer Aniston and Reese Witherspoon’s The Morning Show, an exclusive drama that reportedly cost $300 million for 20 episodes. It pays to be the most valuable company in history.

Over the summer, Apple’s senior vice president of Internet Software and Services Eddy Cue stressed that Apple TV+ is focused on quality over quantity. There’s “nothing wrong with that model,” Cue told The Sunday Times when discussing the volume of streaming options, “but it’s not our model.” Apple TV+ will launch globally on more than 1 billion active worldwide devices, providing the service with the greatest potential market penetration and distribution in the streaming industry.

As of this writing, Apple holds a market cap of $1.09 trillion.

There are no public figures regarding HBO Max’s content budget, but we do know that the newly formed WarnerMedia added $500 million to HBO’s existing $2 billion to $2.5 billion annual content spend. It’s also been reported that HBO Max is expected to cost slightly more than HBO Now’s existing $14.99 package. The new platform will draw content from across the WarnerMedia empire in addition to developing original content and launch with upwards of 10,000 hours of programming.

Notable licensing deals already include $425 million for five years of Friends and exclusive streaming rights to all 12 seasons of The Big Bang Theory for more than $500 million. HBO Max is also eyeing a lucrative deal for Two and a Half Men. Headline-worthy originals in development include a spinoff of Warner Bros.’ upcoming Dune blockbuster, an adaptation of the dystopian novel Station Eleven and remakes of the studio’s classic sitcoms. WarnerMedia’s parent company, AT&T, spent more than $14 billion on overall content in 2018.

Hulu’s annual content budget is $2.5 billion, according to The Hollywood Reporter, but that’s going to increase now that Disney has assumed full control over the streaming service. The over-the-top platform surpassed 30 million subscribers earlier this year as a U.S. only product. While there aren’t currently any international expansion plans, Disney is expected to infuse the on-demand service with a bundle of resources, including a bulked-up content library.

The more adult-skewing content from 21st Century Fox, including basic cable provider FX Networks, will be re-routed to Hulu under Disney. High-profile originals in development include a miniseries about Catherine the Great, Reese Witherspoon and Kerry Washington’s Little Fires Everywhere, The Devil in the White City from producers Martin Scorsese and Leonardo DiCaprio, and a Hardy Boys series.

Disney’s move to assume full control of Hulu valued the company at $27.5 billion.

During its investor day in April, Disney said that it had earmarked $1 billion in original content spending for Disney+ to start and $1.5 billion to license content from its own catalog. Mouse House executives also revealed that they expect its original content budget to rise to $2.4 billion within the next five years. The Walt Disney Company spent nearly $24 billion on content overall in the last year, though that price tag extends to theatrical releases, broadcast and cable television (ABC, Freeform, ESPN), and three separate streaming services (Disney+, ESPN+, Hulu).

Why is Disney+ seemingly behind the competition in this regard? To start, the platform will be relying far more on its own back catalog of classic content than pricey originals. With brand name power in Marvel, Pixar, Lucasfilm, Fox, and Nat Geo, Disney+ can afford to let its legacy programming do the talking at launch. But costs will soon shoot up. Within the first 12 months, Disney+ will release more than 25 original series and 10 original films. These include the blockbuster Marvel miniseries, which will reportedly carry budgets between $100 million and $150 million.

As of this writing, Disney holds a market cap of $239.2 billion. 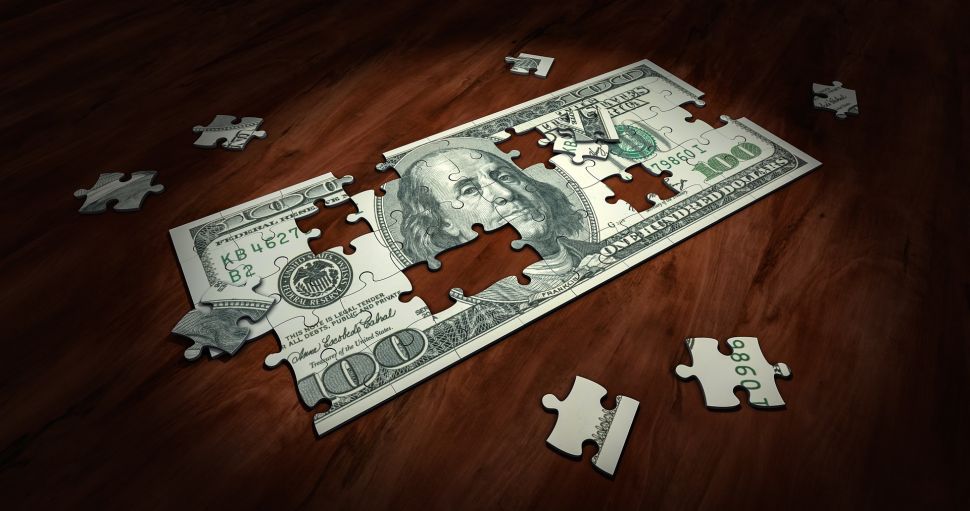